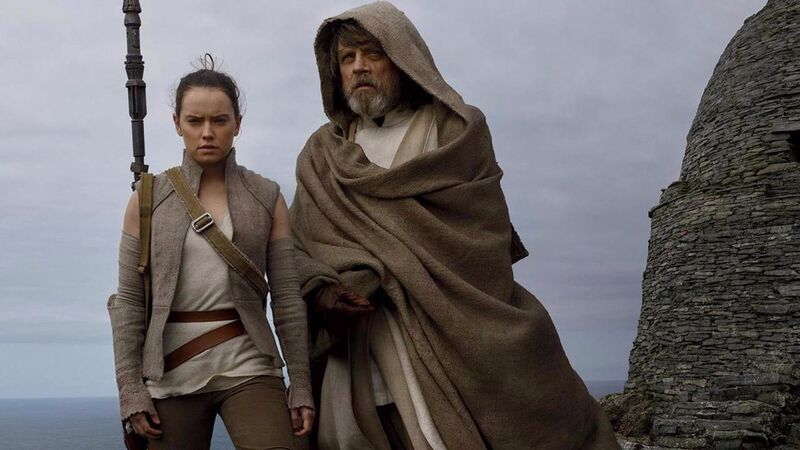 UPDATE: Mark Hamill Responds to His ‘The Last Jedi’ Comments

UPDATE: Mark Hamill’s comments about The Last Jedi and writer/director Rian Johnson’s creative direction with Luke Skywalker caused quite the kerfuffle. Hamill recently spoke to Variety and clarified his feelings:

“I got in trouble, because I was quoted as saying to Rian that I fundamentally disagree with everything you decided about Luke, and it was inartfully phrased. What I was, was surprised at how he saw Luke. And it took me a while to get around to his way of thinking, but once I was there it was a thrilling experience. I hope it will be for the audience too.”

Hamill probably got reprimanded by the publicity department and has to do some damage control. Granted, his original comments sounded like an actor speaking about a character he feels very close to. Whether there is some truth to his reactions will be revealed when The Last Jedi hits theaters.

The Last Jedi is going to give us our first real exploration into Luke Skywalker after the events of Return of the Jedi. We know very little about his state of mind during The Force Awakens and how he’ll react to everything that has happened in his absence. It promises to be a compelling part of the Star Wars story. But, it sounds like Mark Hamill might not be on board for what’s about to happen.

During the Vanity Fair issue, Hamill spoke about his reaction to Luke’s character in The Last Jedi:

…after reading Rian Johnson’s script for The Last Jedi, Hamill said, “I at one point had to say to Rian, ‘I pretty much fundamentally disagree with every choice you’ve made for this character. Now, having said that, I have gotten it off my chest, and my job now is to take what you’ve created and do my best to realize your vision.’”

WOW. That’s pretty heavy criticism. Hamill obviously has a strong attachment to the character. Could his reservations about the script reflect some big changes for Luke in The Last Jedi?

What Does Luke Do (Or Not Do)?

It’s possible that Hamill disagreed with decisions Luke is going to make in the film. Could it be some kind of betrayal? Does Luke end up becoming something of a villain by the film’s end? Or does Hamill’s comments have more to do with how Luke is treated in the film? Is it possible he won’t be much more than a Yoda figure? Maybe he is asked to help the Resistance and refuses? Is Hamill upset that Luke is not quite the hero he remembers him as?

This definitely raises a lot of questions about Luke’s role in The Last Jedi. We know he’ll be spending a lot of the movie training Rey, but what else might happen? Could this even hint at Luke’s potential death?!?

This adds a whole new layer of intrigue to The Last Jedi. December 15 can’t get here soon enough.