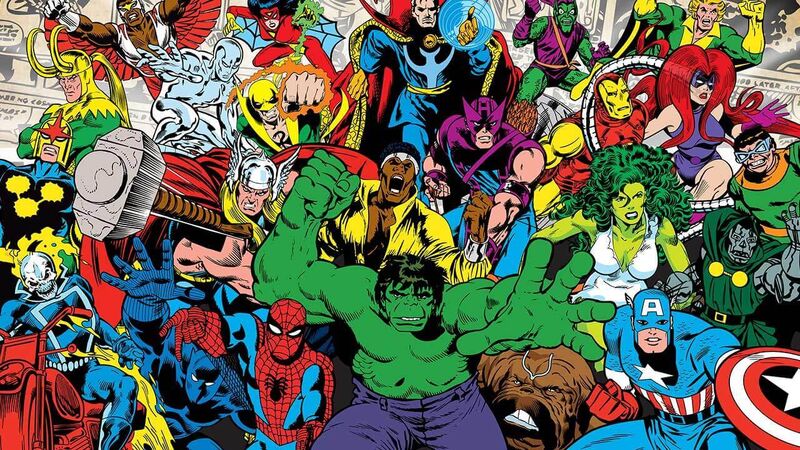 Marvel Comics: Who’s Who, Day One

Marvel Comics is a prolific company; with hundreds of character and a lot of comics releasing monthly it’s easy to lose track of characters and plotlines. This is a guide of who’s who in the Marvel universe right now, picking up with all the new first issues following the recent Secret Wars event.

Sam Wilson, the hero known as The Falcon, is using the mantle (and shield) of Captain America right now. Original Cap Steve Rogers had the super soldier serum removed from his blood in a fight and is now physically as old as he is supposed to be. Sam is doing his own thing against strong opposition from the exact sort of people who are opposing a black Captain America in real life with the help of Heroes of Hire’s Misty Knight, professional wrestler turned superhero D-Man, his falcon Redwing (who is now a vampire because he got bit in the last story arc). There’s also a new Falcon; a man named Joaquin Torres who was turned into an animal-human hybrid by mad scientist Karl Malus.

The new Thor is longtime supporting character Dr. Jane Foster. In the Original Sin storyline, Nick Fury whispered something in Thor’s ear that caused him to become unworthy to hold Mjolnir.  Thor is still running around the world, less an arm, fighting the good fight under the name of Odinson, but Jane Foster is using the hammer unbeknownst to anyone else right now. The catch is that she’s undergoing chemotherapy for breast cancer. When she transforms into Thor, it leeches the treatment from her blood whilst allowing her cancer to thrive, so becoming a superhero is actually killing her.

The exact logistics of this have not been explained and likely never will be, but during the events of Secret Wars, Miles Morales gave a three-week-old cheeseburger to Owen Reece, The Molecule Man, who had been asking every character that visited him in his weird sanctum for food. As a reward, Reece transferred Miles from the Ultimate Marvel universe to the normal 616 Universe, bringing his mother back to life in the process. His family, his best friend, and his super-villain-turned-superhero acquaintance Bombshell have been transplanted with him. It’s unclear how his inspiration to become Spider-Man from the death of that universe’s Peter Parker, his mentoring by the Ultimate Aunt May and Gwen Stacy, and his palling around with Parker clone Jessica Drew the Ultimate Spider-Woman have been changed or if Miles is aware that he was transferred from one universe to another.

The original Spider-man, Peter Parker, has now headed up his own multinational corporation and is doing the Tony Stark thing, with Spider-Man serving as his “bodyguard” (when they appear together it’s The Prowler in the suit) over in the Amazing Spider-Man book. So Peter is embracing the science hero nature of Spider-Man while Miles is doing the street level down-on-his-luck vigilante angle.

Carol Danvers is not a new character; she’s been around the Marvel universe as Ms. Marvel for decades but a few years ago she took on the mantle of Captain Marvel.  She’s currently serving on a space station protecting the Earth from alien threats with Abigail Brand and the Canadian super team Alpha Flight.  She’s also serving on The Ultimates (a team that is no longer tied to the Ultimate universe) with the second Captain Marvel, Monica Rambeau. The original Captain Marvel is still dead, as is his son Genis Vell (who briefly held the moniker with Rick Jones who is creeping around on the fringes of the Marvel universe.)

With Carol out of the Ms. Marvel role, the mantle has been picked up by Kamala Khan. Kamala is a Muslim Pakistani-American teenager living in Jersey City. When the Terrigen Mists, the catalyst that Inhumans use to gain their powers, escaped into the world, it transformed various humans with Inhuman DNA in their blood from ancestors into new heroes and villains. Kamala can change shape and appearance, grow or shrink in size, stretch her body parts, heal any wound, and is super strong.  Her choosing of the name Ms. Marvel was not influenced by Carol Danvers beyond the fact that Kamala is a bit of nerd who is obsessed with superheroes. She and Carol only met for the first time just prior to Secret Wars.

Sam Alexander is a teenager living in a small town in New Mexico. His father was part of a clandestine part of the Nova Corps called the Supernovas. When his father disappeared on a mission in space, Sam took his father’s helmet and become a superhero in his own right. Original Nova Richard Rider is trapped in the Cancerverse, a nightmare dimension introduced in Dan Abnett and Andy Lanning’s Guardians of the Galaxy. He was trapped there with Star-Lord, Thanos, and Drax the Destroyer and a recent story arc of Guardians finally explained why those three are back and Richard isn’t — he’s trapped and though he’s not dead since nothing can die there, he’s stuck there along with all of the Nova force for the foreseeable future. It’s unclear what happened to the rest of Rider’s Nova corps and a time-displaced Namorita and they have been mentioned as still missing in a recent issue.

To be continued tomorrow…