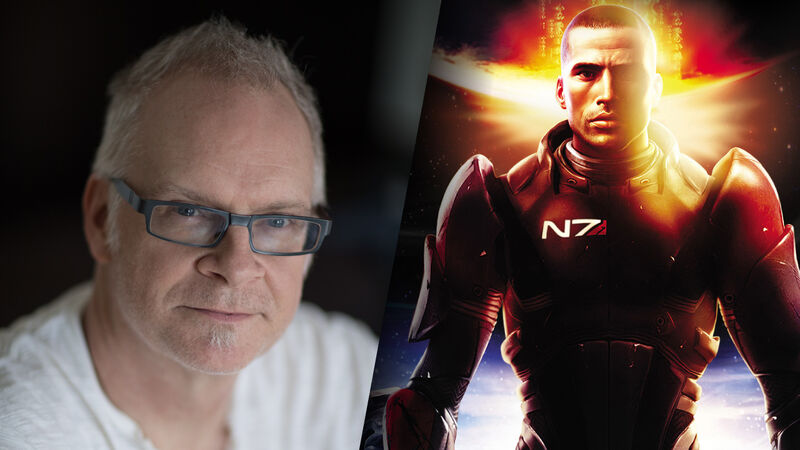 Over the last 20+ years, the prolific composer has scored the soundtracks to many best-selling titles, including the Myst franchise, Splinter Cell, Jade Empire, Mass Effect, and Call of Duty. His works have brought excitement to action sequences and depth to emotional ones.

FANDOM spoke with Wall ahead of his concert in Los Angeles. Wall shared what inspires him to work as well as his favorite titles. (Yes, he’s a gamer himself when he has a spare moment.)

FANDOM: Do you build the soundtrack around the game or vice-versa?

Wall: Yes, always around the game. I generally will get video playthroughs of an entire level and then I do what’s called a “spotting session” with the audio director where we figure out where music is going to go and what the function of the music is, the palette, etc. We try to create a story through the gameplay of the level and an arc to the drama of it all. It’s similar to scoring a movie.

FANDOM: How do you approach creating soundtracks for games in different genres? Do you gravitate to one over another?

Wall: Well, I really love sci-fi and action adventure, but also projects which have some drama to it and a real story. Story is paramount for me. Telling stories is where my passion lies.

FANDOM: What routine do you do to get in a composing mood?

Wall: Coffee. Nuff said. Well, except that you have to just sit down and do it. If I’m stuck or it’s not happening, I’ll walk away. I’ll literally go for a walk to clear my head or take a shower. Those are my 2 go-tos for priming the creative pump. It’s about opening yourself up to what it should be. But also, you really just have to trust your instincts. Over the years, I have learned how to do that….that my first thoughts are almost always my best thoughts. And to just go with that.

FANDOM: What are your favorite soundtracks, gaming or otherwise?

Wall: The usual suspects, I suppose. I love Tom Newman, John Williams, James Horner (RIP), James Newton Howard, Hans Zimmer. But also my friends in the games industry as well. I’m a fan of Richard Jacques, Sam Hulick, Jimmy Hinson (Big Giant Circles), Gordy Haab, and too many others to name. I also love TV music as well. Trevor Morris and Sean Callery are among my faves.

FANDOM: What’s your favorite instrument or sound you try to put in your compositions?

Wall: Something I haven’t heard before. But you know. Cello. It’s so versatile and wonderful. I like guitar and guitarviol if they are played in ways we don’t hear every day. A really great mysterious voice works for me. Making new sounds from synths and sampling the world. I love finding musicians that do interesting and unique things with their instruments. I once hired a musician who made her own instruments out of clay.

FANDOM: What games do you play? If you play Mass Effect, who is your favorite character and why? Paragon or Renegade?

Wall: I like to play the games I work on — just to see what damage has been done. But also others that I know have great soundtracks. I’m currently playing Uncharted 4 with The Last of Us on deck. (Yes, I’m so behind!) I’m pretty busy so I can’t play a lot. I end up watching TV to unwind. But you know … FemShep Paragon works too. 🙂

He is also composing the music for Shadowhunters: The Mortal Instruments airing on Freeform.