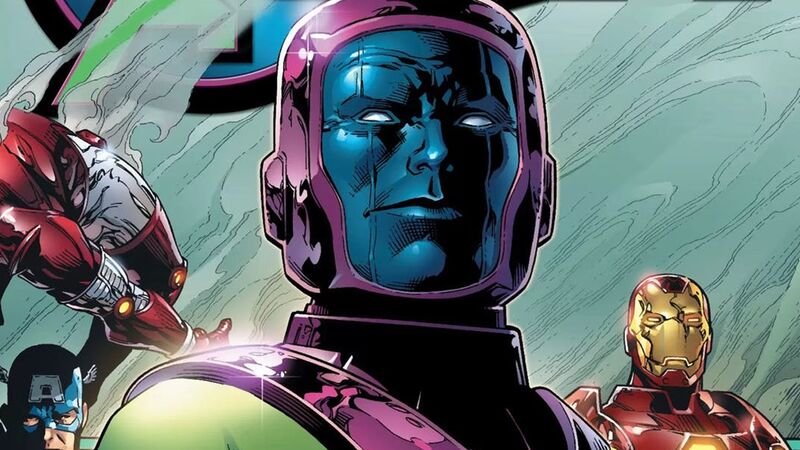 Who Should Be the MCU’s Next Big Bad?

Phase Three of the MCU wraps up next May, and although details are scarce, one thing we can count on is a new villain to take Thanos’ place as the MCU’s big bad in Phase Four. Thanos first appeared way back in The Avengers, setting up his spotlight as the main villain in Infinity War, as well as the overall big bad in the entire MCU to this point. After Thanos gets what’s coming to him (we hope), the MCU will need another main villain who can torment our heroes for the foreseeable future. Who should it be?

Arguably the Avengers’ archnemesis, Kang has been around almost from the beginning and has caused them almost continuous trouble to the present day. A time-traveling adventurer turned conqueror, he has become obsessed with ruling not only the future from which he hails but every part in the timestream. Utilizing advanced technology and a knowledge of future outcomes, Kang stands as one of the Avengers’ most dangerous adversaries.

Next year’s Avengers sequel might feature time travel in some form. If so, that could open the door for Kang to appear. Kang comes with a backstory convoluted even by comic book standards, but the MCU excels at streamlining comic book excesses. Besides, if Phase Four is truly going to be different from what came before, what could be more different than a time-traveling conqueror fighting a literal war with his pacifistic future self? Plus, altering the timeline would be a great way to integrate the newly-acquired Fox properties in the MCU proper.

The MCU has a habit of killing its villains, making their returns as recurring threats unlikely at best. In next year’s Captain Marvel, the titular hero will face not an individual foe, but an entire alien race — in the form of the shape-shifting Skrulls. Even if they eliminate the immediate threat, it’s unlikely Carol Danvers and company will wipe out the entire species, leaving Earth open to a revenge-minded galactic empire.

The Skrulls have been around since the second issue of The Fantastic Four, impersonating the super team in advance of an invasion that never materialized. In the Secret Invasion storyline, the Skrulls played the long game, painstakingly replacing superheroes with Skrull imposters and infiltrating S.H.I.E.L.D to the highest levels. Could their introduction in the ’90s-set Captain Marvel be the start of a decades-long plan to conquer Earth from within?

One of the joys of comics is seeing the mysterious new threat facing our heroes turn out to be a fan-favorite baddie returned from defeat. In the MCU, no villain is more suited to this than Ultron, the twisted AI created by Tony Stark. In the comics, Ultron is one of the Avengers’ most prominent and dangerous enemies. Like all good villains, every time the heroes seem to have destroyed him, he returns deadlier and more destructive than before.

The MCU’s Ultron lacks the almost Oedipal relationship with his creator Hank Pym and Janet Van Dyne. However, if the movie Ultron’s “father” doesn’t return for Phase Four, the fact that the Avengers foiled his plans and seemingly destroyed him is enough to put them in his psychotic crosshairs for years to come.

The Masters of Evil

An ever-changing collection of solo villains united for the singular goal of destroying the Avengers, the Masters of Evil are essentially the Avengers’ evil twin. Despite their lack of truly cosmic abilities, they’ve managed to cause more lasting damage to the Avengers than even Thanos. Villains from every walk of life and every power level have populated the Masters, from the Enchantress to Moonstone to the Wrecking Crew.

Formed by the original Baron Zemo to destroy the Avengers, they took over Avengers Mansion, beat Hercules into a coma, and tortured poor Jarvis all in the span of a few issues. It would be easy to bring the Masters into the MCU since the roster is ever changing. Each solo film’s villain could survive, with the MCU’s Zemo recruiting them post-credits, a la Nick Fury in Phase One. They might not pack the cosmic punch of Thanos, but they can hit the Avengers close to home in ways a galaxy-sized threat never could.

After accidentally learning that she’d had children that turned out to be constructs of her mind and later had her memory wiped, Wanda Maximoff goes mad, destroying Avengers Mansion and killing several Avengers in the process. To follow that up, she alters reality to one in which her father, Magneto, rules an ostensibly utopian society. When that doesn’t work, she strips nearly the entire mutant population of their powers with a metaphorical snap of her fingers.

The Scarlet Witch has spent most of her 50-plus years in the comics as a perennial and indispensable member of the Avengers, but when she does go bad, she really goes bad. Her reality-altering powers would be a formidable challenge for her teammates, whatever that roster may look like. Plus, having to take down — or take out — one of their own would skyrocket the emotional stakes.