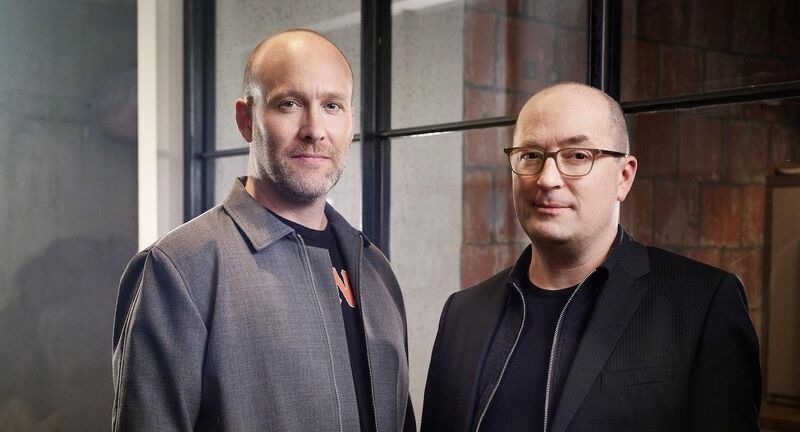 The Marvel Cinematic Universe is one of the most successful movie franchises of all time. But while George Lucas and J.K. Rowling are household names, most people probably can’t identify who wrote the two biggest Marvel movies: Avengers: Infinity War and Endgame.

In fact, two writers scripted both movies. The writing duo of Christopher Markus and Stephen McFeely also wrote the three Captain America movies, and before that the Chronicles of Narnia trilogy and a Michael Bay-directed true crime heist film Pain and Gain. They always work together and have never written a movie alone. By total box office grosses, Markus and McFeely are the most successful movie writers of all time. But while they’re far from reclusive — they’ve given plenty of long interviews to chat about their process and their films — Markus and McFeely don’t get anywhere near the attention they’re probably owed for a nearly unblemished record of mega hits. They even share a Wikipedia page.

Markus grew up in Buffalo, New York and went to college at Rutgers University. McFeely is from the Bay Area in California and majored in English at the University of Notre Dame. The two met in the graduate program in creative writing at UC Davis in 1994 and quickly hit it off. When McFeely’s uncle gave him a book about how to sell scripts in Hollywood, he suggested to Markus that they could work together writing for television or movies.

They drove down to Los Angeles in 1996 and gave themselves four years to find success in the movie business. “We didn’t come with a dream of a particular film in mind,” said Markus. “We just wanted to write.” They set to work figuring out the mechanics of a screenplay by drafting several spec scripts for Friends and “a thriller that was not thrilling,” as McFeely later described it.

Their first break as professional screenwriters came in 2004 when they were hired to pen a biopic for HBO called The Life and Death of Peter Sellers. The film cleaned up at that year’s Emmys in the “miniseries or television film” category, earning a best actor for Geoffery Rush, best directing for Stephen Hopkins — and best screenplay for Markus and McFeely. Their success drew the attention of director Andrew Adamson (Shrek), who was looking for someone to take another pass at the screenplay for his upcoming adaptation of the children’s fantasy novel The Lion, the Witch, and the Wardrobe. Specifically, Adamson needed the characters tweaked so they felt more distinct and unique, while still authentic to C.S. Lewis’ novels. “We got on to this movie for having a small skill, and then just didn’t fall over our shoelaces while writing the big epic things, and it kept going from there,” Markus told an audience at the 92nd Street Y.

The first Chronicles of Narnia movie made $745 million worldwide. Markus and McFeely then wrote part two, the less successful Prince Caspian, and followed up with a little-seen crime movie starring Ben Kingsley and Téa Leoni called You Kill Me. They were working on The Voyage of the Dawn Treader in 2007 when the Writers Guild of America went on strike. “As we were walking the picket line I remember getting the call that’s basically, ‘Don’t come back to Narnia, we’re moving on,’” McFeely said.

Just after the strike ended in the spring of 2008, however, Marvel released the first Iron Man movie starring Robert Downey Jr. Its massive success meant the studio would move forward with movies for both Thor and Captain America. It was Marvel’s idea for setting the Captain America movie during World War II that inspired Markus and McFeely. “We learned that they were going to do a period superhero movie, which was awesome to us,” McFeely told Collider. “So we chased it all through the summer, and we only got the job in the holidays of 2008.”

While The Chronicles of Narnia was a relatively straightforward adaptation of an existing story, for Captain America: The First Avenger, Markus and McFeely had to distill nearly 70 years of Captain America comic books into a wholly new narrative. And despite the historical time frame, they needed to make sure that a superhero who wears the American flag for a costume would still resonate with modern audiences. “He has to start in the 40s,” Markus said in an interview with Kevin Smith and Marc Bernardin. “It’s the only period where you can justify looking like that.” While Captain America: The First Avenger didn’t quite reach the astronomical revenues of the later Avengers movies, it pulled in more than enough cash to require a sequel. Markus and McFeely were also able to launch the spin-off series Agent Carter, showing Peggy Carter’s post-war work for SHIELD, which ran for 18 episodes on ABC.

For Captain America: The Winter Soldier, which would place Steve Rogers in the modern day, Markus and McFeely developed the idea of a paranoid, Jason Bourne-type spy thriller. To break the Avengers up in Captain America: Civil War, Markus and McFeely wanted to upend the typical comic book movie ending, and thought of surprising the audience along the lines of the movie Seven. “We’re not immune to the conversation about how comic book movies and sometimes Marvel has a pretty similar formula where some big thing hovers over a city and wants to rain crap down on top of people,” McFeely told Collider. “We tried to fool people into thinking maybe they were going to get a similar punch up third act with super soldiers and everything.”

Writing the movies involves long hours and repetitive days sequestered in a conference room in the Marvel Studios offices. To create the story for Avengers: Infinity War and Endgame, Markus and McFeely spent months poring over back issues of comic books, brainstorming and throwing out ideas with the sibling director/writers Joe and Anthony Russo. “We have made four movies in a row,” Markus said. “We should be on each others nerves by now. but it has worked out. We interlock very well.” Infinity War, as the 19th movie in the Marvel Cinematic Universe, was the culmination of all those stories and included just about every major character that had appeared so far. At the same time, writing in 2016 meant they were creating scenes for characters like Thor, Black Panther, and Spider-Man, who had solo movies by other writers and directors that hadn’t even been released yet.

Although the idea of Thanos collecting the six Infinity Stones to cull half of all sentient life in the Universe was from the 1991 Infinity Gauntlet crossover written by Jim Starlin, the movies To keep the story straight, they had little trading cards made with a photo of every character who had survived so far in the MCU. As they wrote, they would move the photos around different walls to show who was appearing in different scenes, like a string map in a conspiracy movie.  “It appeals to a little bit of my OCD,” said Markus at the 92nd Street Y. “The puzzle of it, the structure of it, is exciting even though it was quite difficult.” While Markus said the process “appeals to my ADD, because I can look at movie one and get stuck on something and go, ‘Can we just talk about movie two over here?’”

Their working relationship is based less on compromise and more on a shared vision and story sensibility. Markus and McFeely are also flexible with their ideas and realize that most of the script will end up quite different through multiple revisions, filming the scenes, and editing the movie into its finished form. The long process means fights in the writing room aren’t worth the trouble. “You go, ‘What is my deepest feeling? A desire to stop working,’” Markus said . “So if I give in, I’ll finish. But if I continue the fight this will just go on, I’ll be here.”

What’s most obvious about their work is that Markus and McFeely also bring a true fan’s love of comic books and great stories to the screen. “It’s about fan service, and we are the fans that we service,” McFeely told Collider.