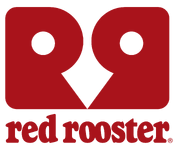 2021 is going to be a MEGA year. Forget 2020, we’re starting afresh and we’re ready to take on all the mega challenges this year brings. By challenges, we of course mean games. The next 12 months will bring some of the biggest and most exciting drops in virtual entertainment we’ve ever seen and we can’t wait to get stuck in.

This is a seriously exciting one but we can’t yet say for sure that it will happen in 2021. Bethesda’s first brand new RPG series in 25 years, and an idea that has supposedly been floating around the studios for over a decade, Starfield is an action-adventure set in space. That’s pretty much all we know but if it’s anywhere near as good as The Elder Scrolls or Fallout, we know we’re going to be in for a ride.

Halo Infinite sees the return of the iconic Master Chief, the hero of the main five Halo games, and seems to be set several years after the events of Halo 5. Classic Halo action looks set to continue in the next edition of this landmark first-person shooter series with expanded weapons and upgrades systems. The new game will be making full use of the high-powered Xbox system to bring lush terrain and exotic landscapes to life as well.

A zany action game where you play as Raz, a psychonaut hunting through trippy levels contained within brains in jars. The first game became something of a cult classic way back in 2005 and the sequel’s trailer features the voice of Jack Black, who has previously stated that playing the game is a lot like taking magic mushrooms. Should be a fun one.

Zelda: Breath of the Wild 2

This one goes on the maybe list as we still don’t have a tonne of details from Nintendo yet as to when we might see a full-blown return to Hyrule. The prequel-esque Hyrule Warriors was enough to keep whet our appetites but when the new game arrives we will certainly be hungry for another round against the evil menace Ganon. There have long been rumours that this game will feature gameplay with Zelda as the main character and we live in hope of this reality.

Blizzard has gone dark on the updates for Overwatch 2 but we expect that we will see it in 20201. The gameplay looks to be an expansion on everything that made the first game so good with new heroes and new gameplay. It’s not a direct sequel as such and will feature a lot of the narrative and structure of the first game but with a focus on player v environment play instead of player v player.

The studio behind Dishonoured is bringing us their take on assassination multiplayer by blending their best selling title with a Wolfenstein feel and setting it in the near-future party town of Blackreef. Two assassins locked in head-to-head combat battle it out in a never-ending barrage of hedonism that resets back in time every evening. Sounds great.

Ubisoft is hitting us with the sixth instalment of their insanely popular Far Cry series. It looks to be a prequel to earlier games, possibly Far Cry 3, and is set in the revolutionary South American land of Yara, with Breaking Bad arch-baddie Gustavo Fring aka Giancarlo Esposito playing the murderous dictator. Your job is to stoke the fires of revolution and overthrow him. It’s going to be wild.

Sony has planned a new action-adventure PlayStation-exclusive sequel to the wildly popular Horizon Zero Dawn. Set in the post-apocalyptic open-world of the American West, Horizon sees your character fight ecological breakdown and the rise of the machines in a frighteningly-relatable future. Utilising the full power of the PS5’s ray tracing system, the game looks absolutely stunning but we may have to wait until the latter half of next year to play it.

Set in a post-apocalyptic Tokyo, where the population has been almost entirely wiped out by some supernatural presence, you play as a spell-casting hero who has to blast their way through hordes of Slenderman-like beings to save the city. It’s fairly familiar territory for Tango Gameworks who have a history in the horror-adventure genre.

God of War: Ragnarok is definitely one of the most anticipated games of 2021. It follows on from the events of GoW 2 where we discover that Kratos’ wife was actually a giant and that Atreus is half-giant half-god. Gameplay looks to focus around the Nordic end-of-days legend and we will likely be killing our way through the pagan pantheon. Expect late 2021.

Gran Turismo 7 is shaping up to be a proper next-generation racing game. Polyphony is capitalising on the nostalgia of the title series by bringing back the world selection map of GT4 while supercharging the whole experience with all the latest cars, tuning upgrades, and real-life maps, not to mention the incredible graphics of the PS5. It’s one of the most realistic driving simulators we have ever seen.

The eighth instalment of the series, and the third and final part of the World of Assassination trilogy, sees the ruthless Agent 47 taking out targets in Dubai and England. While Dubai is more familiar territory, the sprawling estate of Thornbridge Manor looks as though we will playthrough more assassination puzzle-solving which worked so well in Hitman 2. IOI has announced that all previous missions from Hitman 1 and Hitman 2 will also be transferable from previous games to play in lush 8K rendering.