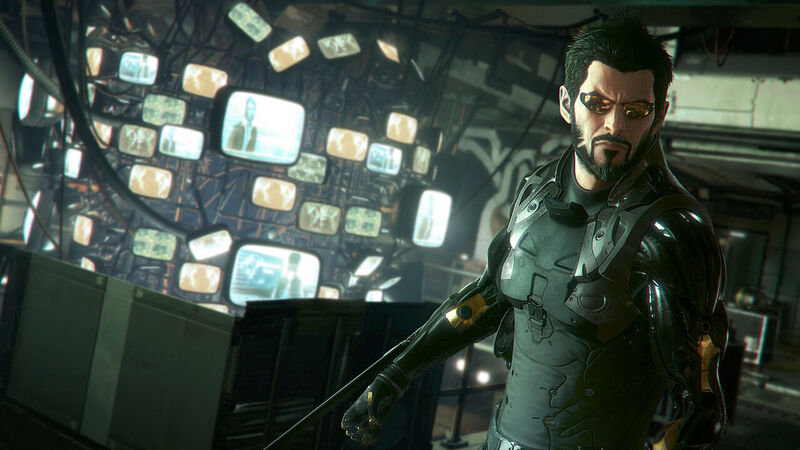 The Deus Ex universe, despite its gritty cyberpunk tone, has spawned a number of great memes and fan-made machinima over the years. With Deus Ex: Mankind Divided‘s August 23 release fast approaching, now’s the perfect time to highlight our favorite memes and machinima from the series.

Sometimes, you just can’t help but move to the beat, even when you’re hiding from enemies or saving scientists from their impending doom, as protagonist Adam Jensen shows us in this machinima piece from Deus Ex: Human Revolution.

In this clip from the original Deus Ex, lead character JC Denton is quick to offer Sandra Renton his condolences on her father’s death. It’s the least he can do, since he’s the one who just killed him!

How JC Denton and Jock are able to carry on a normal conversation over the whirl of helicopter blades here is maybe more impressive the Denton’s preternatural sense of the mechanic’s devious intent.

If you’re a renter, this video is pure wish fulfillment. Who hasn’t fantasized about doing something like this when their landlord has yet again put off fixing something in their home?

Every time we use this particular augmentation in Deus Ex: Mankind Divided, you better believe that we’ll be yelling “Taser fists!” at the top of our lungs.

Bellying Up to the Bar

Don’t you dare get between a man and his… Shanghai Gut Punch?

This hilarious recut of the original Deus Ex game streamlines the narrative substantially: “Don’t shoot! You’re too late. I surrender!” Well, that was certainly easy.

Fans of Deus Ex who checked out the Call of Duty: Black Ops III trailer last year probably noted the game’s striking visual similarity to Deus Ex’s futuristic cyberpunk vibe. But instead of getting angry, the Deus Ex twitter account got cheeky with the above image.