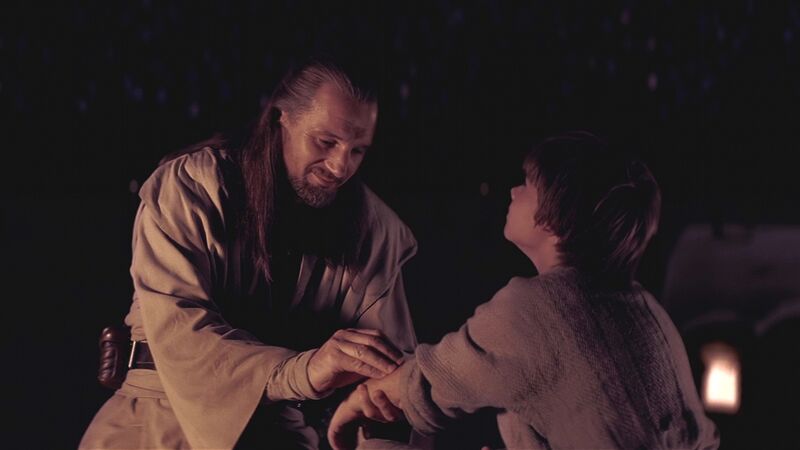 Why Midi-Chlorians Ruin the Magic of Star Wars

The Star Wars universe contains all kinds of fantastical elements that help establish it as one of the richest and most imaginative stories in science fiction. Sometimes, these elements are clearly defined in a way that makes Star Wars seem as though it could occur in an actual galaxy far far away. Other times, these pieces aren’t explained as thoroughly and become more mysterious and compelling. This is the case with Midi-chlorians. Midi-chlorians are an attempt to explain the spiritual and all-encompassing concept of the Force, but fans are still unsure how exactly to take it as a concept within the universe.

What Are Midi-Chlorians and Where Did They Come From?

Midi-chlorians were first mentioned in The Phantom Menace but were apparently in George Lucas’ imagination since the late ’70s. They are sentient microscopic lifeforms that reside in the cells of all living creatures and originate from a mysterious planet at the center of the galaxy. The Force is channeled through midi-chlorians, but only if a force-sensitive person has enough midi-chlorians in their body to be sensitive to the omnipresent power.

In the Star Wars universe, midi-chlorians are considered to be another part of a cell. The idea draws inspiration from the real-life mitochondria – the part of a cell that is sometimes described as a “cellular power plant” as it turns nutrients into energy. Similarly, midi-chlorians allow an individual to channel the spiritual force around them into usable attacks or techniques, although most of them have become non-canonical as they only appeared in extended universe content.

From a storytelling and genre perspective, the presence of midi-chlorians cements Star Wars in the science-fiction genre rather than science-fantasy. While the difference may seem subtle, it has a huge impact on the tone of the series and the kind of stories it tells.

In science-fiction, every far-out concept gets an explanation through some real-world science or engineering. This is just like the Fallout franchise where every less-than-realistic element is considered a result of radiation exposure or genetic modification. Science-fantasy, on the other hand, does not offer any grounded explanation for its more bizarre elements and instead presents them as their own scientific field. This is like how in the Pokémon games the existence and creation of the titular monsters are explained using only science from within the game.

This difference allows science-fiction stories to be more intimate and relatable examinations of any subject matter, while science-fantasy stories allow any theoretical idea or narrative to appear and affect the plot. Basically, midi-chlorians make the Star Wars franchise more grounded; which might not be the best thing for a story that is a giant, dramatic, space opera.

In the Star Wars narrative, midi-chlorians primarily exist to make Anakin Skywalker – the future Darth Vader – an even bigger deal than he already was. Anakin has the highest midi-chlorian count ever recorded and was possibly conceived as an expression of the Force’s will. This makes Anakin the fabled ‘Chosen One‘ that is destined to defeat the Sith and restore balance to the Force. This is also where midi-chlorians start to bring down the story of Star Wars.

The appeal of the original trilogy centered on the fact that the main characters are mostly just normal people living in an extraordinary place and need to rise to a tremendous occasion. However, midi-chlorians narrowed the scope of a universe that is supposed to be full of possibilities. Midi-chlorians made becoming a Jedi something that you had to be chosen for, rather than earn. They also grounded one of the most enigmatic elements of the Star Wars universe and made it clear that such fantastic ideas were never going to appear again.

Most fans have a negative opinion of the existence of midi-chlorians as they demystify the iconic and inspiring concept of the Force. In the original trilogy, the Force offered incredible powers and abilities to anyone who put the time and effort into learning how to harness it. With a bit of faith and training, anyone could use the Force to topple an evil empire and rescue the princess. Midi-chlorians dashed those dreams and made it so only a special breed could use the force and save the day.