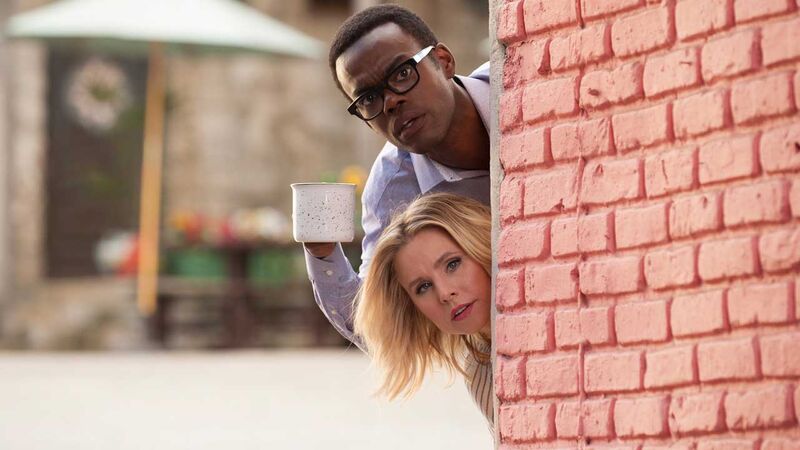 As we officially enter TV’s anticipated midseason, marked by the return of so many fan-favorite TV shows, it’s the perfect time to catch up. Whether you’re behind on entire seasons or if you just need a quick rewatch refresher, Hulu’s got you covered.

Don’t forget to set a reminder for these popular TV picks:

Gotham returns for its fifth and final season this January, as the “No Man’s Land” saga begins and the city gets overtaken by the likes of Penguin, Riddler, Scarecrow, Mad Hatter, and dozens of other Batman baddies.

It’s up to Jim Gordon, Bruce Wayne, and a few others who’ve stayed behind to protect the innocent citizens still trapped in the murderous metropolis while new creeps, like Bane and Magpie, join the chaos. Catch up on the first four seasons in time to join the fight for Gotham’s soul.

After five seasons, it was almost curtains for the crew at Brooklyn’s noice!-est precinct. But thanks to a Die Hard-style save by NBC, these outrageous offerers are back on the job this at the top of the new year – and you can binge all of their crime-busting buffoonery to your heart’s content.

From Jake and Amy’s “opposites attract” romance to Boyle’s love of uniquely gross cuisine to the gang’s epic Halloween games, Brooklyn Nine-Nine takes a loving look at the NYPD’s finest and funniest.

Recently picked up for a fourth season, The Good Place’s endlessly amusing take on the Afterlife makes it one of the truly funniest shows on TV.

What if there was a secret point system in place that every human was judged by, and the results determined your ultimate fate in the hereafter? That’s what selfish Eleanor, anxious Chidi, spoiled Tahani, and sweet-but-stupid Jason discover after their untimely deaths send them on a dimension-spanning journey of self-discovery and spiritual hilarity. Filled with serialized twists and turns that one doesn’t usually expect from a TV comedy, The Good Place makes for a comically cosmic binge on Hulu.

Imagine if your expert skills at gaming led future rat-eating dystopian warriors to believe you’re the one true savior of the entire human race. That’s the story behind the crude and uproarious Hulu Original, Future Man – from executive producers Seth Rogen and Evan Goldberg.

The Hunger Games’ Josh Hutcherson plays an underachiever who gets roped into a mirthful, mind-bending time travel adventure in order to save the world from being annihilated by robot overlords. Season 2 lands on January 11, so there’s plenty of time to mainline the first season and get caught up on all the R-rated rambunctiousness.

Now that we’ve highlighted a bunch of hilarity, it’s time for tears. ALL the tears. This is Us has quickly become everyone’s go-to series for devastating drama and weeping catharsis. And with Season 3 in the middle of a winter break, it’s the perfect time to start binging from the beginning and catch up in time for the show’s return mid-January.

Dan Fogelman’s generations-spanning story of a Pittsburgh family, the Pearsons, and the tragic loss of their patriarch decades ago has given viewers a misty-eyed mystery to crack, all while having their heartstrings yanked lefts and right. Mandy Moore, Milo Ventimiglia, Sterling K. Brown and the rest of the stellar cast will take your breath away.

Watch ‘This Is Us’ now on Hulu.

With over 300 episodes, it might be a fun challenge to watch, or re-watch, all 14 previous seasons of hit medical drama Grey’s Anatomy. And since the show’s on a break until January 17, you’ve got some time to do it. And once you start, you’ll be instantly hooked while following Ellen Pompeo’s Meredith Grey and her journey from intern to Chief of Surgery to Hospital Board Member.

You’ll get shocking shootings, brain tumors, aviation accidents, and dozens of other can’t-miss moments of drama and danger as the staff of Seattle Grace Hospital experiences tragedies and triumphs on one of most iconic primetime medical shows of the modern era.

Currently wrapping up its thrilling “David vs. Goliath” season, after almost 20 years on the air, Survivor’s still steaming ahead at full speed. Filled with endless betrayals and countless “OMG!” moments, you can’t go wrong bingeing a season of Survivor – from “Heroes vs. Villains” to “Millennials vs. Gen X” and more!

And it’s the perfect window for watching too since Season 38, titled Edge of Extinction, will start up late February/early March. That’s plenty of time to become a Survivor expert. Would you be able to hang in these tropical paradises? Could you jump off a tall cliff or cling to a totem pole? Let this pioneering reality series put you to the test.

It’s a tough thing to break into FOX’s Sunday Night Animation Domination lineup, with heavyweights like Family Guy and The Simpsons, but Bob’s Burgers quickly made a name for itself as a powerhouse performer and an instant animated classic.

A brisk binge of Bob’s Burgers, which is in the middle of its ninth season, goes down smooth like a Girls Just Wanna Have Fennel Burger (or even a One Horse Open Slaw, for those in the holiday mood). Bob Belcher’s constant love-hate-love relationship with his lovingly inept family makes for a marvelous midseason marathon, whether the exterminator truck out front reads No More Mr. Mice Guy or Rat Be Nimble, Rat Be Dead.

Looking for a legendary three decades-deep catalog of comedy? Hulu’s got all 30 seasons (and counting) of The Simpsons.

It’s been said that every sitcom story and situation has already been done by The Simpsons, and with over 600 episodes, that’s not hard to believe. Within this famed family’s extraordinary exploits you’ll find crazy-lovable townsfolk, hundreds of guest stars (Michael Jackson, Leonard Nimoy, etc), and creepily accurate predictions (President Trump, Lady Gaga’s Halftime Show, etc). The Simpsons, as a landmark series and a pop culture juggernaut, makes for the perfect re-watch. You can even introduce the show to a whole new generation of young eyes. It’s guaranteed to create instant fans.

Watch ‘The Simpsons’ now on Hulu.

If The Simpsons are our First Family, then The Griffins are the loud, crazy neighbors who constantly have the police called on them. Sharp, satirical, and sinister, Family Guy has been pushing comedy boundaries for 17 seasons – and Hulu’s got them all.

What started as a skewering of traditional sitcom storytelling has morphed into a magnificent craze of comedy, catchphrases, and cultural touchstones. And with its new season – which is on break for a month – boasting a fun reference to N64’s Goldeneye game and a touching tribute to Carrie Fisher (who voiced Peter’s boss Angela), the series is still clearly hitting the high notes.