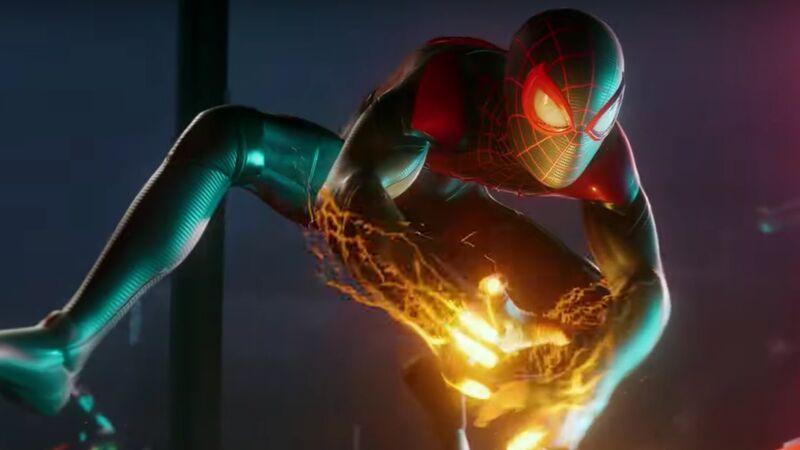 Folks were pretty stoked after the PlayStation 5 Announcement Stream – and why not? Sure, we didn’t get a lot of information on pricing, but we got a surprising number of new IPs coming to the PS5 – most of which were not just spectacle launch titles to show off new hardware capabilities. Also, lest we forget, we finally got a glimpse of the PS5 console! It doesn’t look like it’ll fit in anyone’s TV stand, but what do I know about interior design?

Here are some of the biggest – or most interesting – announcements from the stream.

First up, one of the most exciting – albeit predictable – announcements was for Miles Morales’ appearance in a Spider-Man game (later clarified by Playstation to be an expansion for the PS5 remaster of Spider-Man). While the game already teased him as a playable character, we never got to see or play as Miles’ version of Spider-Man. In the few glimpses of available gameplay, it’s clear that Miles is going to play differently to Peter Parker. Presumably, all the addictive city-swinging will remain familiar, but with Miles’ different power-set, some new combat mechanics are likely to be introduced, mixing up the gameplay with venom blasts and camouflage.

The rodent/robot duo is back and now it’s all about dimension-hopping shoot-em-ups. With credit to the devs, the game looks to be keeping a fast pace with plenty of combat options during gameplay. Insomniac Games look like they’re interested in keeping the action heavy with fun-looking set-pieces that will have players jumping through dimensions and cycling through multiple creative weapon options.

There’s simply no way we can avoid mentioning Stray. In a trailer that might ring a little familiar if you’ve seen Love Death + Robots on Netflix, we watched various robots in different socio-economic situations make a casual life for themselves, with the sort of anthropomorphic actions you wouldn’t think a robot would need (why does a robot need to sit on a padded matt?). But forget all that because the trailer seemed to imply that the player character will be a cat, and I don’t want to be the person who doesn’t say ‘aww’.

There were plenty of fun-looking multiplayer games in the stream – Destruction Allstars certainly comes to mind with its mixture of Rocket League and PUBG – but it’s clear the star of the show was Sackboy: A Big Adventure. Taking the 2.5D concept of its older Little Big Planet siblings, Sackboy: A Big Adventure adds more depth (literally) to the gameplay and invites up to four players to join in. You’ll either strength bonds forged in friendship or create rifts that can never mend. Choose your allies wisely.

There’s not a lot to say about Goodbye Volcano High other than presenting the trailer and letting the emotions speak for themselves. The art looks great and the stories sound like they’re going to hit home for young people. What will we be doing in this game? No idea. But we’re interested to hear more.

The developers of Hitman 3 excitedly told us that this will be the dramatic conclusion to the latest Hitman trilogy. If you’re like me and weren’t exactly paying attention to the story because it essentially came down to ‘This guy’s bad, trust us” every time you had a target, then you may have been scrambling for the Hitman wiki to update yourself on the story since, apparently, it matters. Not to worry: the Hitman-ing is bound to be smooth and precise as ever.

Probably one of the biggest highlights of the event, Kickstarter-backed Little Devil Inside features origami-esc graphics to present a stunning action thriller. With giant, horrifying monsters juxtaposed against an everyday life of mundane activity, it gives the impression the devs have a good grasp of pacing. They also possess a silly sense of humour, as proven by footage of an old guy going for a poo. Plop.

Another new IP, this time from Bethesda, we’ve got Dishonoured-style violence combined with the high-concept B-movie premise you’d expect from Tarantino. A man is hunted to death and then comes back to life immediately and his only way out is to hunt the hunters. Everything about this looks great from the 60s action TV show graphics to the superpowers to the weighty guns. Definitely keep your eyes peeled for more Deathloop.

Get it? ‘Cause it’s Resident Evil ‘VIII’ and those roman numerals fit nicely into ‘Village’. But I digress: one of the most fandom-baiting moments of the night came from Resident Evil: Village – leaving the big reveal until the final moments of the trailer when our old pal Chris Redfield showed up to make macho poses. Taking the claustrophobic, isolated environments of RE7 and introducing various monsters and non-player characters might signify they’re upping the action a little in this sequel, but the familiar desaturated tone and the clueless whining of Ethan make it indisputably a modern Resident Evil game. Didn’t even need Chris to show up and flex.

Finally, we have the sequel to Horizon: Zero Dawn, Horizon: Forbidden West. The good news the is sequel’s title has been upgraded from nonsensical to just plain silly. Luckily, what the trailer has to say far overshadows the ridiculous naming conventions of this otherwise stellar game series. Beautiful landscapes show off the graphical power of the PS5 with Ray Tracing all over the shop, plus some robot creatures that range from, ‘Woah that’s cool’ to, ‘Holy cheese biscuits, I have to fight that??’

Those were our top picks for the PlayStation 5 announcement, but there’s plenty more to talk about so stick around Fandom or follow our Twitter and Instagram for more updates.

Fin Carew
Fcarew
Frequently confuse my origin story with that of Mowgli from Jungle Book. Into video games, movies, and TV shows; and has limited knowledge of proper semi-colon use. Once featured in a Top 50s list called 'Love Men Sex' but don't ask.