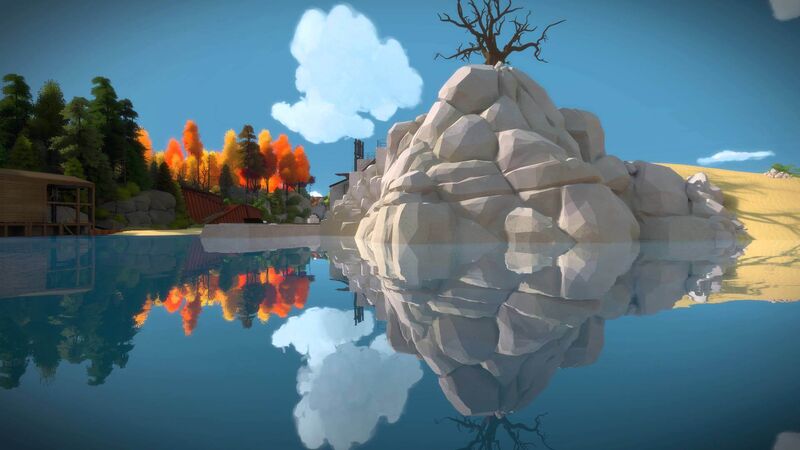 The Witness, the long-awaited puzzle game from Braid creator Jonathan Blow, came out this week on Xbox One. Xbox owners finally have the chance to see what PlayStation 4 and PC players have known for months. There’s a lot to love in The Witness, from the stunning vistas overlooking the gorgeous and diverse island landscape, to the puzzles that require a clever change of perspective or incredible mental gymnastics. But when you’ve discovered all the mysteries of The Witness on Xbox One, why not check out these other puzzle games like The Witness that will give your brain a good workout?

The Witness is a spiritual successor to Myst. Released back in 1993, Myst also tasks you to explore a beautiful and strange island, solving a slew of puzzles along the way. The game was an instant hit and held the title for bestselling PC game ever for nearly a decade. Like The Witness, Myst is steeped in mystery and hidden lore. The first book I ever bought with my own money, as a young nerd, was the game’s novelization, such was my desire to explore the world of Myst even further. If the hidden story in The Witness drives your curiosity, Myst is an excellent addition to your game collection.

You can pick up the Masterpiece Edition now on PC.

Released in 2014, The Talos Principle is another first-person puzzle game set on an apparently deserted island — once again paying homage to Myst. Just like The Witness, The Talos Principle raises interesting philosophical questions with its puzzle-based gameplay. In the case of Talos, you play as a newly conscious android seeing the world for the first time and beginning to understand your place in it. The game features over 120 puzzles and will take even the most skilled puzzle aficionados a sizable chunk of time to explore.

If you’re ready for more like The Witness, you can check out The Talos Principle on PC, Android, and PS4.

Looking for a game like The Witness, but want something playable on the go? Check out The Room and its sequels from Fireproof Games. Originally developed for mobile platforms, The Room franchise offers up some extremely clever puzzle design for a mobile game. Each level takes place in a single room, with the solution to each puzzle hidden somewhere therein. The answers are often hidden in plain sight and require some ingenuity to complete. Even with its simple setting and dark storyline, The Room still creates some magical moments as objects transform into otherworldly passageways before your eyes.

Fans of The Witness will find a familiar sense of wonder in The Room series, available right now on iOS, Android, and PC.

A version of this article was originally published February 2016.