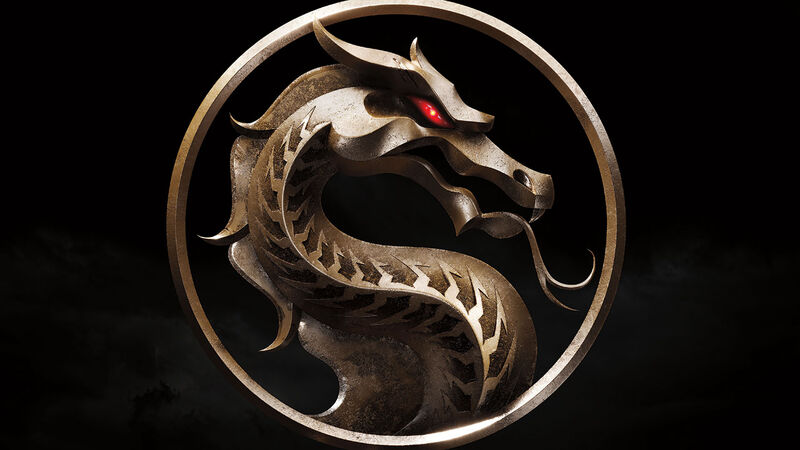 How ‘Mortal Kombat’ Approached Gore, Fights, and Saving Johnny Cage for a Sequel

Nearly 30 years after the game series that inspired it debuted, Mortal Kombat is returning as a feature film, with a brand new movie that goes in a very different direction than the popular 1995 film.

This week, I was able to see the first 13 minutes of the film and speak to producer Todd Garner and director Simon McQuoid about their new take on Mortal Kombat, earning an R rating, and much more – including the absence of Johnny Cage and the debut of Cole Young. You can also get your first look at a quick but effective new promo for Mortal Kombat below featuring footage from the film’s opening sequence!

Unlike the PG-13 1995 film, this version of Mortal Kombat is Rated R, one of several elements Garner said were key to him and his fellow filmmakers – including James Wan, who is also producing the film.

As Garner explained, “There were a few things that we set out at the gate. One was, it has to be R rated. Two, it has to be diverse. Three, it has to be faithful to the culture of each character. Four, they’ve gotta be martial artists. Five, it would really be good if they were the best martial artists. Not surprisingly, it took me 7 years to get this movie made! I had a lot of demands and it took them a minute to get them to catch up with my demands. Luckily, in the meantime, great movies like Crazy Rich Asians got made, Black Panther got made. All of these movies that have diverse casts where they were like, ‘You know what? You could make a lot of money with diverse casts!’ I’m like, ‘Wow! Imagine that, imagine making a movie that just happens to have a diverse cast in it that’s a great movie!’ How about that?’”

Said McQuoid, “I think a lot of video game movies fail — this is just a theory, but this is just my gut feeling — because they don’t respect the material enough. I think they think, ‘Well, we can take this now and do what we like with it.’ Well, you kind of can’t. There’s fundamentals that you cannot change because if you start changing the fundamentals you are messing with the recipe and it won’t taste like it should.”

Mortal Kombat is known for its decidedly gory fights and asked if he was ever worried about going too far with the film version, McQuoid replied, “It was on our minds quite a bit. We had a lot of discussions. It was something that took a fair amount of brain power amongst us because we didn’t want to underdo it and we didn’t want to overdo it. Overdoing it means, with certain things in the game, if you tried to make a real version of that, the film would be un-releasable – that’s just the fact of it. But we knew we wanted to get up to the line and not cross it and the discussions were about that.”

McQuoid said another of the film’s producers, Bennett Walsh, was “A huge, huge important person in the making of this film… Bennet worked on Kill Bill and he knows about blood and stuff like that, so he was really important and really helped me and the team calibrate where we needed to be. We talked about a lot and stylistically they needed to feel right too, you know. It was a lot of discussions about blood!”

Garner said they also wanted to make sure the fights didn’t all feel the same. “I can’t tell you who’s fighting, but there’s one of the most brutal fights I’ve ever seen on film and it’s the most violent, hand-to-hand, insane fight and it’s not who you would expect to have the fight. There’s also a beautiful, operatic fight. There’s swordsmanship and then you have a moment you’ve seen in the trailer where Sub-Zero freezes Scorpion’s blood and stabs him with it. So every fight has its own personality and it’s not that we’re aping, necessarily, particular movies, but being faithful to what does this fight want to be… We’re saying okay, in this fight with these characters, what is the style of fighting that each of them has? What is the best set for this fight to happen on practically, and then what is the tactic and how should that be filmed so each fight has its own language?”

In the footage Fandom saw from Mortal Kombat – and here’s your minor Spoiler Warning for those first 13 minutes – we meet Hanzo Hasashi and Bi-Han in the year 1617 and see what fuels the intense hatred between the men destined to become Scorpion and Sub-Zero. The opening is atmospheric and intense and quickly establishes the brutal fights to follow – and notably features no English dialogue, as Hanzo, Bi-Han, and other characters speak in their native Japanese and Chinese languages for the entirety of the sequence, with subtitles translating.

Said Garner, “In the entire first 13 minutes of the movie, no one speaks English. So what we’re saying to the audience is, you’re not gonna get spoon fed this, you’re not gonna get Asian actors speaking English just for your benefit. You have to read, and you have to understand, ‘Oh, that’s Japanese, oh, that’s Chinese. Oh, they don’t understand each other. Oh, he’s in love, oh, we just saw the most insane tragedy ever, holy s**t! It’s very deliberately in that [Akira] Kurosawa style. Every single fight in this movie has its own personality and it’s true to not only the game but it’s true to the character.”

Garner remarked, “Where you begin the movie is everything, so if you’re starting with whatever character, that’s the movie you’re telling. You saw the beginning of our movie, and that’s the movie we’re ultimately telling. What does it mean when you try to exterminate someone’s entire race? Their entire clan? What is the responsibility of that, what does that mean, and what does it mean to the person who lost everything, or almost everything? What does that person do with it? In this case, one of them goes to hell and sits there and waits and plans his revenge, and the other turns into an ice ninja that can freeze your blood and stab you with it. So clearly we’re setting up the heart of the movie in the first 13 minutes. When you make that decision to start a movie that way, with no English words spoken and with revenge and heartbreak and tragedy, that’s the movie you’re telling. You can’t then just shift gears and have the 90s techno soundtrack and everybody in spandex running around bicycle kicking each other. Once you make that choice you have to stick with it, and for better or for worse, ride that wave till it crashes, and that’s what this movie does.”

The Mortal Kombat games have introduced dozens of characters at this point, so how did the filmmakers decide who they would focus on for this film? McQuoid said they began with wanting to focus on the “classic set” of characters, but on top of that, they felt, “Kung Lao needed his time, he needed to be brought into this because we could certainly pull that off now.” McQuoid laughed about Kung Lao’s “f**king hat,” explaining, “We had to get that hat right and that took a lot of time. But I kind of liked the idea that Kung Lao would now have this presence within the film that would add a new element in Max [Huang]’s casting as him. But it was just sort of the classic set plus who else are we gonna have… and then there’s others in the film as things continue that you find out [about].”

Of course, while the film includes original, 1992 Mortal Kombat game characters like Kano, Liu Kang,Raiden, Scorpion, Sub-Zero, and Sonya Blade, one original game character is conspicuous by their absence. Said Garner, “Johnny Cage is obviously the elephant in the room, and there’s a number of reasons why Johnny Cage is problematic in this movie, this particular movie, out of the gate. One, he’s a very big personality and so he needs his own space. It’s very hard to just throw him in a movie with Kano [another big personality in the film].”

Garner said taking Johnny Cage out was “easy” because it also provided easy material for a potential sequel, explaining, “I want to make the sequel and now I’ve got Johnny Cage, who hasn’t been used in the first one, so I have a big stick and carrot that maybe they’ll let me have.”

On top of that, Garner noted, “When you think about Mortal Kombat, it has a very Asian feel to it, and I felt uncomfortable having a white male lead kind of lead that charge in the first movie. It just felt Hollywoodish to me, which is weird because Johnny’s an actor, which also was weird and probably my bias. It just feels weird if I’m trying to do something different and diverse and true… It felt a little disingenuous to me and super easy to bring him in in a big bombastic, fun way in the second [film], and he deserves that as a character. I love these characters so we thought hard about it.”

Meanwhile, many fans have been speculating about Lewis Tan’s Cole Young, a central character in the film who is not from the games. McQuoid noted the games are constantly introducing new characters, explaining, “I thought the precedent was there and it also helps the functionality of the film,” noting Cole is the audience surrogate for those unfamiliar with the games and their lore, learning it along with them.

When it came to juggling new and old fans, McQuoid said, “We could serve both. We didn’t need to throw away the respect for the fans. Each character sort of needed a reason to exist and once we worked that set out, then it just seemed to flow from that point on.”

There are a ton of fan theories about who Cole might “really” be, and Garner has seen them all, laughing about reading, “Cole Young is Johnny Cage. No, he’s not Johnny Cage, he’s Scorpion. He’s not Scorpion, he’s Sub-Zero. He’s not Sub-Zero, he’s this character… he’s Takeda! He’s Baraka!”

Garner said that reading all those theories and many more, his response did intriguingly tease, “Okay, he’s one of those things, probably,” but that he hopes fans will think, “Oh, I see, that’s why they did it” by the end of the film.

Mortal Kombat will be released April 16 on HBO Max and in theaters.