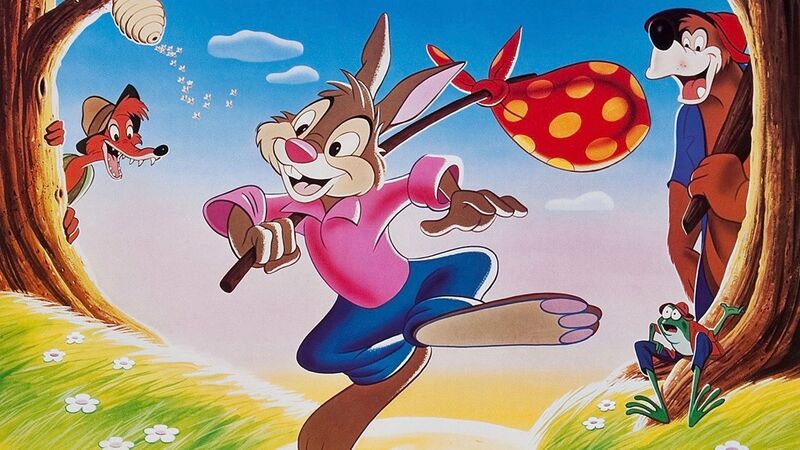 The Movie Disney Doesn’t Want You to See

Back in 1946, Walt Disney released a movie adaptation of the Uncle Remus stories by Joel Chandler Harris. Song of the South combined music and live-action with animation, was a modest hit on release, and won the Academy Award for Best Song – for ‘Zip-a-Dee-Doo-Dah‘ – as well as a special Oscar for James Baskett’s performance as Remus.

But controversy dogged Song of the South even before it hit screens, and although the film was re-released at regular intervals over the next 40 years, the studio took it out of circulation in 1986. Meaning you can’t legally purchase Song of the South, and the film won’t be coming to a cinema near you anytime soon.

So why did the Mouse House take such drastic action? Was it the right decision? And is the studio likely to change its mind anytime soon? Read on for the story of the movie Disney doesn’t want you to see…

What is ‘Song of the South’?

From Snow White and Cinderella to Sleeping Beauty and Pinocchio, Walt Disney achieved great success turning European fairytales into animated feature films. But by the late 1930s, Disney wanted to make more of the American myth.

He therefore purchased the rights to the work of Joel Chandler Harris, which were a compilation of African-American folk-tales that came over on the slave ships, and were passed down from generation to generation. They feature kindly Uncle Remus telling tales about Br’er Rabbit, Br’er Fox, and Br’er Bear; fables designed to entertain, offer life lessons, and educate about the hardships of the past.

Disney turned those stories into Song of the South, a film that combined both live-action and animation. The real-world portion revolved around seven-year-old Johnny, who moves to a plantation in Georgia, makes friends with a couple of local kids, fights some bullies, takes pity on a puppy, and survives being gored by a bull.

He also befriends Uncle Remus, an elderly black man who recounts the Br’er stories to Johnny, which become the animated segments of the film. There’s ‘Br’er Rabbit Earns a Dollar a Minute’ which concerns Br’er Rabbit running away from home, only to change his mind when he comes face-to-face with the dastardly Br’er Fox and Br’er Bear.

Then there’s the fable of the ‘Tar Baby’ in which Br’er Rabbit encounters a lump of tar in clothes, becomes annoyed when said lump ignores his pleasantries, and then gets stuck when he punches the figure.

Finally, Remus recounts the story of the ‘Laughing Place’, in which Br’er Rabbit lures Br’er Bear and Br’er Fox into a cavern of bees.

The film ends with the animated characters coming to life, and walking off into the sunset with Uncle Remus and the children.

Why is ‘Song of the South’ so Controversial?

The simple answer is: racism. Controversy has always surrounded Joel Chandler Harris’s stories, with critics claiming they are filled with racial stereotypes, and those within the Disney company advising Walt against making the movie.

But Disney pressed ahead, setting Song of the South in the emancipationist version of the Reconstruction Era, with slavery a thing of the past, and blacks and whites living together in apparent harmony. Indeed, the friendships that Johnny forms with African-American characters young and old are pretty progressive.

Trouble is, the era is never made clear, and while blacks and whites clearly get along in Song of the South, black is nevertheless deferential to white, remaining subservient throughout.

There’s also confusion as to what the African-American characters are actually doing on the plantation. They aren’t supposed to be slaves, yet are toiling in the fields for no visible rewards. And worse still, joyously singing as they journey to and from work, the smiling faces only serving to glorify what does indeed look like slavery.

Uncle Remus seems like a stereotype of the ‘Magical Negro’ – a controversial wise, non-threatening black character used in American fiction to dispense valuable life lessons and impart wisdom to a white character. And Remus himself seems to perpetuate the myth of the idyllic master-slave relationship.

Then there’s the language, with the Br’er characters speaking in an exaggerated, ill-educated African-American dialect that turns them into little more than caricatures.

The NAACP rallied against the film, calling it a “distortion of the facts”, while the National Negro Congress set up picket lines outside theatres. The film nevertheless received a wide release, made money, and in spite of the controversy, Disney re-released it in 1956, 1972, 1973, 1980, and 1986. Then Song of the South disappeared.

Will you Ever Get to See ‘Song of the South’?

The 1986 release of Song of the South commemorated the film’s 40th anniversary, and promoted the debut of Splash Mountain, a Disney ride that features the Br’er characters. Then, however, the studio ‘retired’ the movie, making no grand announcement, but keeping it away from cinemas and home video.

Since then, Disney has made a mint from the ride, the music, and mountains of spin-off merchandise. Indeed Br’er Rabbit and the Tar Baby even cameo in Who Framed Roger Rabbit?, so the studio hasn’t tried that hard to hide the characters.

The film is a different story, however, and over the years conflicting statements have been made about whether it will ever again see the light of day.

In 2010, Disney Creative Director Dave Bossert revealed: “There’s been a lot of internal discussion about [Song of the South]. And at some point, we’re going to do something about it. I don’t know when, but we will. We know we want people to see Song of the South because we realise it’s a big piece of company history, and we want to do it the right way.”

Acclaimed film critic Roger Ebert felt that film students should have access to the movie, stating: “I am against censorship and believe that no films or books should be burned or banned, but film school study is one thing and a general release is another. Any new Disney film immediately becomes part of the consciousness of almost every child in America, and I would not want to be a black child going to school in the weeks after Song of the South was first seen by my classmate.”

In 2011, Disney CEO Bob Iger addressed the controversy: “I said last year at our shareholder’s meeting that I had watched Song of the South again and, even though we’ve considered from time to time bringing it back, I didn’t think it was the right thing for the company to do,” he explained. “It was made in a different time. Admittedly you could use that as context, but I just felt that there are elements to the film, while it was a relatively good film, that wouldn’t necessarily sit right or feel right to a number of people today.”

That was more than five years ago, and there has been little movement since, at least publicly. Until quite recently the full-length film was on YouTube, while there are still dodgy sites selling bootleg copies.

Critics say that the film should remain hidden, the fact Song of the South presents such a distorted version of the truth making it dangerous for young, impressionable minds, and downright offensive to African-Americans.

Those in favour of Song of the South‘s release say it’s a piece of film history that shouldn’t be ignored, but rather re-issued with supplementary materials that place it in context and explain how and why the movie was made. To use entertainment to educate, and to learn from the past rather than pretend it never happened.

For now, however, the complicated debate will rage on, the studio will continue to be asked the question, and – for the foreseeable future at least – Br’er Rabbit, Br’er Fox and Br’er Bear will remain locked in that Disney vault.