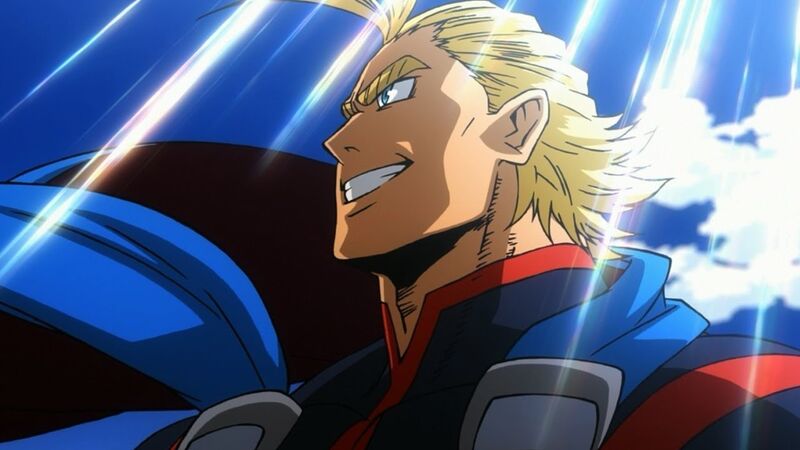 ‘My Hero Academia: Two Heroes’ Review — An Epic Superhero Adventure for All

My Hero Academia: Two Heroes, which hits U.S. and Canadian theaters today, starts off simple enough. All Might heads to I-Island, a jaw-dropping Quirk research facility that doubles as a support item development center, at the invitation of his longtime friend’s, David Shield, daughter, Melissa Shield. But he doesn’t show up alone. He brings his protege, Izuku Midoriya (Deku) with him.

However, in true My Hero Academia fashion, Deku and All Might’s getaway gets interrupted by Deku’s classmates who have also received invites to the island. As if that wasn’t enough to throw a wrench in their plans, a group of villains takes over the island, holding its guests hostage. Now, it’s up to Deku, his classmates, and the intelligent Melissa Shield to find a way to save the day.

Anime movies based on shows have yet to find a way to keep current fans happy without alienating newcomers. My Hero Academia: Two Heroes comes as close to achieving this goal as any other movie before it. It smartly tells a standalone story that takes place between the second and third seasons of the series, which makes this a great place for newbies to jump in, as they don’t need to have expert knowledge of the show.

The film even focuses on fewer characters than the show and only sends a small group of students on the rescue mission. This technique makes it easier for non-fans to pick up on each character’s defining traits and how they affect the overall group. For instance, Bakugo is his usual fiery, competitive self throughout the film, but his respect for his classmates shines through in his performance.

But taking the time to orient newcomers quickly becomes a double-edged sword. My Hero Academia: Two Heroes spends a lot of time reminding the audience of each character’s weakness or the personal obstacle they must overcome. For fans of the show, the constant reminders bog down the story, as we’ve already seen these problems, such as Todoroki‘s hesitance to use his fire powers, addressed in a more meaningful and in-depth way in the series. Of course, a newcomer wouldn’t know this and would likely appreciate feeling included.

My Hero Academia: Two Heroes makes up for its slow story by giving fans some amazing team-ups. Fans will love seeing more of Kirishima and Bakugo’s bromance and the unexpectedly effective team-up between Todoroki and Bakugo. The rapport between characters is great and in line with what we’ve come to expect from them in the show. After all, it’s the bond between the students and teachers at U.A. High School that makes the series so likable.

Unfortunately, My Hero Academia: Two Heroes doesn’t have the same emotional impact as the series despite having a similar theme of overcoming your limits. Since it takes place between seasons, we already know the fate of our heroes. Not to mention, Deku and company have already proven themselves capable of taking down villains multiple times.

Since no one is in any real danger, it cheapens the impact of each villain encounter, including the unmotivated main villain. (The more compelling “villain” is pushed aside to make room for one full of spectacle but lacking the depth of All for One or Tomura Shigaraki.)

Pair this with the watered down depictions of each character’s personal struggle that we’ve already seen play out in the series and you get a movie that doesn’t quite hit you in the feels like the show does. It’s too bad the movie didn’t present audiences with a new angle outside of All Might’s past.

Despite its lack of originality when it comes to character arcs, My Hero Academia: Two Heroes does give us something we never knew we needed — young All Might. We get an amazing glimpse of the Symbol of Peace’s past as a young hero fighting crime in the U.S. Given his current state in the show, it’s surreal to watch. It’s also refreshing.

In the show, we see a more experienced and wiser All Might. But in the movie, we see a young hero who doesn’t yet have all the answers. His exuberance and eagerness to help will remind viewers of Deku, adding yet another layer to their complex relationship. It becomes clear yet again that Deku is All Might’s rightful successor.

As one of the better parts of the film, it’s unfortunate that the creators decided not to delve deeper into All Might’s past. Seeing it play out at the beginning of the movie set the bar high. The only other scene that rivals it is the final battle, which also involves All Might. This just proves that an All Might story should be next on the list of My Hero Academia movie ideas.

Going Beyond Plus Ultra

My Hero Academia: Two Heroes‘ animation and soundtrack are just as good as the show’s. The animators didn’t cut corners and it pays off, especially during the over-the-top, spectacle-heavy final battle. Without spoiling the film, it’s safe to say that this film is worth watching for the ending alone. The final battle will resonate with fans in the same way as All Might’s decisive battle against All for One.

Unlike other parts of the film, the ending is unique. It’s unlikely that we will ever see the same sequence of events play out in the series. All we can say is that it reiterates why All Might was the Symbol of Peace and why Deku must be the one to carry on his legacy. It truly goes beyond plus ultra.

My Hero Academia: Two Heroes is one of the strongest anime movie showings of this year. But, at times, it doesn’t seem to know its target audience. Fans of the series will love the inside jokes but may grow weary of watching the same issues from the anime play out on the big screen in a condensed format.

Similarly, those new to the series may not feel the full emotional weight of each character’s struggle. In particular, the film’s new characters suffer from this problem the most as they don’t have source material to draw from. Instead, they end up being nothing more than props that help characterize the main heroes we already know and love.

Nevertheless, it’s a fun superhero film that’s just as fun as anything in the MCU. Fans will be introduced to new Quirks, villains, heroes (including one based on Godzilla), and support items (some of which we hope to see in the show) and get a look at All Might’s early days as a hero. We also get some satisfying team-ups and a plus ultra ending that’s sure to give anyone who is up to date with the show all the feels.

This is a film that can be enjoyed by fans and non-fans alike. There’s enough to keep both satisfied, even if that means occasionally sacrificing the story to do so. Now, if only we could get that All Might origin movie greenlit.

My Hero Academia: Two Heroes debuts in U.S. and Canadian theaters on September 25. It will receive a five-day limited theatrical run on the following dates: September 25, 26, 27, 29 and October 2, 2018.