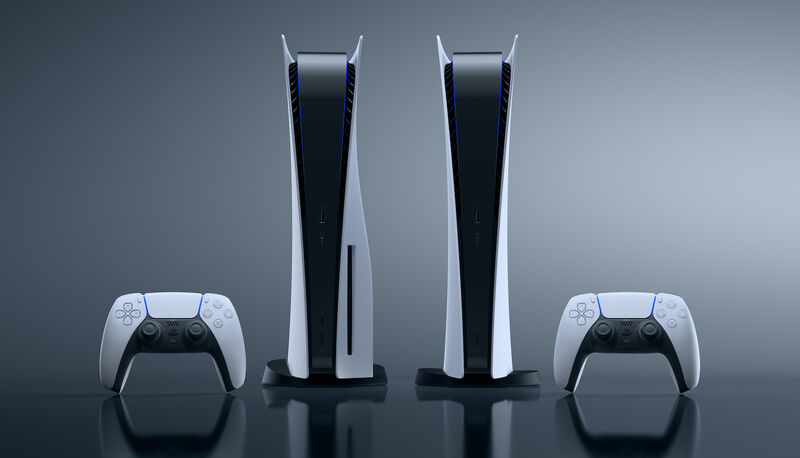 All the ways the new tech in PS5 will change gaming

With the recent release of the PlayStation 5, we wanted to dive into the nuts and bolts of this next-gen beast to remind ourselves just what we can expect to see, hear, and feel when we get our hands on it.

The PS5 is a huge leap forward for gaming tech and this is just how PlayStation have done it with their new upgrades. Here’s exactly why the new console is making such a splash and what all the hype is about.

Let’s talk fidelity first up. The PS5 is boasting twice the number of compute units (CUs) than the PS4 but that’s not all they’ve got.

The PS4 comes equipped with a 1.6GHz 8-Core AMD Jaguar CPU while the PS4 Pro was fitted with the beefier 2.1GHz. The PS5 will be packing 8 partially-custom 3.5GHz Zen 2 Cores which is a massive upgrade.

All this means that, on paper at least, the PS5 has way more capacity to run next-gen systems like ray tracing. This is something PlayStation focused on a lot in its previews and its a new process that revamps the way light works in games to produce more natural reflections, shadows, and highlights. It takes a tonne of computing power to get the level of complexity and detail we’re now seeing and that’s what we’re getting out of those expanded CU numbers.

This also gives the PS5 way higher fidelity when it comes to resolution as well. While the PS4 was topping out at 1080p, the PS4 Pro manages 4K resolution. PS5 can support 8K resolution with the HDMI 2.1 port which most TVs don’t yet have the ability to show but obviously indicates that PlayStation has planned ahead.

PS5 actually has decreased storage capacity when compared to the PS4 Pro. While that might seem like a strange decision on the part of PlayStation, it’s because they have prioritised performance over storage.

The PS5 is packed with a custom solid state drive as compared to the PS4’s hard disk drive. That gives the new console a minimum of 5 GBs of bandwidth vs the old models 50-100 MBs. It’s a serious improvement that allows the console to open the throttle on those CPU and GPU cores.

In addition, the PS5 has a vastly superior decompression system that is able to instantaneously communicate between the physical information on the console and the in-game world. This means that games on the PS5 should have virtually no load times and developers can focus on building the texture and realism of the game without having to plan for character movements as they explore the world. This is something we can see in the world-hopping of the new Ratchet and Clank.

PlayStation has put emphasis not just on performance but experience for this release. A big part of that revolves around the actual physical interaction with the game itself. They’ve done away with the static-response DualShock controller that has been part of the PlayStation system for decades and brought out the DualSense with a greater degree of minute response and feedback.

We’ve now got adaptive triggers at the top of the control which is supposed to respond in degrees to pressure applied to them. This means drawing a bow or pressing down on an accelerator in-game can be done with a high degree of finesse and accuracy depending on the pressure put on it.

The haptic feedback is another advancement as the multiple vibration components within the controller are designed to respond to every bump, step, or explosion in-game. If your character trips over, you can expect to feel that small movement in your hands. If they get shot, expect a bigger response from the control. It’s a huge step toward total immersion and allows game developers to expand their game worlds into three senses, rather than the current two.

The PS5 comes with a new custom sound engine that PlayStation was talking up for some time in the pre-release run-up. Tempest Engine is based on a reengineered AMC graphics chip that is thought to mimic how we hear sound in 3D space. Minute changes to the way sound signals are delivered will be able to trick the listener’s brain into perceiving the location of sound as coming from the left, right, above, behind, or below them. It utilises the difference in location between speakers to create this effect.

This is also what PlayStation is working with for their PULSE 3D headphones to optimise the effects. Imagine the 3D audio capabilities telling your brain you’re walking through a richly textured landscape with echoes and movements all around you, with the haptic feedback in your hands corresponding to every step you take, and the photo-realistic graphics at play. It’s going to be a wild ride.