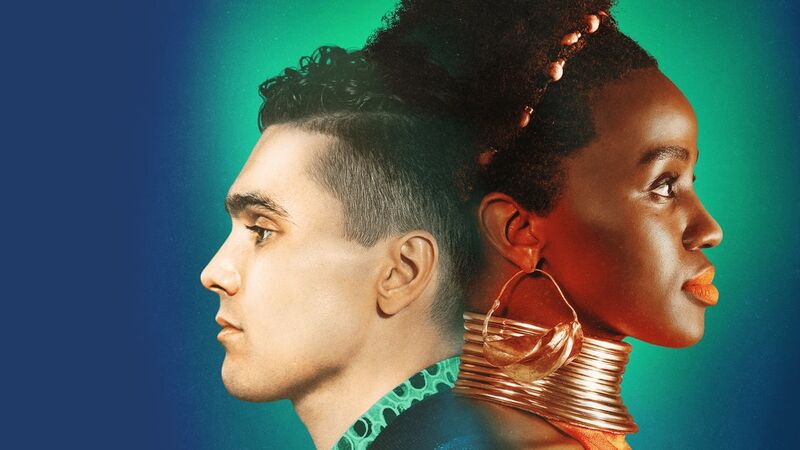 Noughts + Crosses is the new binge-worthy must-watch TV obsession you didn’t know you needed in your life. Based on the hugely popular book series by Malorie Blackman, it’s a story of forbidden romance set in an alternate history where Africa rather than England colonised most of the world. That means the class balance is very different in the modern era, with dark-skinned people (Crosses) ruling over the segregated light-skinned people (Noughts).

It’s a powerful and timely concept for a TV show, brimming with social relevance and fascinating themes, but if you’re unfamiliar with the books it might leave you feeling a bit dizzy and confused.

Don’t panic, FANDOM has you covered! Get up to date with this guide to The Powerful AF Characters of Noughts + Crosses and you’ll be ready to join the conversation and, more importantly, enjoy all six episodes of this fantastic show streaming on BINGE.

At the core of Noughts + Crosses is the forbidden love between a Cross from a wealthy family and a Nought from a poor one. It’s a classic Romeo and Juliet set up, with disapproving relatives on both sides, and a high potential for a tragic ending if our heroes don’t play their cards right.

Callum is the beating heart of the epic Noughts + Crosses tale. He’s a good-hearted Nought who grew up poor, but intends to make his mark on the world. Callum believes he’s found a way out of his circumstances when an opportunity arises to apply for a place at the prestigious Mercy Cross military academy.
Callum was childhood friends with Sephy and is happy to reconnect with her at a party where he’s working. However, their burgeoning friendship soon becomes something much more and his world is turned upside down.

Callum is played by Jack Rowan, who fans of Peaky Blinders will recognise as boxer Bonnie Gold from seasons 4 and 5. Jack is thrilled to be part of this “incredibly relevant” series that will be sure to open a lot of eyes.

Persephone “Sephy” Hadley is the soul of Noughts + Crosses. She is the daughter of conservative Cross politician, Kamal, and was a childhood friend of Callum McGregor but lost touch with him as she grew older.

Sephy lives a life of wealth and privilege, but doesn’t share her father’s hardline stance against the Noughts and in fact feels a lot of sympathy for their plight. Everything changes in her life when she reconnects with Callum, working as a servant at one of her family’s parties.

Sephy is played by Masali Baduza, who has appeared in South African crime thriller Tracks, and makes her bigtime debut in Noughts + Crosses.

Every good forbidden love story has disapproving families on both sides and Noughts + Crosses is no exception. And while the Crosses have all the political power, the Noughts have their own ability to fight back, engaging in conflicts that could turn deadly at any moment.

Meggie is the mother of Callum and Jude and works for the Hadley family, as she has for many years. She is a trusted and loyal member of staff and a good mother to her children. Meggie is also a friend and confidant of Kamal’s wife, Jasmine, which proves to be a disadvantage later in the season.

Meggie is played by Helen Baxendale, who eagle-eyed fans will remember as Ross’ controlling girlfriend from Friends!

Ryan McGregor is the father of Callum and Jude. He’s a good but cautious man who worries that Jude’s behaviour will get him in trouble with the Crosses.

Ryan is played by Ian Hart, who Harry Potter fans will recognise as Professor Quirrel… who was secretly Voldermort! Let’s hope he’s a bit less evil this time.

Jude is Callum’s older brother and a bit of a loose unit, frankly. He’s quick to anger and frequently resorts to violence, mostly without considering the consequences. Jude is particularly unimpressed with Callum wanting to join the military, and he’s not shy about telling him so.

Jude is played by Josh Dylan, who you can see in Season 2 of Netflix’s The End of the F***ing World and Mamma Mia! Here We Go Again.

Kamal is Sephy’s stern father and an important man working for the Home Office, where he’s attempting to get the police more power to use against the Noughts. He is viciously racist and the idea of his daughter dating a Nought is basically his worst nightmare.

Kamal is played by Paterson Joseph, who you might recognise from UK black comedy Peep Show or American sci fi series Timeless.

Jasmine is Sephy’s mum and a woman in a desperately unhappy marriage to the domineering Kamal. She confides her feelings to Meggie, which inadvertently sparks off a whole bunch of drama for our heroes.

Jasmine is played by Bonnie Mbuli who has mainly been on South African television and an episode of crime drama Wallander with Kenneth Brannagh.

Kolawale is the Editor-in-chief of popular newspaper, the Ohene Standard. Although he’s meant to be objective, Kolawale’s actions have a big impact on the political future of Kamal Hadley.

Kolawale is played by the insanely talented recording artist Stormzy in his first major acting role. Stormzy is a huge fan of the books and describes being part of the show as “a dream come true.”