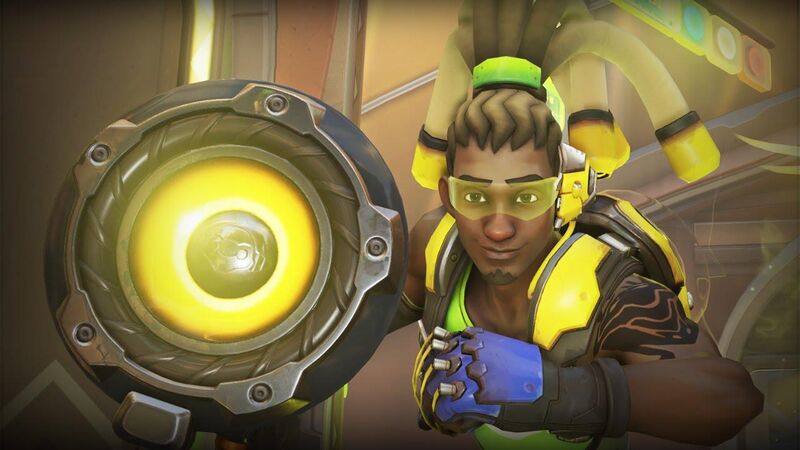 Overwatch has shown us a relatively diverse set of heroes stemming from a plethora of backgrounds. The overarching lore illustrates an awesome futuristic setting that tackles social issues we currently struggle with today.

However, despite the game’s tale of Overwatch versus Talon, some characters are less-developed than others, who have vibrant personalities and depth. So, here are six (technically seven) Overwatch characters who deserve more time in the spotlight.

Hana Song has always been a fan-favorite, both in-universe and in real life. With the release of “Shooting Star,” the fandom now adores our collective gremlin child even more. Her animated short illustrates her life as a workaholic who pays a hefty emotional price for her heroic efforts in the war — a far cry from the Mary Sue introduced two years ago. All D.Va wants is to keep her home safe, even if it means ejecting from her mech over open water and forcing it to self-destruct.

However, much like Blizzard’s previous backstory-heavy shorts, “Shooting Star” doesn’t connect her to the larger picture. Many of the Overwatch stories are self-contained, even though the first short, “Recall,” implied a recruitment of Overwatch members, both old and new. Will D.Va ever reach new heights as one of the first recruits to the revived Overwatch?

As the daughter of Ana Amari, a renowned Overwatch captain, Fareeha Amari dreamed of following in her mother’s footsteps. However, Overwatch disbanded before she could join their ranks. Using her training to pilot the Raptora armor, Fareeha now works at Helix Security International.

She’s had tough missions there, but Pharah still doesn’t line up anywhere in the current story. Fans are frustrated with her lack of Egyptian Arabic lines, as well as the Thunderbird/Raindancer skins handed off to a presumably full Egyptian character. Some believe Pharah is partially an indigenous Canadian, due to her father’s appearance and his base of operations being Canada, but this hasn’t been confirmed.

Progression on her story could help quell questions about Pharah’s background and her relationship with Ana. Maybe she moves up to higher positions at Helix Security, as one would expect from a determined soldier. But imagine how sweet it would be if she reunites with Ana and joins the new Overwatch to finally live that old dream.

We’ve seen Zenyatta’s acquaintance, Mondatta, in the “Alive” short, as he was pursued and subsequently assassinated by Widowmaker. So, what do we know about the 20-year-old floating monk?

Basically nothing. Zenyatta has never appeared in a cinematic and made a small cameo in the Christmas comic, “Reflections.” He left the Shambali because he believed omnics and humans could only be brought together through real, interpersonal connection. His only connection to the larger story is to his disciple, Genji Shimada, an ex-Blackwatch agent. But we don’t know how Zenyatta’s involved with Overwatch and Talon — if he’s even involved at all.

The social repercussions of the racism against omnics in places like England and Russia would be an amazing point to explore. Zenyatta is a peace-loving monk, and Tracer, the Overwatch poster girl and a King’s Row native, failed to prevent the death of a key spokesperson for peaceful human-omnic relations.

Jamison Fawkes and Mako Rutledge, better known as Junkrat and Roadhog, do whatever it takes to survive in their irradiated home after an omnium explosion. The Australian duo, who have that post-apocalyptic Borderlands and Mad Max flair, has been involved in many hectic adventures. Though we’ve seen various crime sprees and an attempt at going legit, these mercenaries haven’t interacted with the rest of the Overwatch cast.

Considering their backgrounds and resentment against omnics, an entry depicting their interaction with the likes of Zenyatta or the Shambali monks would be a real treat. Or perhaps a confrontation with Orisa and Efi Oladele — would they attack without hesitation if they knew of Efi’s drive to protect Numbani? As hilarious as their explosive hijinks are, it’d be a ton of fun to see them clash with the other characters we love.

Lúcio Correia dos Santos clashed with the Vishkar Corporation until he and his friends drove them out of Brazil. He harnesses his musical talent and global platform to inspire a permanent change in the world.

Besides having a small reference in D.Va’s cinematic, Lucio has an indirect connection to Symmetra, one of the Vishkar Corporation’s most useful assets. Though he’s still one of the most popularly played heroes, he doesn’t appear in a comic or cinematic. Even with a plethora of influence at his fingertips, it’s surprising that he hasn’t been contacted or recruited by members of the recently-reformed Overwatch. Picture a tired, battered, and bruised ragtag Overwatch on their last legs. Like a true hero, Lucio zooms in with his healing music to pump them up and keep them fighting.

The internet went berserk when Emily made an appearance. Still, she doesn’t deserve to be left behind as “Lena’s girlfriend.” As much as we love her, we know nothing about Emily. When are we going to see more Lemon Tea?

We’ve seen the potential of (currently) one-off characters, like the two kids harnessing Doomfist’s gauntlet and the introduction of Dae-hyun and the rest of the MEKA pilots. Slice-of-life pedestrian moments, as illustrated in “Reflections,” are just as wonderful. We get glimpses from in-game sprays and pre-match comments, but there’s something special about seeing these snippets of real life within the canon side of Overwatch.

We need these non-playable characters to really bring the Overwatch world to life. And no, Emily shouldn’t become an Overwatch hero. She could provide story development like Brigitte did before Blizzard eventually tossed the Shieldmaiden into the fray. Blizzard has created memorable NPCs within the World of Warcraft and Diablo universes. While Overwatch will never hit that level of sheer content, Blizzard has proven they can create intricate stories without turning every tale into a hero’s origin story.