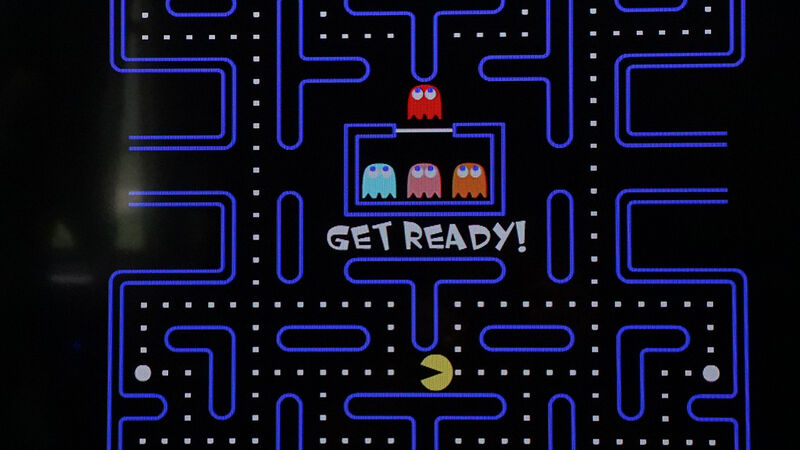 In 1980, an odd little game began appearing in arcades, bars, and shopping centers first in Japan, and later the US. The game featured a maze, colorful ghosts, and what looked like a partially-eaten cheese wheel. Unlike anything that had come before it, it took the world by storm and changed the video game industry forever. Even today, video games owe a debt to Pac-Man for breaking ground in so many ways.

Although some early computer games did feature crude examples of a playable character, Pac-Man was the first arcade game to utilize the concept, creating a mascot that would become the face of the game. Pac-Man popularized the concept of the player character to the point that the little yellow circle with a mouth became a star in his own right.

Pac-Man showed game designers the true importance of character and helped make the player character a staple of gaming. From Mario to Lara Croft to Master Chief, the best characters help elevate their games from a simple exercise of skill to an immersive world a player can inhabit by proxy.

You’re playing Pac-Man for the first time. Five quarters in and you’ve finally managed to survive more than twenty seconds. You make for a corner, scarfing down a power pellet. Suddenly, the colorful ghosts turn blue and run. You chase after them, gobbling up as many as you can. You’ve discovered a new weapon against the ghosts, and more importantly, the first power-up in gaming history.

From med packs to weapons upgrades to flowers that let you shoot fireballs, hardly a game exists that doesn’t in some way allow you to enhance your natural abilities. Power-ups have become as diverse in gaming as they are numerous, and they all owe their existence to Pac-Man.

Cutscenes, for better or worse, are a staple of gaming. No matter how people may feel about them, they help build the world of the game, adding context and background to the character and the mission. With complex storytelling, talented voice actors, and captivating visuals, the best cutscenes almost outshine the games themselves.

After Level One is cleared, Pac-Man’s titular hero appears minus the maze with Blinky hot on his heels. They both disappear off-screen. Blinky returns seconds later, now blue and being chased by a giant-sized Pac-Man. This brief animation marks the humble beginnings of a format that today has reached a cinematic level of quality and sophistication.

Until Pac-Man came along, the primary objective of arcade games had been to shoot at as many enemies as you could or to beat your opponent in a sports simulation. Pac-Man, however, defeated his foes not by attacking, but by avoiding them. Pac-Man popularized the concept of stealth in gaming, that hiding from danger can be just as compelling as running from it.

More sophisticated games such as Metal Gear Solid and Tom Clancy’s Splinter Cell heavily employ Pac-Man’s conflict avoidance strategy, focusing gameplay on eluding the enemy until the right time to strike. Stealth play has become a staple of modern gaming. Though it may not be the primary focus, dozens of games utilize stealth in one form or another, all beginning with a pixelated circle running from ghosts.

Pac-Man is the most popular arcade game of all time, and the little yellow chomper is the most recognizable icon in all of gaming. Creator Toru Iwatani designed Pac-Man to appeal to an audience beyond the typical hardcore gamer, and that it did. Pac-Man became a global phenomenon, spawning books, a cartoon, a top-ten pop song, and hordes of merchandise from breakfast cereals to roller skates.

The “Pac-Man Fever” of the early 80s eventually broke, but Pac-Man never truly faded from pop consciousness. In addition to its own success, Pac-Man brought gaming itself into the mainstream. The industry ever since has produced games marketed to broader audiences in addition to those targeted specifically to serious gamers. Mass appeal games like The Sims, Dance Dance Revolution, and Candy Crush can thank Pac-Man for proving that anyone can enjoy video games.