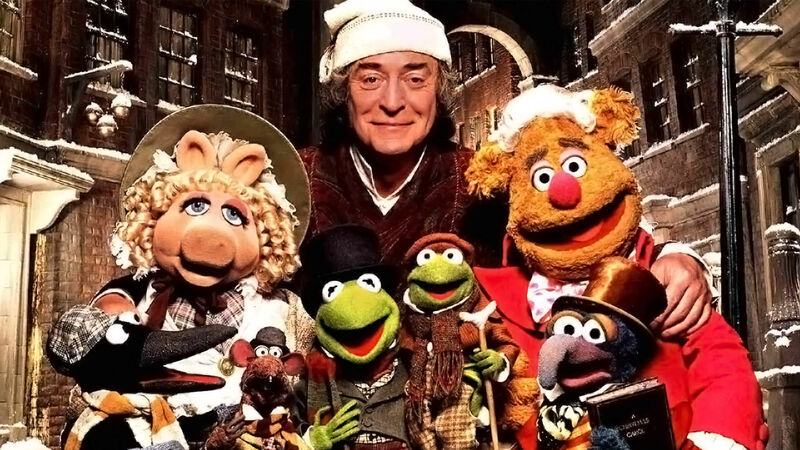 From Page to Screen: ‘A Christmas Carol’

Adapting a beloved text into a film or television series is a daunting task. In addition to pleasing die-hard fans, producers must also take into consideration those who have never encountered the property before. Some adaptations are good, some are better than the source material, and some are so god-awful that fans try to forget they ever existed. (Looking at you there, Tank Girl.) Let’s take a look at what works, what doesn’t, and just how one adaptation made it from page to screen. This time, we’re looking at Charles Dicken’s A Christmas Carol (Last time: Filth)

The Charles Dickens novella A Christmas Carol in Prose, Being a Ghost-Story of Christmas, better known as A Christmas Carol, first published in London on Dec 19, 1843. It was instantly popular (Dickens was kind of a big deal in his time, too), and has never been out of print.

During the Victorian era, the British took a look at old traditions and modified them to fit the new, industrial times. There was a resurgence in caroling and new traditions like Christmas cards and trees arose. Christmas was a very big deal in this era, as the industrial revolution gave way to extended leisure time for the wealthy and a need for respite for the poor.

Dickens’ childhood played a large role in A Christmas Carol. His early life was fairly peaceful but his father was sent to debtor’s prison when Charles was 12. He was then fostered by a handful of family friends, most of whom were impoverished. Like many of his novels, A Christmas Carol sheds light on the inequalities between the rich and the poor, and the inherent moral issues therein.

A Christmas Carol tells the story of Ebenezer Scrooge, a bitter old miser who clings to his wealth like it was all that mattered. Over the course of Christmas Eve, he is visited by four ghosts: that of Jacob Marley, his former business partner, and the Ghosts of Christmas Past, Present, and Yet to Come. These visits leave Scrooge a changed man, and he wakes up on Christmas Day and begins to share his wealth with those in his community who need it most.

The very first A Christmas Carol film was a British short, and the second has been lost to time. The third, however, comes to us via Thomas Edison’s film company. Directed by J. Searle Dawley, the film is 10 minutes long and features Marc McDermott as Ebenezer Scrooge. (McDermott also starred in one of the first film versions of Les Misérables.) Charles S. Ogle, who portrayed the first film version of Frankenstein’s monster, stars as Bob Cratchit.

Sure, it’s old and silent and dated. But there is a lot of good stuff in this very early A Christmas Carol. It manages to tell the story in ten minutes, which is a feat unto itself, and it’s an entertaining bit of film history.

Scrooge is an Oscar-nominated British musical. Filmed in London and starring Albert Finney as Scrooge, it’s considered a faithful musical retelling of the original. It’s decidedly British, which fits well with the source material. Finney won the Golden Globe for Best Actor in a Musical/Comedy in 1971 for his portrayal of Scrooge, and it’s easy to see why. His Scrooge is book-perfect, and the dry British wit involved creates humor in some otherwise depressing scenes. When Scrooge visits the future, he sees Cratchit and his neighbors celebrating him, singing a song called “Thank You Very Much“. He sings and dances along, not understanding that they are thanking him for dying. Cratchit even dances atop his coffin as they go down the street singing. It’s a brilliant piece of musical theater, and only one of many great scenes in the film.

In addition to being a great, family-friendly-but-not-childish Christmas Carol adaptation, Scrooge also features Sir Alec Guinness as the ghost of Jacob Marley. Apparently, Sir Alec was really into playing ghosts.

Decades before Bad Santa, there was Scrooged. A modernization on A Christmas Carol, Scrooged tells the story of Frank Cross, an arrogant TV exec who treats his employees terribly. Bill Murray stars as Cross, and he’s delightfully rude. He’s trying to put on a live production of A Christmas Carol on Christmas Eve, forcing his staff to work the holiday. Hours before airtime, he is visited by the ghost of his former mentor, who tells him that he will be visited by three more ghosts.

Scrooged isn’t your typical, feel-good Christmas movie. It’s a mean, dark adaptation of the source material. Scrooged was helmed by Superman director Richard Donner, with a screenplay by two Saturday Night Live writers. The score was created by none other than Batman composer Danny Elfman. (Elfman later did The Nightmare Before Christmas, so maybe he just really likes the holiday.)

Roger Ebert hated Scrooged, and a lot of Christmas purists look on it with disdain. For adults with a dark sense of humor, Scrooged is a great Christmas Carol adaptation, updated to the “modern” 1980s.

The Muppet Christmas Carol is definitely better if you’re a kid, but there’s still a lot of fun stuff in the film for parents to enjoy too. Michael Caine (Batman Begins) stars as Scrooge. He’s not as bumbling as Albert Finney’s depiction, and not nearly as frightening as Sir Patrick Stewart’s (below). Kermit the Frog portrays Cratchit, while Gonzo (the guy with the blue banana-nose) portrays Charles Dickens. The rest of the Muppet gang appear as well as various characters in the story. The Muppet Christmas Carol is a little silly and drags in a few places, but it’s a family-friendly adaptation sure to delight younger viewers and not bore their parents completely to death.

The Hallmark-presented TV movie A Christmas Carol, starring Patrick Stewart, is a great adaptation of Dickens’ classic. Stewart is fantastic as Scrooge, playing a particularly cruel version of the miser. The film is more historically accurate than many of its predecessors, and the Cratchits are depicted as truly impoverished. While this version is likely to frighten younger viewers, for those who want a more true-to-form adaptation of Dickens’ novella need look no further.