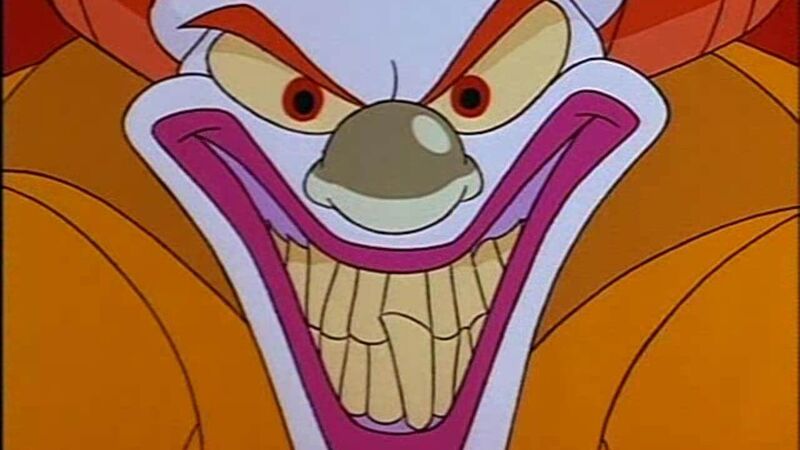 Just because something is intended for kids doesn’t mean it can’t potentially scar them for life in an enjoyable way. It’s in this spirit of kindertrauma that we here at Fandom would like to highlight films, TV shows, and video games that seem kid-friendly but are full of nightmare fuel. Often, those are the ones that stick with us.

I could spend this entire article telling you about the fascinating history of how The Brave Little Toaster came to be. I could go on and on about how it was supposed to be the first CGI feature from future Pixar member John Lasseter, and how the eventual movie was made at a fraction of its intended budget by a studio outside of Disney’s control. The story of the film’s production is an exciting one, but that’s not the purpose of this column. This is all about exploring the frightening content present in so many movies intended for young viewers, and The Brave Little Toaster is uncut nightmare fuel of the highest grade.

Since The Brave Little Toaster was made outside of Disney’s purview, the animators allowed themselves to really let loose with the darker and more intense parts of the story. This is evident from the opening titles where we are introduced to a desolate house in the middle of nowhere. Here is where our characters reside: a group of anthropormorphized appliances — Toaster, Radio, Lampy, Blankey, and Kirby the vacuum — who long for the return of The Master. The Master was a young boy who they all felt love and affection for, but one day he went away and they never saw him again. From the outset, The Brave Little Toaster isn’t sugarcoating things for the kids. After a moment of false hope (they hear a passing car), we get our first taste of the terrors to come.

Granted, the way that it plays out is a little silly, but this is some hardcore stuff to drop on a kid during the first fifteen minutes of a movie. And this is only the tip of the iceberg.

The appliances decide to leave the house to go look for The Master. Their journey to the big city is pretty pleasant at first; there’s an upbeat musical number and some goofing around with woodland critters, all drenched in warm sunshine. The bright moments of The Brave Little Toaster are just as good as the shadowy parts, and we get another one of those when a flower sees its reflection in Toaster’s casing. The flower becomes enamored with its reflection, thinking that Toaster is another flower. After the mute plant hugs Toaster, he runs away in fear. When he looks back at the flower, we see this:

The flower is either dead or dying.

It’s an incredibly small and poignant scene, even though it doesn’t really connect with the larger theme of the movie. Toaster walks towards the horizon looking forlorn, pausing for a brief second to look back and reflect on this simple and sad moment. Then, he rejoins his friends and they continue on their quest to find The Master.

While finding a place to bed down in the forest, Lampy suggests the inside of a tree. This is what the tree looks like:

Scary tree-faces aren’t anything new — fantasy classics like Snow White and the Seven Dwarves and The Wizard of Oz feature some memorable ones — but this outright horror imagery is only buttering you up for what comes next. What comes next? A sequence which I will argue is a contender for “The Scariest Scene in a Children’s Animated Feature Film” award.

As everyone beds down for the night, we get to see what Toaster is dreaming about. This is his dream:

That fireman clown (a twisted reference to Dumbo perhaps?) burned itself into my still-forming brain and has never left. Even without that demon, the rest of the nightmare is equally horrifying. Toaster’s smoke turning into a hand and harming The Master? Giant forks raining down from the sky? And how about that shot of Toaster falling into the bathtub? It’s clear that the animators spent a lot of their time and money on this sequence, and that should tell you something about what this movie is: an animated horror film for little children.

Don’t believe me? After nearly drowning in quicksand, the appliances are taken to a junk shop where a bunch of mangled contraptions (including a hanging light that acts like Peter Lorre) sing a song that namedrops Vincent Price. If that wasn’t enough, the owner of the junk shop is portrayed as something of a mad surgeon, ripping apart appliances and cobbling them together to make electronic Frankenstein monsters.

The gang escapes by pretending to be a ghost and scaring the junk shop owner. How much more proof do you need that this flick is intentionally planting its foot in the horror genre?

Long story short, the appliances end up in a junkyard where a giant magnet is trying to catch them so they can be fed to a trash compactor. While this is going on, all the cars in the junkyard are singing about their pasts as they are being taken to the crusher to die. The name of this song? “Worthless.” You don’t let up do you, The Brave Little Toaster? Well, it just so happens that The Master — now grown up and ready to go to college — has made his way to the junkyard and stumbles upon his old appliances. As he’s about to rescue them from crushening, the giant magnet picks up The Master and puts him on the conveyor belt. He slowly heads to the compactor, screaming for help, and as it’s about to smash his hand, Toaster dives into the compactor’s gears and stops the machine in the nick of time.

Thankfully, the filmmakers let things end on a high note with The Master repairing Toaster — as well as bring the air conditioner back to life — and taking all of his old appliances with him to college.

There were two sequels to The Brave Little Toaster, but neither of them are anywhere near the original in terms of quality or fear factor. This is one of my favorite animated films from my earliest parts of childhood, which probably says an awful lot about me. If you want to see how your very young kid (I saw this when I was four or younger) handles some horror, this is one of the best entry points out there.