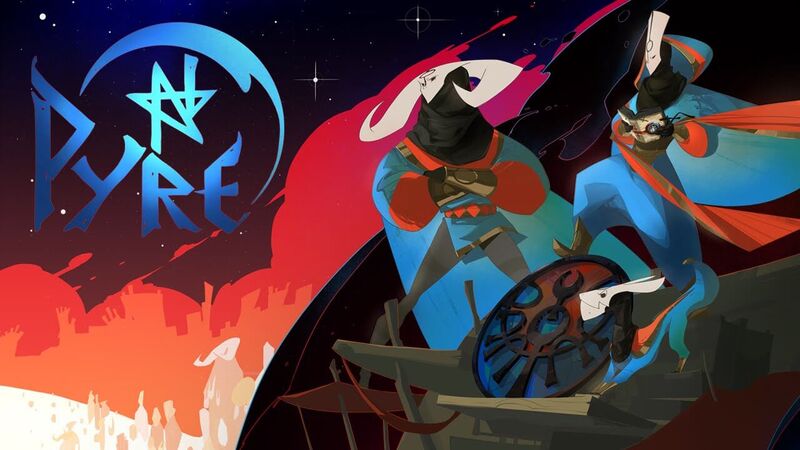 Go back in time one week and Google the word “pyre.” I have no idea what would turn up, but one thing you will not find is mention of what might be the hottest indie games of PAX East this year. It was not until just two days before PAX that Pyre was even announced, and it quickly became one of the biggest games at the show.

Pyre is the newest game from Supergiant, a critical darling among indie developers, who have gained this reputation thanks to games like Bastion and Transistor. However, while these games were both isometric action RPGs, Pyre is taking a different route.  Pyre is a sports game. Well, a sports game and so much more, but at its core, it is a sports game. I’ll try to explain.

In the demo, you first play a sort of first-person point and click adventure game, where your protagonist is found out in the desert wasteland by three masked figures in a large wagon. It turns out you are an exile and must travel with these characters as they complete rituals to cleanse their souls to complete an enigmatic quest in a surreal landscape. Like other titles from Supergiant, the world is shown versus told to the player, and since very little of this game beyond the first 20 minutes has been shown, we know very little of the mysteries of this story. Eventually, the masked figures reveal themselves to be a human male, a blond female with horns, and a talking dog with a mustache. They demand that you, a “Reader,” which is apparently a powerful rarity in this universe, read to them from a book, which switches the game from a point and click party management story mode to the rituals.

In the rituals, you are playing what is essentially mystical rugby. The three masked figures have to carry a glowing sphere into a fire pit on the other side of the arena. When carrying the sphere your character is defenseless against the opponent’s team of three other players, but you can run and jump into the pit to score points.

Meanwhile, if the other team’s players carry the sphere to your side, you can destroy them using attacks or your characters’ auras. Defeated players respawn in about 10 seconds. The bigger the character, the more points you score, but the bigger characters are harder to get into the fire goal post. One basic strategy would be to advance with two or three characters and pass the sphere between them to reach the fire.

The rituals have an added complication:  if you do score with a character, you will not be able to use that character again until the next points are scored. So you can strategically choose to let your opponent score on you with a weaker player to allow you to score on them to gain more points, or if you score you might leave yourself vulnerable to opponent attacks. Score 10 points and you emerge from the ritual victorious. There were two matches in the demo, each against different teams with different players.

Though dark magical rugby does not seem to have a lot in common with older Supergiant games, in fact, Pyre feels a lot like a surprisingly natural evolution from Transistor. The gameplay is both simple in design but also complicated and requires a great deal of thinking and strategy to be victorious.

Like the previous Supergiant games, the art style showcases a deep, unique, colorful world. Though there are more Earthy dirty places in this game, every element adds to the overall storytelling and includes promises of mysteries to come. For example, in your wagon there is a man sleeping in the corner, just what is he doing there? How will he add to the story?

Most of the game is un-voiced, except for a narrator who appears to speak over the rituals, playing the role that Logan Cunningham’s characters played in the previous Supergiant games. The trailer and demo include a beautiful song with a duet of a male and female singer, so those who were enamored with Transistor‘s soundtrack might just have a new love in their life.

The complicated party management and long Oregon Trail-esque journey elements make me suspect this might be a longer title than the relatively short older Supergiant games. Even in the demo there were several choices offered, already a single branching path, and an entire universe of new concepts to be revealed.

Even though Pyre is still a long way off, the brief glimpse of the game offered at PAX East has already generated a huge wave of excitement. Pyre is slated to be released sometime in 2017 for the PlayStation 4 and PC. Supergiant has been working on this game since at least 2014, meaning that we should expect the same level of polish and artistic excellence we saw in Bastion and Transistor.