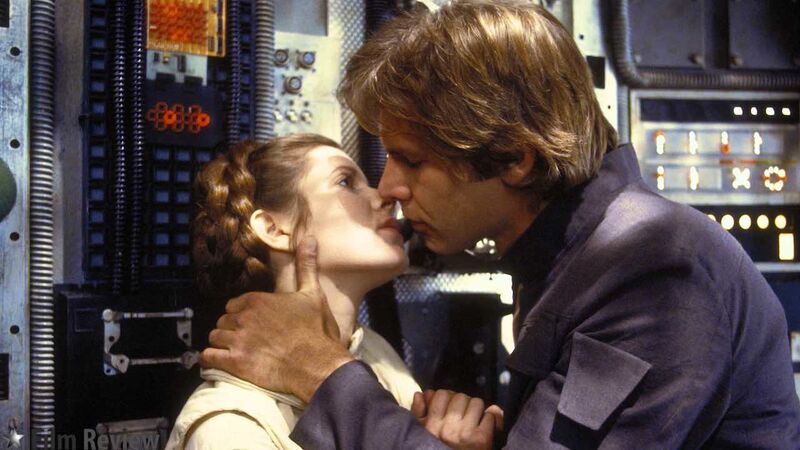 Han Solo and Princess Leia Are the Perfect Match

“Still, she’s got a lot of spirit. I don’t know, whaddya think? You think a princess and a guy like me…”

Their romance is the classic tale of two individuals from different social backgrounds. Han Solo is a rough and ready smuggler, living on the fringes of galactic society and engaging in illegal activities. Leia Organa is the complete opposite. A royal (if only by adoption) from the planet Alderaan, she lives in a world of high society, politics, and galactic rebellion.

On paper, Han and Leia should never have even met, let alone gotten together. There is even an age difference of about a decade between the pair. But when two people are thrown together against the backdrop of galactic civil war, sparks will fly. Han’s roguish charm wins Leia’s heart even if she initially tries to deny it.

The on-screen chemistry between Han and Leia is one of the most enduring romances committed to screen. Carrie Fisher, in her latest autobiography before her untimely death, shed light on why the on-screen relationship was so successful. Carrie recounts that she and Harrison Ford engaged in an affair while on the set of A New Hope. The revelation only lends a degree of extra believability to the pair’s on-screen relationship.

Even forty years later, Han and Leia are still regarded as one of the most prominent couples in pop culture. So why do we love Han and Leia so much? Because they are not perfect. They argue. They separate. But at the end of the day, they genuinely love each other. The evolution of the relationship on-screen never seemed forced. It was a natural progression, and is probably one of the reasons why the comparable relationship of Anakin and Padmé in the Prequel Trilogy garnered criticism.

Han and Leia’s scenes throughout the Star Wars movies are heartwarming, funny, and uplifting. Sometimes, all at once! We take a look at some of the defining moments of their relationship.

“Into The Garbage Chute, Flyboy!”

Han and Leia’s first meeting forms the basis of their entire relationship, and foreshadows everything to come. Trapped and surrounded by Imperial forces in the detention center of the Death Star, Han and Leia trade barbs from the moment they set eyes on each other. With blaster fire whizzing past their heads, Leia takes charge for the first (and definitely not last) time, creating an exit that saves them. Sure, the escape route leads into a garbage compactor, but no one is perfect.

“You’re Braver Than I Thought.”

If there’s one thing Han loves as much as he loves Leia, it is his ship, the Millennium Falcon. But the first time she sets eyes on the fastest hunk of junk in the galaxy, she is less than impressed. In truth, the Millennium Falcon is a reflection of Han himself. They both look beat up and down on their luck, but inside they are quick, pack a punch, and there is definitely more to them than initial looks suggest. Insulting his ship is almost like insulting Han himself,

Three years after their initial meeting, Han and Leia have built up a huge amount of romantic tension. When Han announces he is leaving to pay off Jabba the Hutt, Leia does not like it. While she covers her disappointment by telling him that the Rebellion needs him, Han sees though it. He knows that Leia wants to keep him around because she has feelings for him. She just refuses to admit them.

The romantic tension between Han and Leia that bubbles throughout The Empire Strikes Back comes to a head as Han gets frozen in carbonite. Facing the prospect of losing the man she loves, Leia finally admits what we all knew already – that she loves Han. And in typical Han style, he doesn’t say it back. He just flashes her his famous crooked grin and tells her he knows.

“Someone Who Loves You.”

While rescuing Han from the clutches of Jabba the Hutt, Leia once again admits that she loves Han. And once again, Han does not say it back! This time, it is the presence of Jabba the Hutt and his entire court. Talk about bad luck!

In a typically Han and Leia-style situation, they are surrounded by stormtroopers on Endor while trying to sabotage the shield generator protecting the second Death Star. Cornered and about to be captured, Han finally tells Leia he loves her. Right before she shoots the two stormtroopers behind him with a hidden blaster. In classic Star Wars fashion, he answer to Han’s declaration of love? “I know.”

As The Force Awakens opens, it becomes clear that Han and Leia have not had a happy life since the end of Return of the Jedi. Their son, Ben, has fallen to the Dark Side, become Kylo Ren and affiliated himself with the First Order. Unable to cope, Han and Leia separated. Leia now leads the Resistance while Han returns to his smuggling ways. Their first meeting in years is one that shows that despite the gulf between them, they still love each other. Han notices that she changed her hair. Leia teases Han about his jacket before things turn to the more serious subject of their son.

Han and Leia’s last moments together are heartbreaking and heartwarming at the same time. Neither knows that Han will not be returning from Starkiller Base, but their last conversation is full of warmth. Leia admits that she never liked Han leaving. And in typical Han style, he tells her that he is aware of that, and does it deliberately so that she will miss him. In their last embrace, Leia asks Han to bring their son home … and when he tries, it ends with his death. From across the galaxy, Leia feels his death in the Force and knows that he is gone forever.