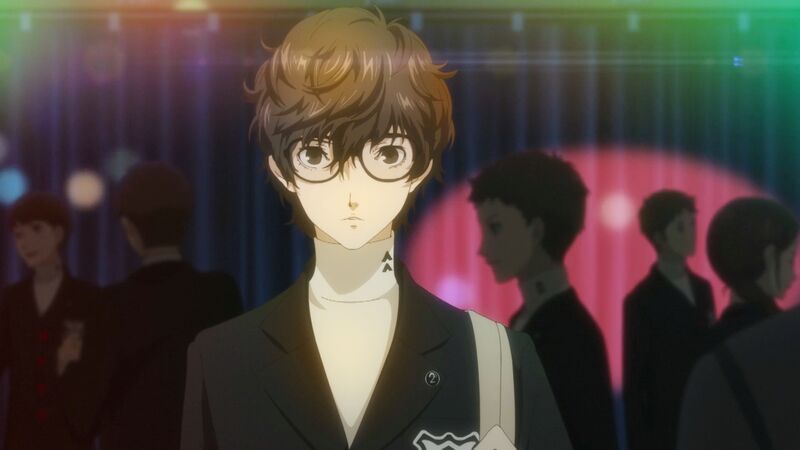 The world is a scary place right now. As long-laid plans began to get scrubbed from diaries, and once ordinary activities become  distant memories, there’s one experience we’re all sharing right now — being in self-isolation. While a wealth of people are struggling with these abnormal restrictions, for millions of introverts, this whole situation actually isn’t looking too bad. If you’re someone who’s all too happy to spend their weekends curled up with a book, there are far worse plans than being forced to work through that Netflix queue, right?

On the other side of the coin, however, some of us crave real-world interaction, our extrovert personalities begging for just one more night out, or that last trip to the movies with friends. Thankfully though, there’s a video game out there that can keep everyone happy. Like Animal Crossing before it, the addictive routine of Persona 5 Royal is something of a saving grace to both personality types during these odd times.

Walking through the lovingly rendered streets of a virtual Tokyo, watching other citizens go about their daily lives, food outlets satiating the masses — and the general hustle and bustle of city life — are the foundations that the recently released Persona 5 Royal is built upon. And it’s just the type of escapist voyeurism that feels doubly addictive during these weird times.

It’s also a wonderfully upbeat experience. Amongst Persona 5′s dungeon crawling exploration and supernatural plotlines lies something much sweeter  —  a game about the importance of forging lasting relationships.

As fans well know, outside of the expansive dungeon diving, Persona 5 Royal is primarily a life simulator. It starts off with your character finding themselves shipped to the big city after a series of unfortunate events, and it gently inducts you into this intimidating-looking new way of life. Much like that other calendar based gaming experience that’s blowing up at the moment, nothing about Persona 5 Royal is fast-paced.

It’s a slow-burning adventure that will happily restrain you from the action for dozens of hours at a time — and it’s all the better for it. Whether it’s the whacky nights out with your new virtual friends, falling asleep during class or simply just going for a walk through Shinkju, it’s almost impossible to resist Persona 5’s charm offensive. Why? Because in Atlus’ latest creation, we now have a chance to break free of the shackles of our reality and live another life.

With the story slowly introducing you to new friends, this is a game that sensibly gives players the breathing space to really invest in these virtual relationships. In fact, this glacial pace is somewhat of a motto for the series, with a loading screen regularly repeating one simple message: “take your time.” While the main plot of defeating people’s shadowy, demon-esque ‘personas’ is captivating enough, it’s the downtime goofing around between dungeons that really keeps fans coming back to Persona.

As your bonds grow deeper with your ragtag group of amigos, so do the options available to you. The drip-feeding of new friends, hangout spots and activities to engage in, hangs over you like a carrot on a stick — constantly inviting you to dive further into the sea of socialising awaiting you in virtual Tokyo.

It all starts off with you molding relationships with two distinct characters. Ryuji is a reckless idiot, with a heart of gold and a deep understanding of friendship. Ann starts off as an isolated and emotionally distant individual until those walls are broken down by your kindness and charm. Cliched, yes, but trust us — you’ll grow to love these little weirdos.

Cleverly, spending time with friends in Persona 5 Royal lends to some of the game’s more emotionally resonating moments. It’s telling that as the credits roll, the day the group gorged at an all-you-can-eat buffet until Ryuji projectile vomited everywhere becomes a fonder memory than any decrepit dungeon you overcame.

Much like a friend who loves to chronicle your nights together on Instagram, an in-game gallery possesses a smile-inducing photo of that meal, taken by a bubbly Ann, who was ecstatic to be in the company of friends. Awww.

Really, that’s Persona 5 Royal’s biggest strength — that it’s an escape to a world where everything is still operating as it should. Schools are open, parks are filled with gleeful student gatherings and Tokyo’s nightlife is excitedly bustling ’till the early hours of the morning. Instead of being a reminder of what life was once, it proves to be a hopeful glimpse into what lies on the other side of these crazy times. A reminder that at some point soon, we too can be embracing life and enjoying all the wonders that comes with it.

Persona 5 Royal also offers something that many of us have found ourselves craving right now — routine. An in-game calendar presents upcoming events to look forward to, and a general inkling into how life in the world of Persona will operate. Allowing you regularity, and a chance to plan ahead. If that wasn’t enough to entice you, this game even encourages you to be a better (virtual) person. One of the early mission objectives states: “live an honest student life.” And if that’s not a free pass to eat like a student for the remainder of social distancing, then we don’t know what is.

How you choose to spend the wealth of free time Persona 5 Royal presents you is entirely up to you, too. Want to work a part-time job to bring in some extra cash? Hustle on, friend. Fancy a trip downtown to complete some shopping? Treat yo’ self. What about entering the darts competition in that sketch looking bar? Show them who’s the dart king!

Persona 5 Royal isn’t shy about pushing you, either. As you attend school, suddenly, questions in class will take you off-guard, seemingly simple crosswords will slowly increase in difficulty as you progress –with these and later dungeon puzzles offering some welcome headscratchers.

It’s important to remember that the predicament the world faces right now isn’t going to last forever. We don’t know when it will end, sure, but it will. In the meantime, Persona 5 Royal acts as the immersive distraction we need right now. It’s a vision into what life will return to after this is all over. Spending time with friends, roaming around the city streets as the sound of laughter fills the air and of course, it kills a massive chunk of our most plentiful resource — time.

If you’re a sucker for all things Japanese (or just fancy a spot of virtual tourism) let Persona 5 Royal take your heart and give you that Tokyo getaway you didn’t know you needed.