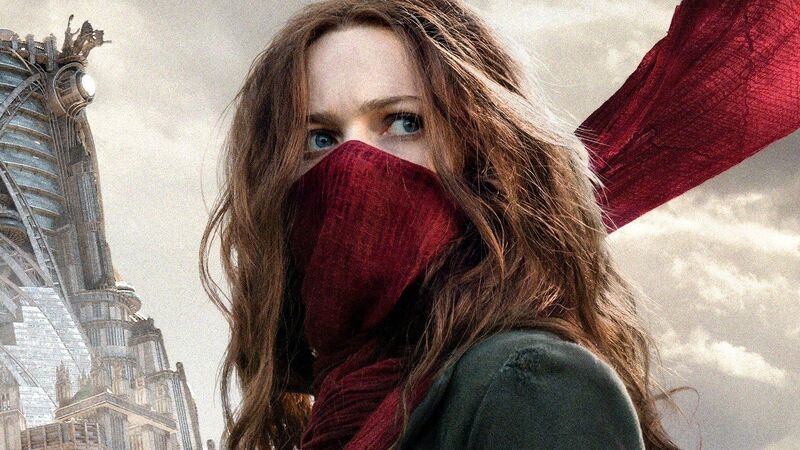 Peter Jackson on Adapting ‘Lord of the Rings’ vs ‘Mortal Engines’

In 2007, Peter Jackson read the first Mortal Engines book, immediately set it down, and started working on several different projects. But once his Tintin collaboration with Steven Spielberg was finished and Neil Blomkamp’s District 9 was released to an appreciative audience, it was finally time… to co-write and direct three Hobbit films, which took him another six years.

But now, it’s time for Mortal Engines to shine. Jackson says he held on to the rights and kept working toward the finished film throughout the years, out of devotion to the world that author Philip Reeve had created.

“They were real page-turners,” Jackson says of Reeves’ novels, which currently number four (along with a spin-off prequel series). “Great twisty, turny surprises throughout the books, with this incredibly interesting main character and a world that was very well thought through and very rich…”

What Draws Jackson to a Story

The writer, director, and producer first came to international notoriety for telling his own stories, from the low-budget New Zealand zom-com Dead Alive to the psychological drama Heavenly Creatures (based on a real, notorious New Zealand murder case) to the Michael J. Fox supernatural comedy The Frighteners. But blockbuster adaptations — like J.R.R. Tolkien’s Middle-earth stories, the early special effects landmark King Kong, Hergé’s Tintin comics, and Alice Sebold’s bestselling 2002 novel The Lovely Bones — have occupied Jackson’s attention ever since.

To Jackson, the origin of the stories matters far less than their ability to transport audiences to new worlds. “I gravitate toward stories — and not even just in the films I make, in the films I like to watch as well — where you have an imaginatively drawn world that isn’t like what you can experience today,” says Jackson. “Whether it’s a fantasy world or set in the past or the future, or even just a straight historical world from a time that’s an interesting period of time. I love films that are set in a world that you can’t possibly experience yourself, and it’s all new.”

The challenge, then, comes in balancing an exploration of this new and fantastical realm with the (hopefully) relatable human emotions of his primary characters. In Mortal Engines, this means laying out an exceedingly complex, intricate post-apocalyptic dystopia in which stationary cities have been replaced by massive industrial behemoths-on-wheels that tear across the European countryside searching for new resources.

But it also means convincing people to care about a few of the tiny humans who operate on and within these great machines. As Jackson puts it: “There’s always a challenge to basically be as imaginative as you can with the visuals, but then to humanize the characters and make them feel like their experiences are universal, that we can still empathize with.” The films only work, as stories, if the filmmakers can find ways to make them feel essential and relatable.

In Mortal Engines, Jackson and co-writers Fran Walsh and Philippa Boyens accomplished this by getting inside the characters’ heads and trying to see their strange fantasy world from the perspective of people who had spent their entire lives living in so-called “predatory cities.”

Speaking of protagonist Tom Natsworthy, who has spent his entire life living in mobilized, armored London until being unceremoniously kicked out, Jackson notes “that’s something we’ve never experienced. But he’s still a character that we can empathize with in the sense of his sense of humor and how he reacts to things.” We may not have lived through Tom’s experiences, but “we can intellectually understand what he’s going through.”

Getting the Shire Right Was Crucial in ‘LoTR’

While finding the human angle of a far-out adventure tale like Mortal Engines may have been a rigorous creative exercise, Jackson said he had a relatively easy time relating to his Middle-earth protagonists.

“I liked the Hobbits themselves,” Jackson recalls. “I liked Bilbo, I liked Frodo and Sam, and I liked those characters because they felt very similar to people that I knew growing up. Coming from New Zealand, my parents were English, so I’ve got a very English upbringing as it were.”

In fact, when asked for the one element he knew he had to include in any Lord of the Rings adaptation, Jackson reiterates that it was the coziness of life in the Shire that shined through. “The Hobbits just reminded me of my childhood so much, and their attitudes and the way they live. I connect with that quite closely, so that’s what I carried with me through those films.”

Could the Mortal Engines adaptations come to occupy Jackson’s career in the same way that Middle-earth has in the past few decades? The filmmaker’s unsure for now, preferring not to plan too far ahead.

“I like to try to live a life that’s full of surprises, so I don’t really have a 10-year plan or a 5-year plan. It’s nice to stumble across things that you didn’t even expect to, and you go ‘Wow, this’ll be a great film.’ It makes life a bit more interesting. So I have no particular thing in mind, you know, but I’m sure that something will come along because it always does.”