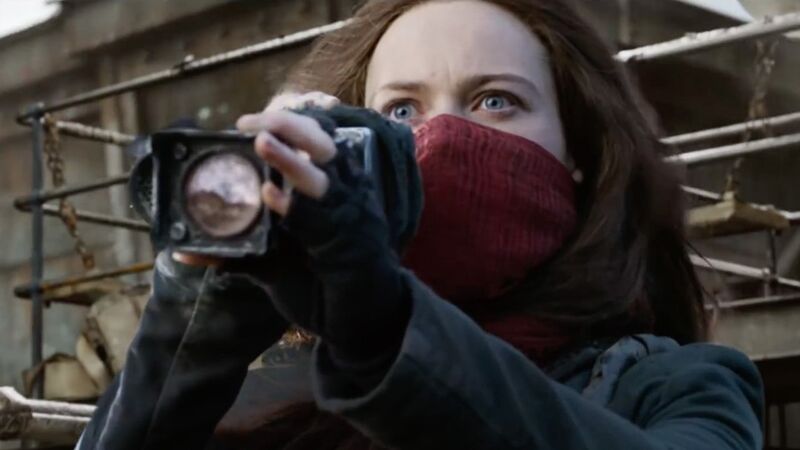 When Mortal Engines finally hits screens this December, it will bring a unique science fiction tale to the screen, in which mobile, motorised cities prey on one another. Lord of the Rings helmer Peter Jackson acquired the rights to the novel by Philip Reeve some time ago but was forced to relinquish the reins of the ambitious adaptation. Producer and the driving force behind the project, Jackson revealed at New York Comic-Con why Mortal Engines was such a long time in the making – and it was because of another little project of his you might have heard of.

Jackson explained, “I optioned these four books in the series and Mortal Engines was the first of the four books. I read the books as a fan because somebody had told me about them, and I thought they were fantastic, a world that I’d never seen before. [There were] fantastic character relationships in them. So I enquired about the film rights, which were available, fortunately, and optioned those. And we did a little bit of pre-production work.”

He continued: “We were heading toward production, and then The Hobbit came along. “Warner Bros suddenly cleared the rights to make The Hobbit which I wasn’t expecting so suddenly Mortal Engines got shelved. We put that to one side while we made three Hobbit movies for about five and a half years. And then once we finished that project I was exhausted and the Mortal Engines rights were about to run out. Christian has done storyboards with us previously, and he’s done a lot of second unit directing on The Hobbit so I said, ‘Christian, I think it’s about time that you made your first film’. So that was a way in which I could help get this movie made but not have to direct it myself. I got to sleep in in the morning. But Christian has done an incredible job. I couldn’t have done it better film. I’m incredibly thrilled by it, I’m incredibly proud of it.”

Christian Rivers told the audience that despite the great visuals, Mortal Engines is at heart “a character-driven story” set in “a huge, amazing, fictional world.”

“It’s driven by characters,” he added. “And all the visual effects there are to serve that story”.

Meanwhile, actor Robert Sheehan, who plays in the film, revealed that there’s a certain hard-to-spot cameo to look out for.

“Pete made a little bit of a cameo in the form of Sooty Pete,” he revealed. “Do you remember that statue that was outside…? When you watch the movie, see if you can spot Sooty Pete, the statue. It’s a little cameo by Pete in statue form.”