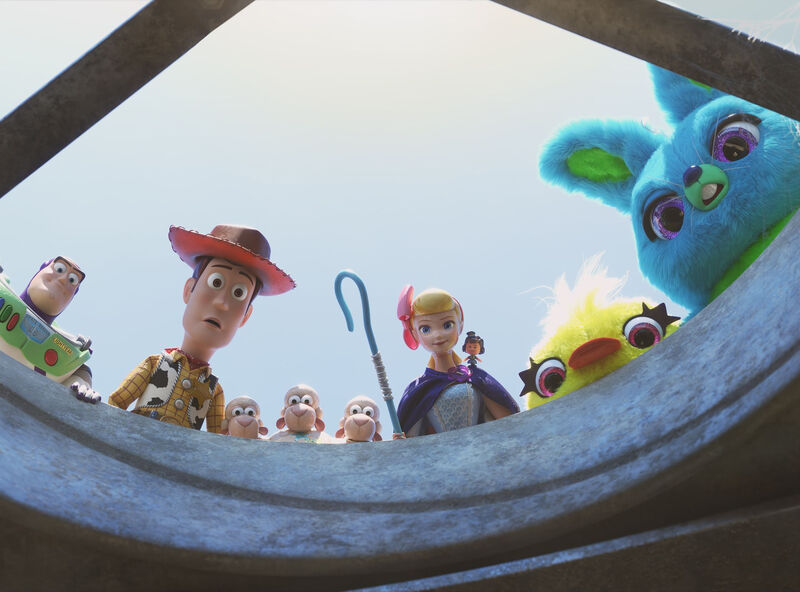 Pixar just released Onward, a fantasy story set in a world where magic has disappeared, about two brothers who try to spend one more day with their father who died when they are young. It’s the twenty-second movie from the computer animation studio — a nearly unbroken stream of success and critical acclaim that has earned the studio twenty Academy Awards. Yet while many film studio executives oversee productions, with notoriously mixed results, Pixar’s unique approach to collaboration has helped ensure they rarely release a dud.

Pixar almost did make a flop, however, just after the massive success in 1995 of Toy Story, Pixar’s first computer animated feature film. This was still a decade before Disney bought Pixar, but Disney had handled distribution and some of the financing for Toy Story. Disney’s business model at the time was to follow up hit movies with cheaply made sequels that would skip theaters and only be released direct-to-video as VHS tapes. In 1994 Disney had already made The Return of Jafar, a direct-to-video sequel to Aladdin, and they would soon follow with Aladdin and the King of Thieves and a sequel to The Lion King called Around the World With Timon and Pumbaa.

As former Pixar president Ed Catmull recounted in the Harvard Business Review, the studio shifted their best creatives from Toy Story, including director John Lasseter, writers Andrew Stanton and Joe Ranft, and Lee Unkrich, and editor Joe Ranft, onto their next big idea: A Bug’s Life. Meanwhile, another less experienced group started work on Toy Story 2. After A Bug’s Life hit theaters just before the holiday season in 1998, Pixar execs realized that production of Toy Story 2 was far behind and the level of writing and animation were well below the high standard set by Toy Story. “Right away, we realized that we’d made a terrible mistake,” Catmull writes in his book Creativity, Inc. “Everything about the project ran counter to what we believed in.”

So Pixar sent Lasseter, Stanton, Unkrich, and Ranft back to rescue Toy Story 2 in just eight months. The team tweaked the animation and added important character moments, such as the idea that Woody might actually be tempted to leave behind the rest of Andy’s toys because children eventually outgrow them. That resulted in the heartbreaking “Jessie’s story” sequence set Sarah McLachlan’s “When She Loved Me.” Once Disney execs saw the improved plan for Toy Story 2, they decided it was worth sending it to the big screen. “As it turned out, the economics of direct-to-video for a Pixar film weren’t working as well as hoped,” historian David A. Price writes in The Pixar Touch.

After Toy Story 2 was even more critically acclaimed and widely beloved than the original, Pixar decided to hang on to this collaborative process for every film the studio would make. “To ensure quality, I believed, any person on any team needed to be able to identify a problem and, in effect, pull the cord to stop the line,” Catmull writes. They dubbed it the “Brain Trust.”

In practice, the Pixar Brain Trust means that the studio’s top creatives will sit down together with the team working on any production and give their honest views on how the film-in-progress could be improved. During the two-hour sessions, the film’s director and writers either screen a rough version or use storyboards spread out around the four walls of a conference room to walk through every beat of the story. “It doesn’t pay to soft sell,” said Rob Edwards, the writer of The Princess and the Frog, in an interview with the Film Trooper podcast. “You pitch it as your favorite movie.” Next the members of the Brain Trust zero in on the big moments that make or break a movie — where characters make an important decision — and work backwards so that the audience is with them every step of the way.

The process is unusual in filmmaking, where writers type out a script on their own or with a partner, and directors have the final say on film set decisions by themselves (with the notable exception being sibling directors like Joel and Ethan Coen and Joe and Anthony Russo). Pixar also modeled the Brain Trust as less of an oversight body that tightly controls a filmmaking team, and more like a pool of knowledge the writer and director can use as a resource to help develop the best possible version of their movie. “All directors, no matter how talented, organized, or clear of vision, become lost somewhere along the way,” Catmull writes. “That creates a problem for those who seek to give helpful feedback. How do you get a director to address a problem he or she cannot see?”

The Brain Trust gives story notes that are meant to be sharp and honest but not brutal. “As soon as we said, ‘This is purely peers giving feedback to each other,’ the dynamic changed, and the effectiveness of the review sessions dramatically improved,” Catmull writes. At the same time, if a movie’s creative team really isn’t working, Pixar is not above replacing them with someone who might be a better fit. On Ratatouille, for example, the original director and writer Jan Pinkava was swapped out in the early stages of production for Incredibles director Brad Bird. And while the original concept and story for Brave was the brainchild of Brenda Chapman, Pixar turned the movie over to Mark Andrews, who also wrote the live action John Carter with Andrew Stanton. (Chapman and Andrews both shared Brave’s 2013 Oscar for “Best Animated Feature.”) The Brain Trust also reportedly suggested ways to improve how the parent-child relationships were drawn in Brave, and to make the scene where Merida’s mother transforms into a bear less scary by adding comedic slapstick elements.

More recently, Toy Story 4 involved more women contributing ideas that led to the growth of Bo Peep from a side character in the first movie to a stronger, independent female lead. The first woman on the Brain Trust was Mary Coleman, who has since been credited on eight Pixar features and the Oscar-winning animated short Bao. The original outline for Toy Story 4 was developed by Rashida Jones (Parks and Recreation) and Will McCormack (Brothers & Sisters), who left production after creative differences. Then Stanton developed a 10-page treatment, and Pixar brought in Stephany Folsom to write the script. (A total of 11 people are credited as writers on Toy Story 4.) Folsom told Indiewire that she met with the Brain Trust on her first day at Pixar and continued collaborating closely with the team throughout the production. “[Director] Josh Cooley would run ideas by me and the story team, who are helping him to craft characters like Gabby Gabby,” Folsom said.

Since Disney took Pixar under its wing to the tune of $7.4 billion, the Brain Trust concept has influenced the development of movies on the Walt Disney Animation Studios side of the entertainment corporation. Lasseter and Catmull oversaw both Pixar and Disney Animation after the merger, and during their tenures (Catmull retired in 2019) Disney had huge successes with Frozen, Wreck-It Ralph, Zootopia, and Moana. Lucasfilm, which was bought by Disney in 2012 for $4 billion, also has a similar concept with the Lucasfilm Story Group that manages continuity and story elements in the Star Wars universe across the myriad movies, TV shows, comic books, and novels. “Telling the truth is difficult,” Catmull writes. “But inside a creative company, it is the only way to ensure excellence.”