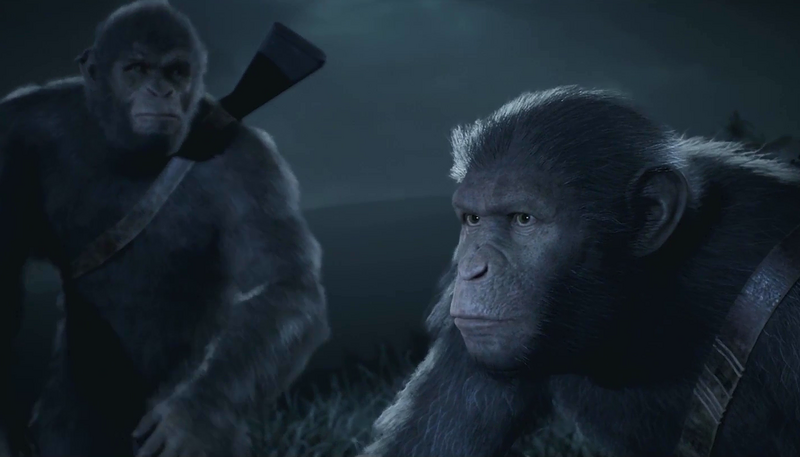 Andy Serkis is producing a ‘Planet Of The Apes’ video game

Ever since watching Dawn Of The Planet Of The Apes, we thought its sprawling post apocalyptic landscapes were crying out for their own open world video game. Now, with the announcement of Planet Of The Apes: Last Frontier, it looks like at least one half of our wish has come true.

Developed as a collaboration between Andy Serkis’ motion capture studio Imaginarium and FoxNext games, this  Unreal Engine 4 powered adventure sees players playing the role of both man and ape. Taking inspiration from games like Telltale’s The Walking Dead, here players will be tasked with making decisions that define how the war plays out.

Taking place between Dawn of the Planet of the Apes and War for the Planet of the Apes, the game’s story focuses on a tribe of apes who have built a home in the Rocky Mountains during the human-ape war. As is the way with nasty post apocalyptic lands, food  soon becomes scarce, and the apes are soon forced to gather supplies from the human-occupied valley below – and things don’t look like they turn out well.

Planet of the Apes: Last Frontier comes out this autumn on PlayStation 4, Xbox One and PC.