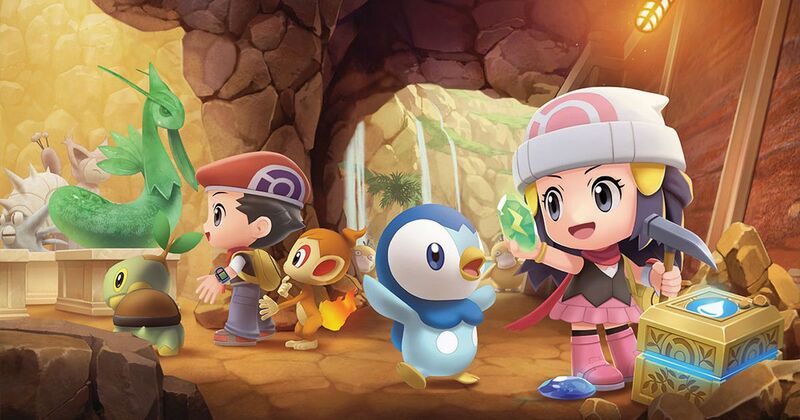 How ‘Pokémon Brilliant Diamond’ and ‘Shining Pearl’ Evolved from the Original 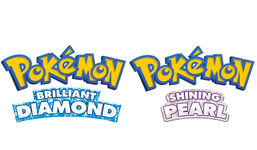 It’s time to return to the Sinnoh region in Pokémon Brilliant Diamond and Shining Pearl as the classic games get shiny new remakes for the Nintendo Switch. The game was announced back in February when Pokémon celebrated its 25th anniversary. Yes, that’s right, it’s been 25 years since Pokémon Red and Green first arrived on shelves in Japan back in 1996. Western players got their hands on Pokemon Red and Blue in 1998 and 1999. Since then, Pokémon has become a pop-culture behemoth.

Don’t worry Pokémon trainers, Brilliant Diamond and Shining Pearl aren’t just simple transfers of 2006’s Diamond and Pearl from the Nintendo DS to the Switch. ICLA, Nintendo, and The Pokemon Company have upgraded the adventure with enhanced graphics, new activities, and sprawling new environments to explore. So with more new features than you can throw a Pokéball at, let’s take a look at how Pokémon Brilliant Diamond and Shining Pearl have evolved from the originals.

One of the biggest changes is the new visual style of the gameplay. The original games featured a lovable 2D art style with Sprite characters and Pokémon. Yes, they were adorable, but times change! The franchise has given players 3D adventures since 2013’s Pokémon X and Y, and it’s a much more immersive way of travelling through the various regions in the world.

Not only does Brilliant Diamond and Shining Pearl give players a 3D version of the original titles, but it also has a completely different art style, which gives these remakes their own identity. The Chibi art style divided fans when the games were first announced, but it actually helps create a brand new way to experience the Diamond and Pearl story. Plus with the HD graphics, all the new features look truly stunning.

Remember going underground in the 2006 games? Well, it’s had a complete overhaul for the remakes and it’s now called The Grand Underground. See, it’s got a fancy title and everything. The sprawling maze of tunnels exists underneath the entire Sinnoh region, and players can descend into it using the Explorer Kit. Trainers can get their hands on the kit from (you guessed it) Underground Man in Eternia City. Hopefully, that’s not the name on his birth certificate…

Anyway, the kit comes with various tools like the hammer and the pickaxe, while the radar can be used to find fossils and spheres which are buried in the Grand Underground. And yes, Secret Bases are also returning to the game, so you can make your own den and decorate it with cool items and statues. But that’s not all, certain parts of the Grand Underground called Pokémon Hideaways feature Pokémon that can only be found in those areas. So it’s important to explore those tunnels thoroughly if you’re a Pokédex completionist! Surprisingly, players can also change which Pokémon they encounter in the Hideaways by putting different Pokémon statues in their Secret Bases.

And yes, the co-operative function is also making a comeback, but with a global difference as multiple players will be able to explore the Grand Underground and hunt for fossils online together. So go live out your wildest Diglett fantasies!

One thing that Pokémon has never emphasised before is customisation – players are always given a character with whom to explore with their own story and family. But this time around there’s a little more freedom as to who you are in Brilliant Diamond and Shining Pearl. When players first start the game they can choose their gender and skin tone, and players can also buy different outfits from shops throughout the world to change their look.

The customisation doesn’t stop there though, as players can also add stickers to their Pokeballs which shows off a visual effect when throwing a Pokémon into battle or into a Super Contest (yes, they’re also making a comeback!). These stickers are added via a new feature called Capsule Decoration, and players can add up to 20 stickers onto a single Pokéball. There are 90 stickers to be collected throughout Sinnoh by beating Gym Leaders, buying them in shops or scoring well in a Super Contest. So you’ll be able to customise your main roster of Pokémon to your heart’s content.

And speaking of the Super Contests, these stickers will also earn you extra points in the Visual Evaluation section of the contest. So anyone trying to win with a Feebas definitely needs to use stickers to raise that beauty stat. Yikes.

Look, we all know Pokémon are cute right? Well, one of the sweetest gameplay features is making a return in Brilliant Diamond and Shining Pearl. After a certain point in the game (presumably a big story moment or when you’re given a specific item) players can pick one of the Pokémon in their team to walk behind them. It’s actually adorable, and players that remember having their Pikachu follow them along back in Pokémon Yellow will probably freak out over it. Personally, I’d just wait till we catch Dialga or Palkia and pick them to follow us around. Legendary flex.

Looking to complete your Pokédex, but can’t find a specific Pokémon? Get trading with other players! It’s been a constant element of the franchise, but Brilliant Diamond and Shining Pearl are making it easier to meet with other trainers from across the world thanks to the addition of two new rooms. Just press Y anywhere in Sinnoh and you’ll be taken to the Union Room, where you can then choose to head into the Local Room to battle and trade with other trainers closer to you, or you can go worldwide with the Global Room. And when the Pokémon Home subscription service debuts in 2022 – players will be able to move their Pokémon from Brilliant Diamond and Shining Pearl with Pokémon Legends: Arceus, and vice versa!