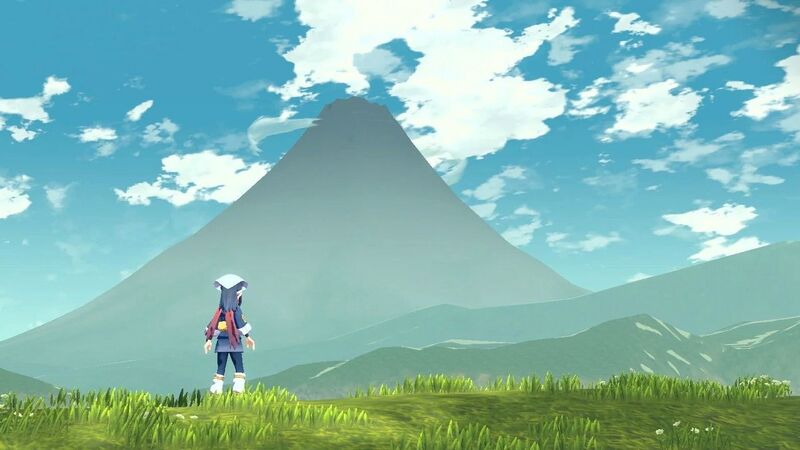 Arceus and The Future of Pokémon

Pokémon seems like one of those franchises that will never go out of style. Since its humble beginnings in the mid-1990s with Red and Blue, Nintendo’s marquee franchise has consistently remained at the forefront of popular culture. It’s a property that, fittingly, has always been able to evolve with the times and remain relevant: one of the first titles to introduce color in handheld consoles, and an early adopter of gaming peripherals like the Pokéwalker.

Yet the next twelve months could completely shake up the face of the Pokémon franchise. The most recent mainline entries, Sword and Shield, released in 2019 on Nintendo Switch to lukewarm reception. While not offensively bad, they were more of the same for Pokémon, and the clearest sign yet that something needed to give. With the new Pokédex entries less memorable, and the plot more streamlined and briefer than ever, it was time for Game Freak to shake up the formula, or risk jumping the shark.

That’s why late 2021 and early 2022 are so crucial for The Pokemon Company. In a one-two punch of successive releases, there are two new console entries due in this period: the remakes of Diamond and Pearl, and the RPG-lite Legends: Arceus. More than ever before, the success of these games could determine how Pokémon progresses in the future—and, as such, it’s never been a more crucial time to be a fan.

The current state of Pokémon

While the console games may be lacking in comparison to hits like Emerald or FireRed, Pokémon’s current strength is coming from its spin-offs and peripheral entries. No discussion of Game Freak’s franchise is adequate without mention of Pokémon GO, the mega-smash mobile hit that took the world by storm in 2016.

The Pokémon franchise wasn’t in any sort of jeopardy five years ago, when Pokémon GO released, but it nonetheless propelled the franchise to levels of popularity the property hadn’t seen for decades. The game was absolutely everywhere, and even those without an attachment to Pokémon were playing. It’s still astoundingly popular to this day, with a dedicated fanbase enjoying regular promotional events and movie tie-in rewards from developers Niantic.

Yet even aside from Pokémon GO, the franchise is still wildly popular. This year’s mobile MOBA, Pokémon UNITE, is going from strength-to-strength, recently launching a Halloween-themed special event. That’s on top of a recent Netflix movie, Secrets of the Jungle, launching earlier in October. Pokémon as a franchise is as ubiquitous as it’s ever been—but, interestingly, it’s the mainline game entries that don’t seem to be keeping up with this trend.

2019’s Sword and Shield are by no means bad, expanding the lore in the Galarian region and bringing the tried-and-tested formula to Nintendo Switch. The problem was the lack of risks taken by Game Freak: it felt like more of the same. A tense encounter as you pick your starter Pokémon, followed by eight gym leader battles, and an inevitable triumph over the region’s charismatic champion. It might still be enough to enamor younger audiences less accustomed to the formula, but for those who have been with Pokémon from the start, the allure was starting to wear off.

The return of Diamond and Pearl

That’s where 2021’s Pokémon games enter the scene. In just a few weeks’ time, Nintendo will release Pokémon Brilliant Diamond and Shining Pearl. They’re remakes of the 2007 entries Diamond and Pearl, which were the first Pokémon games to land on Nintendo DS. Remastered for Switch, these re-imaginings retain the top-down, 2.5D style, while updating colors and artwork to modernize the game for contemporary audiences. It’s less of a visual undertaking than Sword and Shield, which were fully rendered in 3D and pushed the Switch to its limits, but instead a nostalgia-eking trip down memory lane.

In many ways, Brilliant Diamond and Shining Pearl are indicative of Game Freak’s first approach to contemporary Pokémon releases. A lot of their recent games have mined the reliable well of nostalgia, remaking classic Pokémon games and re-introducing them to modern audiences. This works well in two ways: giving a much-loved dose of nostalgia and childhood fondness for adult players, and presenting a tried-and-tested hit title for new players. It’s a method very often used in the Pokémon franchise. In fact, the first releases on Switch were Let’s Go! Eevee and Let’s Go! Pikachu, simplified remakes of Pokémon Yellow, geared towards first-time players.

Of course, there’s no harm in remaking these former classics. Diamond and Pearl are some of the most beloved entries in the franchise, with a thrilling story, and the introduction of several fan-favorite Pokémon: most of all Bidoof, who has gone on to have its own commemorative day within the Pokémon calendar. After the hit success of Ruby and Sapphire, expectations were high for these releases. It’s telling that over a decade on, they’re still just as popular—and as such, many are clamoring for their release this November.

Yet while some see it as an exciting and comforting return to classic Pokémon titles, others see it as a deviation from creativity, and leaning on nostalgia rather than striving to innovate the franchise. While it might be a shiny visual upgrade, Brilliant Diamond and Shining Pearl will play exactly like their decades-old originals—and to some, that’s a problem. Sword and Shield faced their fair share of criticism for playing it safe with the Pokémon formula, and judging by the upcoming remakes, that trend might continue. For better or worse, Pokémon is leaning on the staples that made it a hit, rather than seeking to evolve the franchise.

That is, unless you consider the upcoming 2022 release, Pokémon Legends: Arceus. In many ways, this is the main event in the Pokémon calendar: Game Freak poured all their resources into this game, giving the Diamond and Pearl remakes to a third-party company, ILCA. In many ways, it’s the stark opposite of those games releasing this November: its story is brand-new, its gameplay is completely overhauled, and it’s as far from the tried-and-tested Pokémon formula as we’ve seen in years.

Pokémon Legends: Arceus takes place in Diamond and Pearl’s Sinnoh region, but centuries in the past. In this historical setting it’s known as the Hisui region, with visual variations on beloved Pokémon to emphasize the years of evolution still to come before they morph into the designs we know and love. Rather than a catch-em-all adventure, scavenging for Gym badges and battling the Elite Four, Legends: Arceus is as close to a Monster Hunter game as the franchise has ever been.

Rather than filling your Pokédex, this time you’re trying to formulate it. Yes, the historical setting means you play as one of the first ground-breaking Pokémon researchers, learning how humans interact with these creatures, rather than already knowing this information. It creates a really unique tone for a Pokémon game: these unwitting scientists don’t know how each creature will react to their presence, leading to some sequences where Pokémon will actually go after your player, attempting to attack. On top of that, a recent promotional teaser borrows the found-footage formula best executed in The Blair Witch Project. When a Pokémon game is playing with aesthetics often reserved for horror, you know you’re in for something different.

Of course, Pokémon Legends: Arceus won’t be a horror game—we can rule that out already. Yet, the willingness to toy with darker tones is exactly why it’s such an exciting prospect. It completely deviates from the tried-and-tested gameplay approach, too, with real-time action, and a more engrossing third-person camera that follows the player from behind, rather than on top. Combined with a nearly medieval time period, extensive character customization, and new battle mechanics, it’s set to completely overhaul how you expect to play Pokémon.

Yes, no longer will you click through menus, select a move to use, and watch as your chosen companion does battle with a rival Pokémon. Instead, it’s you doing the fighting, against some pretty formidable foes. In a much more strenuous approach, you have to run and dodge lumbering strikes from Pokémon, tossing berries and Pokéballs to try and tame their advances and bring an end to the fight. It’s something the franchise has toyed with before—namely in the real-time MOBA Pokémon Unite—but never before have we been given the chance to control a trainer doing actual battle with a Pokémon.

Of course, those classic battle mechanics are still there—you can choose to toss a Pokéball, letting your team do the fighting in something more reminiscent of classic Pokémon turn-based gameplay—but the sheer ability to fend off Pokémon in real-time is a wildly unique concept. It’s proof that Game Freak is ready to evolve the franchise, not resting on the formula that’s served them so strongly up until now.

The future of Pokémon

In many ways, these upcoming games—Brilliant Diamond/Shining Pearl and Legends: Arceus—mark two distinctly different directions for the Pokémon franchise. On one hand, this year’s upcoming release is more of the same, but that’s by no means a bad thing. It’s a tried-and-tested remaster that elicit mountains of nostalgia, and proves that the Pokémon formula is just as playable now as it was decades ago. However, it also feeds into the common complain that Pokémon games rest on their laurels somewhat, unlikely to push through new ideas and subvert our expectations of what a Pokémon game can be.

That’s why Pokémon Legends: Arceus is such a staggering and promising entry in the Pokémon canon. If it’s a hit with audiences and critics, it could mark a turning point for the franchise—one where more creative risks are taken, be it with time period, gameplay, or tone. If it doesn’t live up to expectations, then it could send the franchise back down the path it’s trodden with some success for so long: one of eliciting nostalgia and playing it safe.

This isn’t to say that either approach is right or wrong. Far from it: both games look incredible, and I’ll be picking each up on launch day. They just mark two different forks in the road that the Pokémon franchise could turn down: one of innovation, or one of consistency.

Considering how vastly successful the Pokémon franchise has been since its launch in the 1990s, it’s unlikely that the franchise will ever truly jump the shark. As long as there’s adventurous young gamers—and nostalgia-hunting adults—there will be a market for the expansive worlds and adorable simplicity of the Pokémon world.

But these new two titles mark a point where the games we see in years from now could be something completely different to what we’re playing at the moment. If Legends: Arceus is a hit, then you can expect even more RPG inflections in future games—and perhaps more prequels, too. If the Diamond and Pearl remakes strike more of a chord with fans, then expect to see remakes of Black and White several years down the line. It’s not a case of make-or-break for the franchise, as its extensive media empire will keep it going for generations. Rather, this is a crossroads, where we discover what the future of the game series will look like.

Regardless of which game you’re looking forward to most, there’s one thing everyone can agree on: the Pokémon franchise is stronger than it’s ever been. Even those less interested in the games still have the extensive anime series to enjoy, with its latest iteration, Pokémon Master Journeys, premiering last year. Time is nowhere near up on Pokémon—though the franchise’s next few months could be some of its most defining. No matter what happens, we’ll be there, ready and waiting to catch them all.

Luke Hinton
Lukeh38
Luke Hinton is a freelance culture journalist living in Cardiff, Wales. He graduated from Cardiff University with a degree in Journalism, Media and Communications, and currently balances his freelancing work with postgraduate studies. He specialises in film, TV and entertainment writing.