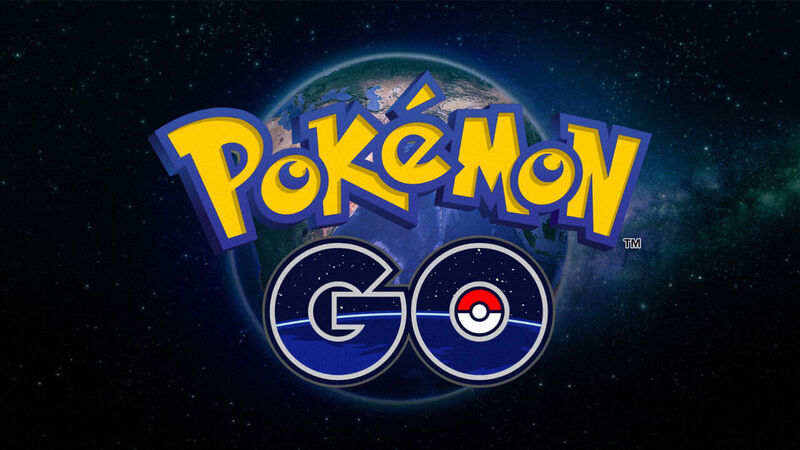 How ‘Pokémon GO’ Can Help Players Cope With Mental Illness

There are days when it’s hard to get up, the world outside being too big and too terrifying to even begin to step into. Just existing can be overwhelming for someone suffering from a mental illness. Whether it’s anxiety, depression, some combination of the two, or another illness that plagues the mind, daily life can be exhausting. For some folks suffering from these illnesses, however, Pokémon GO can be a helpful tool to overcome some of the symptoms.

Yes, that’s right. Pokémon GO, the phone app that has everyone running around looking for digital pocket monsters, can be a fantastic way to help people suffering from anxiety and depression. As someone who has battled both for well over a decade, I’m always looking for new ways to make life a little easier. Pokémon GO is great: It’s free, it gets me moving, and it distracts me from whatever intrusive thoughts are plaguing my mind. It’s surprisingly helpful, and could be used in a variety of ways by people with a variety of problems.

One of the most difficult things about dealing with anxiety is the constant pervasive thoughts. Whether it be worries about real-life problems (bills, family, school) or perceived inadequacies, many sufferers of anxiety deal with a running monologue in their head about things that are troubling them. For some, the anxiety proves so great that even leaving the house becomes a challenge.

Pokémon GO not only encourages its players to leave the house and walk around, but the more walking (or biking/running) you do, the better the results in-game. Exercise is a phenomenal way to raise endorphins and lower cortisol, the primary stress hormone. Just by getting up and walking around, people with anxiety can see improvement in their mental health. Pokémon GO encourages users to get up and move, which is healthy in almost every way.

In addition to promoting physical activity, Pokémon GO helps the user keep their focus on the game, searching for Pokémon in their neighborhoods. It’s difficult to be anxious or listen to the running internal monologue when you’re engaged in the game, searching for a Pidgey or a Rattata on your neighbor’s lawn. It’s immersive and the augmented reality feature keeps the user at least somewhat grounded in their surroundings.

Pokémon GO can even be used during panic attacks, forcing the player to focus on the game instead of their immediate situation. While this doesn’t always work because panic attacks are unique beasts with their own set of rules, some players might find that just distracting themselves for a five-minute walk is enough to calm down and reassess the situation.

The app can also be useful for overcoming social anxiety. Players who normally have a difficult time talking to strangers or interacting with other people can go to Pokémon GO meetups or areas where lots of players congregate. A trip to the local park could introduce players, and with a common interest to talk about, it’s much easier to open up and speak with strangers. The interactions can be brief (“Hey, is there a Blastoise over there?”) or lengthy, creating new acquaintances or even friendships.

Many of the reasons Pokémon GO is so useful in helping people with anxiety also extend to people with depression. Exercise has been proven to help those battling depression, as it raises good hormones and decreases the ones that make you sad. Exercise also creates a sense of accomplishment and promotes better self-worth, which is integral to combating the negativity that comes with depression.

Depression causes many of its sufferers to feel as if they’re in a fog. They’re not sad so much as apathetic, unable to deal with the world because it just doesn’t matter. Pokémon GO can provide a focus, a tiny beam of positivity that helps pull the player out of the fog, if only for a little while. It also provides goals in the form of walking to hatch eggs, or catching Pokémon to help level up others. Goal-setting can be difficult sometimes, so having pre-set goals in your pocket can be a boon when the world seems too complicated and pointless to deal with.

For those of us who are easily amused by how cute Pokémon are, there’s something that warms the heart every time you catch one of the particularly adorable ones. Much like looking at cat videos on YouTube as a form of brightening your day, the pocket monsters can bring a smile to my face on most days. It’s a small thing, but the small things add up and can improve an otherwise negative day. Sure, I may have felt like the world was going to collapse around me, but at least I caught a freaking Pikachu.

Pokémon GO could probably be used to treat other psychological issues, from Post-Traumatic Stress Disorder to Obsessive Compulsive Disorder, but there’s always room for overuse and problems. No one should focus all of their time and energy on a game, and some players have definitely taken the idea of “gotta catch ’em all” too far. Players whose mental illnesses overlap may find that the app disconnects them from reality too much, which could be harmful in players with disassociation or schizophrenia. (Obsessive-compulsives could also have problems if their obsessions begin to revolve around the game, though it may be healthier in the long run than their previous obsessions.)

Pokémon GO will not magically solve anyone’s problems, but it’s a great little app that’s fun for everyone, regardless of their mental health status. It’s been very helpful for me during a recent bout with intense anxiety, but it may not work for everyone. Talk to your doctor, give it a go, and maybe catching some of those pixelated characters will help you feel a bit better.