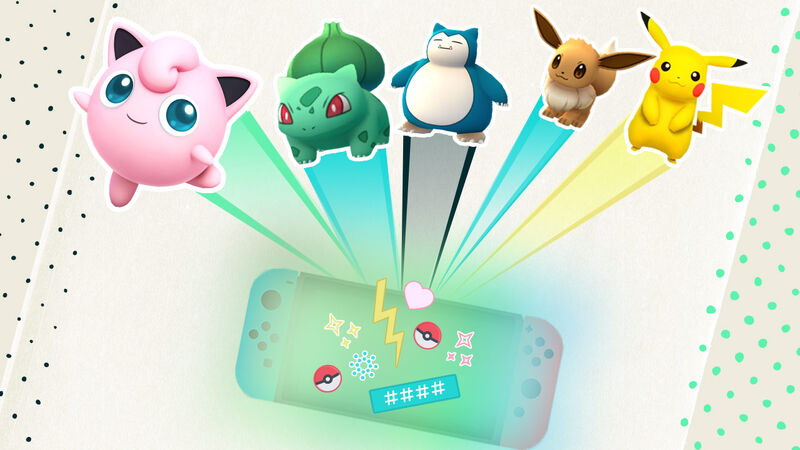 ‘Pokémon Let’s Go’ Review: A Joyful Remake that’s as Deep as It Is Charming

For most people born in the 1990s, an HD Pokémon Yellow remake is the stuff of dreams. Like millions of other kids, we spent countless family holidays hunched over a Gameboy screen and even more years whispering training tips to friends in playground corners. It’s unsurprising then, that for us, revisiting the region of Kanto feels a bit like going back to your old childhood home. Yet, the first time we got our hands on the slick-looking Pokémon Let’s Go, returning to Kanto felt borderline blasphemous.

Why? Because on this trip back to our home away from home, we were aghast to find that someone had done some pretty major renovations while we’d been gone. Where 2004’s Pokémon Fire Red and Leaf Green merely spruced the place up with a much-needed lick of paint and left it at that, 2018’s return to Kanto has torn out half of the long-standing Pokémon RPG foundations, replacing them with a mish-mash of Pokémon Go-inspired pillars and a few unexpected new systems.

With Pokémon GO being such a global phenomenon, it’s not hard to see why Game Freak and Nintendo wanted to create an experience that would lure more casual fans back to Kanto. But with Let’s Go it almost feels like Gamefreak’s approach to Kanto was to take something old, something new and somethi– DON’T F*** WITH OUR CHILDHOODS NINTENDO! —  Ahem. Sorry, we get a bit over-protective when it comes to those early Pokémon games.

Rebuilding an Old Game for a New Generation

It’s not just us who seem to cling on to the original 151’s world so conservatively though. For many kids growing up in the ’90s, Pokemon was more than just a compelling video game – it was a portable portal to another world. In fact, this aggressive desire to protect a universe that was so special for fans is a sentiment that has been echoed on message boards and in YouTube comments below every trailer for Let’s Go. Why? Because pokéfans feel genuinely anxious that the HD Yellow remake they’ve always wanted will instead be diluted into a cynical, hand-holding remake.

Yet, thankfully ( and much to our surprise), it seems like most of these fears have been fairly unfounded. While Let’s Go is undeniably a far more streamlined, approachable and forgiving game than its forebears, it’s still an utter joy to play as someone who’s loved Pokémon for two decades.

While the key journey to becoming a Pokémon master will feel just as familiar as replaying Yellow on the 3DS, the amount of care and attention to detail that has been poured into this world (along with a welcome amount of fan service and new surprises) means this trip to Kanto feel surprisingly fresh.

What? Pokémon Is Evolving?!

The first thing worth noting for pokéfanatics, is that how you catch Pokémon in Let’s Go is completely different to the mainline games. Like in the park-bothering mobile hit, Pokémon GO, this Switch spin-off sees trainers catching new critters via a Pokéball-chucking mini-game. Using either a detached joycon, a Pokéball-shaped controller, or the Switch’s gyro controls, you aim at your desired mon and  use motion controls to send a Pokéball flying.

Essentially, this means you can now bag yourself a new beast without having to battle and weaken your quarry first. If that wasn’t enough of a reason to make you worry that this remake might be too easy, once you’ve actually caught said Pokémon, you’re also rewarded with a ton of experience points… for every Pokémon in your party.

It’s a change that radically alters how Pokémon plays as an RPG, and one that initially left us questioning whether the game would even be satisfying for adults at all. After all, grinding your way through countless grueling battles has always been part of the struggle that makes training up your beloved mon so rewarding. Yet, somehow, Let’s Go manages to strike just the right balance between streamlining the player experience and keeping the core gameplay loop fun.

While we found ourselves initally rolling our eyes at the fact that our constant catching sprees accidentally triggered Weedle and Caterpie evolutions in the early game section of Veridian Forest, from the third gym onwards, we were relieved to see that Let’s Go’s difficulty curve really starts to steepen.

With battles and catching Pokémon now  each requiring very different skills and mechanics, this new found variety breaks up the constant battling that — if we’re honest with ourselves — can  actually get pretty tiresome in the early Pokémon games. Flitting between battling a slew of trainers and then wracking up catching combos in order to lure out rarer Pokémon, meant that the journey to become the very best kept feeling fresh and varied throughout.

Yet,  while Pokemon Let’s Go is fairly fun to play in its own right, the main draw here for Pokemon fans is just how stunning Kanto looks.

Thanks to the graphical grunt of th Switch, Let’s Go’s brightly coloured anime-esque visuals and newly added cinematic cutscenes really help breathe new life into this once pixelated world. It’s not just sharp-looking character models though, it’s how alive and personable these majestic monsters feel.  We’ve said it before, but Pokémon Let’s Go looks and feels how you always imagined Kanto would if it really existed. Whether it’s the little Machop in Vermillion City pacing up and down and lifting things, or taking your Magikarp out of its Pokeball so it flops joyfully behind you, it’s the little touches that really help you believe that humans and Pokemon live together in this world.

Yet, as great as all the cute little anime-esque touches are, it’s in the battles where the new HD  visuals really shine. Pokémon attacks and animations are wonderfully rendered and executed, giving these cute and bizarre little creatures more personality than they’ve ever had before. From a mid-battle Raticate’s twitching nostrils and chattering teeth to Drowzy’s hilariously creepy little finger movements, each Pokemon looks so expressive that we regularly felt bad for knocking seven shades of super poition out of our opponents.

Is Pokémon Let’s Go Any Good?

After coming away disappointed from our initial E3 hands-on, we’re pleasantly surprised by how the full game turned out. In fact, now that we’ve poured more than 25 hours into Pokémon Let’s Go, we’d go as far to say that daring to mix up the formula was arguably the best decision that Game Freak could have made.

While previous games have doubled down on the addictive RPG elements that define the series, it seems the success of Pokémon GO has helped Nintendo realise what truly makes the franchise special — the personalities of the Pokémon. While this is still a fairly enjoyable RPG in its own right, this remake is less about constantly battling and stat-grinding, and more about immersing yourself in the fantasy of being a Pokémon trainer.

In other words, Pokémon Let’s Go is an experience that’s more concerned about capturing the magic of living alongside these captivating creatures than being a hardcore game — and it’s all the better for it. Still, older fans will appreciate all the little touches that have been added — the anime cutscenes, the sly nods to old games, the new and improved gym battles — and of course the great quality of life changes that are long overdue. So much of the experience has been streamlined that you find yourself spending less time fiddling with annoying systems, and more time having an adventure. To old school players, some of these changes sound suspiciously hand holdy on paper — like  being able to move pokemon between your box and your party on the fly, have multi-use TMs and utilise candies to easily change your Mons IVs — but despite rolling our eyes at them initially, if we’re honest, they make the game a joy to play.

While it may not push the franchise in a bold new direction, Let’s Go feels like the perfect stopgap before next year’s brand new Pokémon Switch outing. And with a whole new generation of kids now discovering Pokémon for the first time too, we can’t think of a better way to introduce them to the wonders of Kanto.