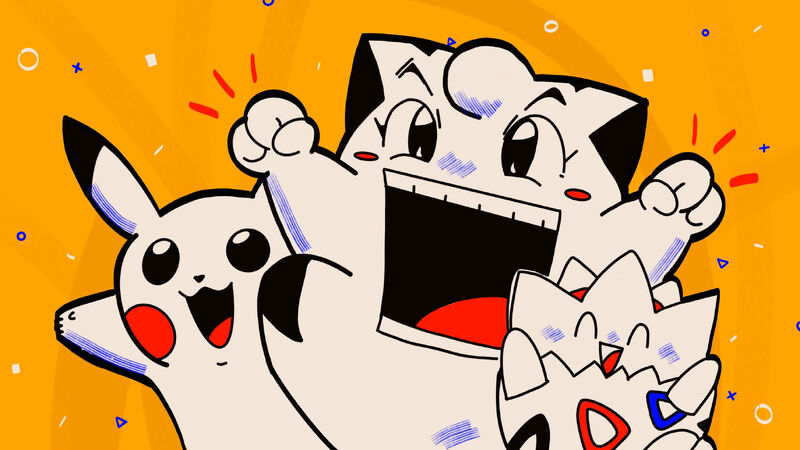 Forget the Games: The Ultimate Pokémon Fantasy Is in the Manga

One of the most appealing and enduring elements of the Pokémon fantasy is its portrayal of growth. The TV series, the games, and any spin off you care to mention is rooted in personal growth – the metamorphosis of naive, wide-eyed youngster into confident, self-assured ace.

Protagonists, villains, and even Pokémon themselves always demonstrate this key evolution (pun intended), and the best narratives in the extended universe are always tied to self-discovery in some way or another.

It’s what makes the Pokémon fantasy so universal – sure, you’ve got these semi-familiar worlds and these fantastical creatures to collect, but the kernel of the series’ long history lies in the idea of progression and self-discovery in some way or another.

Of all the myriad Pokémon properties out there, though, the often-overlooked manga is the one place these coming-of-age narratives are truly allowed to shine.

A Treasure Trove of Pokélore

The history of Pokémon manga is long and chequered, with over 100 different titles released under the Pokémon branding in the series’ lifetime. And there’s a book for just about every aspect of the Pokémon world, too: Colosseum, Mystery Dungeon, and Ranger – they all get their own spinoffs (though, as you can imagine, the quality varies wildly).

If that’s not obscure enough for you, there’s even a ‘How I became a Pokémon Card’ manga, that explains the lore behind card art from the first few sets of TCG. You might not think there’s enough fuel in that tank to keep it going for very long, but even that obscure spin-off ran for six volumes – that’s 38 chapters. The well runs deep.

Despite the expansive, collector-baiting catalogue of volumes available in 2019, the manga was actually pretty late to the PokéParty. The first volume, known simply as Pokémon Pocket Monsters, released after the games and the first series of the TV show had already launched in Japan.

More humorous than its anime predecessor, and with a lot of ‘inspiration’ lifted directly from the pages of Akira Toriyama’s Dragon Ball manga series, this experiment was something of a false start for Pokémon manga: it was weird, it had talking Pokémon, and it never made it out of Japan (which is probably for the best). It didn’t really speak the ‘brand language.’

As the Pokémon phenomenon exploded and the West really started to take notice after the Red and Blue launch in 1997, the first volume of manga got localised – a loose adaptation of the first anime series called The Electric Tale of Pikachu.

It wasn’t until 1999, with the games starting to launch in Europe, that the West got its first serious taste of Pokémon manga. Enter Pokémon Adventures (or, as it’s known back in Japan, Pokémon Special).

With a new volume of the manga starting concurrently with every new mainline Pokémon release, Adventures offered a small but consistently vital part of wider Pokémon culture.

It’s still a valuable read. The way the manga handles lore, the way it shows you the dirt under the fingernails of the various Pokémon regions, and the way it portrays characterisation and growth is some of the best available in the collective Pokémon fiction (games and anime be damned).

For readers going back to the earliest volumes – from the books based on Red/Blue through to Ruby/Sapphire – the Adventures series is steeped in nostalgia.

Have a quick flick through the pages and you’ll instantly be transported back to the 8-bit world of Red and Green: it’s all utilitarian, post-industrial buildings, imposing brick cities connected by nature trails and friendly, familiar creatures making habitats in cosy but unfamiliar places.

Even the black and white inkwork emulates that one-colour artstyle the original Game Boy games managed to make feel so engrossing and homely.

Villians You Love to Hate

Through the eyes of Red (a smarter, more likable version of Ash) and his rival, Blue (Gary without the God complex), you get to see Kanto as it was intended: a world coming to terms with industrialisation, losing its touch on nature, and slowly being corrupted by greed as humans strive to make tools out of Pokémon.

Red, Blue, and Green – a sassy, anti-hero PokéThief criminally underrepresented in other media – grow into this world as they explore it, representing a purity in their bonds with Pokémon as Team Rocket represents the corruption, seeking to exploit them.

That’s right – Team Rocket are more than just a bunch of Clouseau-esque buffoons haphazardly goofing their way through life in the manga. Adventure’s Team Rocket seethe with serious Yakuza vibes and have a syndicate empire gnawing on the foundations of everything in Kanto – employing Gym Leaders, practicing extortion, and even straight up trying to murder young Trainers.

They’re more sinister, more imposing, and the way they’re drawn consistently reinforces the idea that these guys are not good news.

In resisting them, and trying to stop Team Rocket’s attempts at deforestation, spreading cancer, and even pulling off terror attacks on entire cities, our erstwhile protagonists clash with them time and again – the tension escalating until the final showdown with Giovanni towards the end of the first Adventures run.

The Best Representation of Pokémon Battles

The core concept of Pokémon battling is reinvented in the manga. The games – even now, with the release of Sword and Shield – have never really been able to move away from the static, wait-your-turn feeling that was introduced way back in 1996, with the constrictions of the 8-bit architecture limiting what Game Freak could portray.

The manga – with its high-energy art style and ability to communicate movement, tension, and the passage of time with panel placement, phonetic sound effects, speed lines, abstract backgrounds, and more besides – manages to portray a battle as an all-inclusive thing, and is the closest interpretation I’ve seen in media to what I think of whenever someone says ‘Pokémon battle.’

Through Adventure, you see trainers weighing up all sorts of conditions when engaging in battles, from where/how to throw a Pokéball into battle, where they need to position themselves to maximise impact, how the environment can be better suited to their means, and more besides.

The manga manages to make Red feel like the Champion he becomes via its communication of his creativity, his instinct, his reflexes.

You see his growth not just in his confidence and his words, but also his actions – his innate ability as a trainer (something we’re always told about ourselves in the games, but never really shown).

What it Takes to Become a Champion

That’s not something unique to the ‘Gen One’ manga, either. As the volumes evolve and shift from generation to generation, we see the Champions baton-pass their legacy from one to another.

Diehard PokéFans have to beg for Game Freak’s scraps when it comes to connecting the dots between regions in mainline Pokémon games, but the manga makes a point of celebrating the link between regions, and using that legacy to great effect.

Old Champions emerge to encourage the new guard, storylines overlap, and the sense of complete, satisfying character arcs in each run are galvanised by reappearances of veteran characters later on.

You get to see what’s happening with a past protagonist once they’ve achieved their goals, and the characters exist beyond simply being a means to an end for a narrative.

It’s a prison Ash (like so many other cartoon heroes) is only just starting to break free of now, some 20 years after his debut, because the sanitised television version of Pokémon requires him to be in stasis so that he can be perpetually milked for a mainstream audience.

We only got to see this meaningful inter-generational interplay once in the games – battling a mute Red on Mt. Silver – and it left us wanting more. We’ve only been able to scratch that itch via the Pokémon manga ever since.

Pokemon Adventures feels like a bridge, connecting the disparate worlds of the anime and the games, filling in the gaps that linger in your imagination long after the credits roll.

Between its expressive art, subversive storylines, and it being given the space to sketch more details into the realms of Kanto, Johto, Sinnoh, and beyond, the manga is so much more than a companion to the Pokémon universe – it’s a baseline.

It’s like the foundation that the games and the TV feel like they’re drawing from thanks to the purity of its focus on the Pokémon world, and the freedom it has to explore some of the deeper, more ‘adult’ lore.

Pokémon is all about growth, and if you want stories in the universe that communicate that in the most authentic, unpatronising way, you owe it to yourself to read through Pokémon Adventures.

The arcs of the trainers, villains, and even the Pokémon themselves drawn into those books are unlike any you’ll find anywhere else.