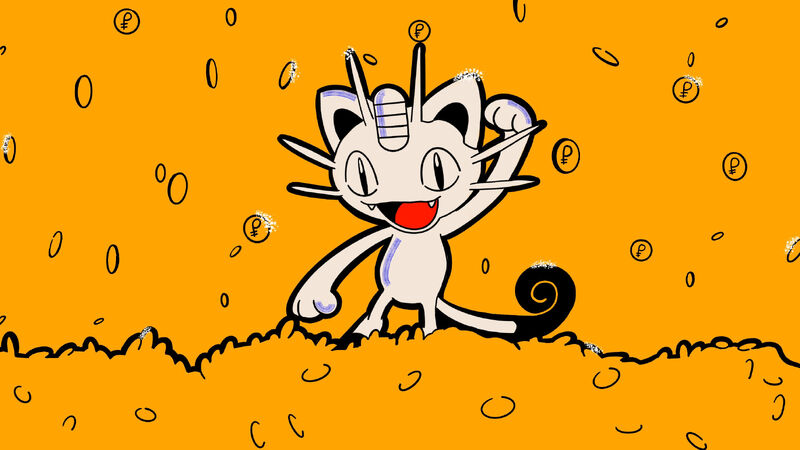 How to Earn a Living in the World of Pokémon

Over the years, gamers everywhere have been enamoured by the Pokémon series. Not only are the characters and the current list of 829 Pokémon endearing, but the world which they inhabit is wondrous and fantastic. So much so, that it was once a dream of ours to be part of this world, where we could leave home at ten years old and spend our days befriending flaming horses, possessed sarcophagi, and little orphaned dinosaurs with a fondness for wearing their mothers’ skulls as hats.

However, in the ensuing years, we’ve grown cynical and wizened about actually making life work in the apparently ‘fictional’ Pokémon universe. Although that dream is still alive, it now comes bearing the same question our mother posed when we told her about writing about video games online; “That’s great and all, but how are you going to make any money?”

So, in order to prove her wrong, we’ve researched some viable jobs which could provide steady incomes for all the good-but-not-great Trainers out there. Let’s face it, we can’t all be Ash, can we?

We also imagined how these Pokémon professions could be fleshed out into fully fledged spin-off games too, because, well, we really want to do these jobs…

Got to Cook ’em All

To begin, let’s look at the culinary sector, and how it thrives in the Pokémon world. In the main series’ canon, we’re introduced to a couple of trainer classes relating to this sector; most notably, the Chef and the Cook, with their first appearances coming in Generations VI and VII, respectively.

While society may deem ten-year olds mature enough to embark on their own region-spanning adventures, we’re not certain to what extent these kids have been trained in kitchen safety. Sure, you might be old enough to own a fire-breathing dragon, but do you know how to chop an onion while keeping all your digits intact? The need for a culinary and service industry is self-evident.

In the anime, we’re shown an example of a Cook in the form of Mallow’s dad, Abe. In the episode A Seasoned Search!, Ash, Mallow and their classmates are all enjoying a meal at Abe’s restaurant, Aina’s Kitchen. Everyone is enjoying their food, until Mallow tries to improve the recipe using Pikachu’s Thunderbolt.

This is proof that Pokémon and their abilities can be utilised in the kitchen – think of how helpful it would be to have your Fire-type Vulpix provide the flames over which you prepare a meal, or have the Psychic-type Kirlia take your roast dinner out of the oven without needing an oven mitt!

The premise of utilising Pokémon (as staff!) in the food sector opens up a world of possibilities – chain restaurants like McDodrio’s, KFSeedot, or Burger Kingler, all staffed by Pokémon is a capitalist’s dream, and could also offer an interesting spin-off game.

Think of the gameplay of Cooking Mama and introduce Pokémon; use Scizor to crack all the eggs into the bowl, use Bisharp to chop the carrots, or use Hitmonlee to knead the bread dough! Admittedly, not every creature would be capable under these circumstances; I can’t imagine an Arbok, in all its 11-foot glory, having the deft touch needed in a professional kitchen.

Breeding Pokémon is another means of making a living in this universe, and breeders come in all shapes and sizes. They first appeared as a trainer class in Generation III, although the Day Care has been a feature since Generation I. Day Cares are a staple of the series and offer players a chance to level up Pokémon without having to carry them in their party.

While the class itself was only introduced in Pokémon Ruby, Sapphire and Emerald, the anime showed the job off in the episode Showdown in Pewter City, two generations earlier. Brock, one of the protagonists for the anime for four different regions, initially joined Ash and Misty on their adventures in pursuit of becoming the best Pokémon breeder in the world. Another notable mention is Reggie, who is the older brother of Ash’s Sinnoh rival, Paul.

One of the cooler and more obscure roles that breeders play are as staff of the Pokémon League. They catch, care for, raise, and breed each region’s set of starter Pokémon, and distribute them to the waves of new trainers as per A Mudkip Mission!

Between the myriad Day Care centres dotted around the globe, alongside the positions offered by the Pokémon League, breeders should have no issue finding work in this climate.

The daily life of a breeder offers such an interesting basis for another Pokémon game. Imagine this; you’re a new breeder, and you’re just opening up your first Day Care centre. You’re tasked with training and grooming different Pokémon for different needs, which all require different attention.

Much like the Nintendogs series, you could decide to play, feed, walk, or do activities with an individual Pokémon. For instance, maybe you need to train someone’s Jolteon to level 25, or groom a Sylveon for an upcoming Beauty Contest. The series already has a similar system in Pokémon-Amie, which was a feature of Generation VI, but we’d like to see this fleshed out, and the guise of a breeder spin-off game would be perfect to do so.

But the greatest of Pokémon professions? Well, that honour might go to the next one…

What better way to make a living in the Pokémon World, than taking up the role of a Gym Leader? These figures are iconic in the series, boasting huge character and sage wisdom in the anime, manga, and games alike. They act as pillars of strength to aspire to and surpass, and thus surely have to be making bank.

These trainer classes have been featured in every region since Generation I, except in Alola, where Trainers take an Island Challenge instead. While most fans remember a handful of different Gym Leaders, fans of the anime will recognise the likes of Misty, Cilan, and Clemont who all gave up their positions as Leaders and decided to travel with Ash.

The role of a Gym Leader is multifaceted; at face value, they present any trainer who has beaten them in battle with their respective Gym Badge; eight of these badges grants the player access to challenge the Elite Four, and then that region’s Pokémon Champion.

However, they have also been seen acting as pseudo-mayors for their towns, as well as protecting their towns and the region as a whole when danger arises. In the Pokémon X & Y manga, five of Kalos’ Gym Leaders banded together to stop Team Flare from activating the Ultimate Weapon.

So, how does one go about becoming a Gym Leader? That’s the trickier part. In the Pokémon Adventures manga, one must battle a trainer chosen by the Pokémon Association and win without letting a single one of their Pokémon faint.

Other methods to become a Gym Leader are self-appointing yourself in a gym you’ve founded, being chosen by the other members of the region’s Pokémon League, or having the role passed along by a family member.

Gym Leaders also have the incredibly cool right of challenging the Pokémon League Champion directly, circumventing the Elite Four and ensuring that they are always just one battle away from becoming the Champion, which shows the high regard the League holds them in.

These esteemed trainers provide such intriguing grounds to base a spin-off title on. I think that a game like this would need to draw elements from various different series. For example, take the mayoral and town-building elements from Animal Crossing and MySimsDS; the player would be tasked with taking a town and its Gym from a beginner Gym, to one of the most formidable challenges in the region.

Utilise a levelling system with both your Gym and the trainers you choose inside of it, and with each level comes more-seasoned challengers. Like the Pokémon Mystery Dungeon series, players would take a personality questionnaire at the beginning of the game, as a way of determining their Gym’s typing.

As typical battle systems aren’t seen outside the core series too often, I think this title would be the perfect opportunity to breathe some new life into the Pokémon Stadium/Battle Revolution series.

While there are plenty more trainer classes that double as occupations in the Pokémon World, these three seemed the most interesting to us. An honourable mention goes to the dancers of the Pokémon World (give us a Pokémon rhythm game, please!). All of these careers could prove viable options for Ash now that he’s finally become a Pokémon Champion. Much like acclaimed tennis player Bjorn Borg, Ash should know when to quit, and retire on Hitmontop.