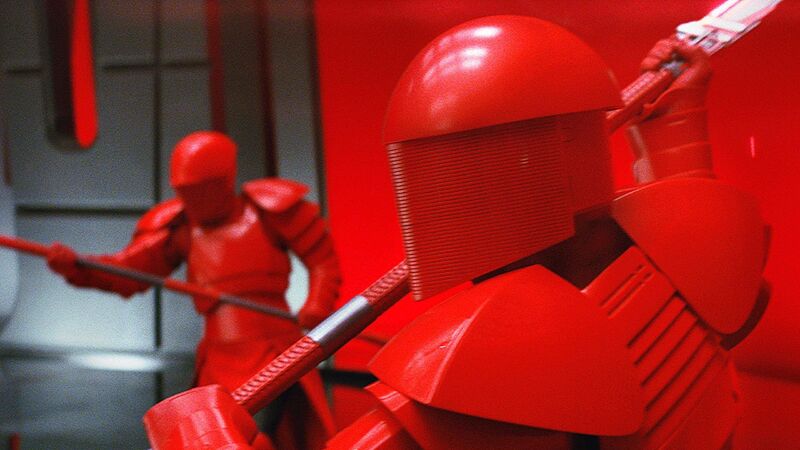 Could the Praetorian Guards Defeat a Jedi?

No Star Wars movie is complete without epic lightsaber battles, and The Last Jedi certainly delivered, featuring several intense displays of swordsmanship. However, none were as fierce as the battle between the relentless Praetorian Guards and the teamed-up Rey and Kylo.

What We Know About the Praetorian Guards

The Praetorian Guards were the successors to the Emperor’s Royal Guard. The elite group consisted of 8 humans tasked with protecting Supreme Leader Snoke in his throne room. Little is known about their background, giving them a mysterious aura. However, we do know each guard operated in a pair and was given simple designations such as First Guard, Second Guard, and so on.

Each guard was skilled in several martial arts, such as Teräs Käsi and equipped various high-tech melee weapons. Thanks to their invulnerability to lightsabers, these high-tech weapons made the guards formidable against Jedi.

Each guard’s weapons were powered-up versions of primitive weapons. There wielded items such as long vibro-axes and curved single-bladed swords with an electro-plasma energy filament running along the blade’s edge. Bilari electro-chain whips and heavy double-bladed polearms that separate into dagger-like single-bladed weapons are just two other examples of what Rey and Kylo faced.

With nine plates of armor covering their body and plastoid head protection, it is nearly impossible to break through a Praetorian Guard’s defenses.

Non-Force Users Against the Jedi

Now that we have the facts, could a Praetorian Guard take down a full-fledged Jedi in their prime? At first glance, the Praetorian Guards appear to be at a disadvantage. After all, the Jedi have the Force. However, the Force hasn’t stopped others from taking on Jedi and living to tell the tale.

When searching for an example of Jedi killers, look no further than the Fetts. These ordinary men possessed the equipment and skills necessary to gain the upper hand against the Force-users. It is even rumored that Jango Fett once killed dozens of Jedi with his bare hands. The similarities to the Praetorian Guards cannot be ignored. If two Mandalorians can do it, it is entirely plausible that Snoke’s red elite can as well.

Speaking of similarities, this isn’t the first time we’ve seen energized staffs used against Jedi. Throughout the Clone Wars, the MagnaGuards, under General Grievous (another Force-lacking Jedi killer), wielded bow staffs that felled many a Jedi. This same technology appeared in The Force Awakens when Finn dueled Stormtrooper FN-2199, and earlier in The Last Jedi with the Stormtrooper Executioners.

The Advantages of Weapons and Skills

This weaponry plays a part in overwhelming Rey and Kylo, partly due to its variance. In the EU, Darth Bane learns an important lesson. Saber whips and double-bladed sabers are effective not because two blades are better than one, or a flexible lightsaber is better than a stiff one. No, it is their rarity that gives them an advantage. Nearly all Jedi and Sith have difficulty facing the combined elements of surprise and unfamiliarity. That is if they can even survive against them at all.

Fancy gadgets, however, are not the biggest deciding factor in defeating a Jedi. Rather, to beat a Force-user, you have to have a degree of speed and sheer skill. Take General Grievous, for example; he uses the same weapons as Jedi yet defeats them because of his superhuman speed. The Praetorian Guards, similarly, are also skilled weapons users able to move at high speed. This is why they manage to last more than a few seconds against Rey and Kylo.

Without Kylo and Rey teaming up to defeat the Praetorian Guards, the fight would have latest much longer. Given the Praetorian Guards’ skill set and unique weaponry, the outcome for both young Force-user would likely have been a negative one if they fought alone. Against one lone Jedi, no matter how skilled, Snoke’s elite bodyguard’s would have the upper hand. 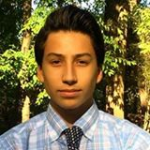