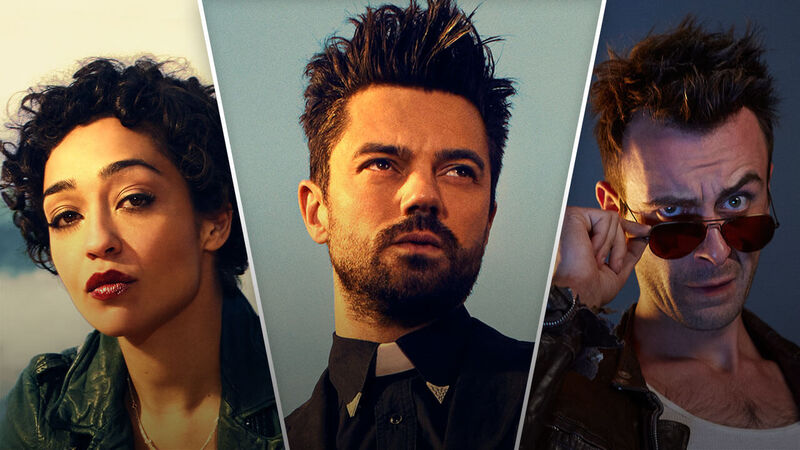 Preacher, the upcoming TV series based on the cult classic DC Vertigo comic is set to premiere May 22 on AMC. But you don’t have to wait until then to find out more about the main characters from the anticipated show.

Check out this exclusive first-look video, courtesy of AMC, to get to know Jesse Custer, Tulip, and Cassidy.

In Preacher, Dominic Cooper stars as Jesse, a West Texas preacher who is inhabited by a mysterious entity that causes him to develop a highly unusual power. Ruth Negga plays his badass ex-girlfriend, Tulip. And Joseph Gilgun is an Irish vagabond named Cassidy. The trio are thrust into a crazy world populated by a cast of characters from Heaven, Hell and everywhere in between.

Want to know more? Check out our reaction to last month’s pilot episode screening at WonderCon, and visit the Preacher Wiki.

Mark your calendars. Preacher premieres Sunday, May 22 at 10/9c on AMC.