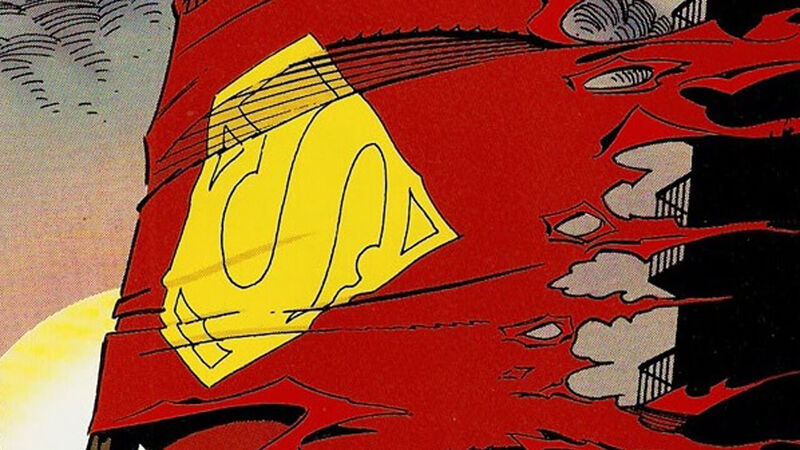 The Problems With ‘Death of Superman’

Whenever we get asked for recommendations for Superman, The Death of Superman pops up. And every time, I append a caveat: don’t make it your first Superman story.

A lot has been said about the cheap and gimmicky death that’s actually not a death. It was the pre-Internet equivalent of clickbait. It was a poorly executed marketing stunt with a simplistic story. The Death of Death. Some of the best Superman stories – Garth Ennis’ Eisner-winning “Of Thee I Sing” and Joe Kelly’s “What’s So Funny About Truth, Justice and the American Way?” feature an internal conflict in the Man of Steel. Compared to that, The Death of Superman has the complexity of a beat-em-up game. Doomsday is so obviously evil and Superman is so obviously good, there’s no internal conflict or questioning of core values. It’s just a good guy and a bad guy fighting. Sure, he’s “holding the door” to prevent bigger bloodshed, but come on… he’s Superman. Not Hodor.

Who are these people?

The side plots, which add nothing to the actual story, feature characters that were topical in the early nineties, but no one has heard of them now. Characters like the Underworlders, Keith, and the Hairies have made such little impact in the overall history of Superman that their role in one of his most important stories is disproportional. It’s a whole story to show Lois’ nous as a reporter and her tendency to put herself in danger. It’s more or less the Africa scenes from Batman v Superman, except even more confusing from lack of context.

The lack of a-list guest appearances doesn’t stop there. The Justice League shows up. But there’s no Batman, no Wonder Woman, no Flash… there’s a Green Lantern, who’s not actually a Green Lantern at this point. The Death of Superman was published in a time when all the major superheroes had hip, young and above all, dark and gritty replacements. So the Justice League is made up of b- and c-listers. Characters like Blue Beetle, Booster Gold, Fire and Ice might get some recognition. But Maxima is more obscure, and Bloodwynd… oh, Bloodwynd. A major plot line of the Justice League comics was about Blue Beetle trying to figure out who or what he was. He finally finds out in this story and is immediately knocked into a coma. Reading the sequel stories Funeral of a Friend and Reign of the Supermen doesn’t actually follow up on this plot line.

These aren’t the characters we know

Even when big characters appear, they’re not actually the big characters. This Supergirl is not Kal-El’s cousin Kara, but an alien shapeshifter from a pocket dimension named Matrix. Her boyfriend is a young and hirsute Lex Luthor, who speaks with an Australian accent and is actually Luthor’s son. Or so he claims to be;  it later turns out it’s the old Luthor in a younger body. This was a thing back in the day but mostly forgotten now. Their relationship is never explained in the story, they’re just throwaway lines to account for Supergirl’s absence in the battle. At the time, it answered that important question. Today, it creates more questions than it answers.

At least Lois Lane and Jimmy Olsen are not replaced by new versions or not actually the versions people know. They don’t do much, though. They just follow the entire fight in the helicopter and then arrive just in time to cry at Superman’s corpse.

The Death of Superman was a desperate attempt to get publicity and it was exactly that. It’s, however, not a timeless classic and doesn’t really deserve to be in a list of essential Superman stories. It’s heavily tied in the time it was written in, not just with characters but also with pop culture references and already dated technology (wow, Clark. Lois sent a “computer message”?). And now with Rebirth, the New 52 Superman is dead and this once dead Superman takes his place. New Superman’s death barely got any publicity as it took place in the shadows of the bigger event, Darkseid War, and the Superman Rebirth comics so far is just DC saying to New 52 fans that the old version was way better.