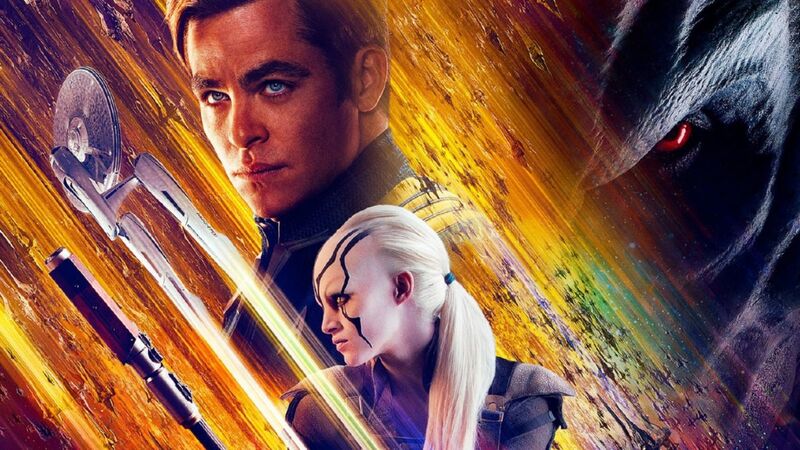 Why Quentin Tarantino’s Star Trek Is a Good Idea

Quentin Tarantino sent shockwaves through the Star Trek fandom when news surfaced that the Hateful Eight director has pitched a story idea to producer J.J. Abrams for a sequel to 2016’s Star Trek Beyond. While it’s unclear if Tarantino will direct the film, the studio is now looking to hire a writer. He has said in interviews that he intends to retire after directing ten features. If he did direct Star Trek 4, it would be his tenth. In all likelihood, he will act as a producer and perhaps as co-writer.

With Star Trek fans notoriously protective of the franchise’s identity and instinctively hostile to change, the news begs a simple question: is this a good idea? So, let’s break down the pros and cons of Quentin Tarantino boldly going where many directors have gone before.

Quentin Tarantino’s scripts — and the movies they spawn — are vulgar, violent, and lurid. That’s not a condemnation, just an observation. His films lean heavily on profane dialogue (including liberal use of racial slurs), sensational violence, and uncomfortable, adult-oriented subject matter. Star Trek films, by contrast, try to be family-friendly, with minimal swearing, PG-13 action, and accessible storytelling. So on the surface, Tarantino’s tastes and style seem unsuitable for Star Trek. Yet, not only is he developing a Trek film, but, like every other Tarantino project, it will be rated R (a first for the franchise).

But an R-rating does not mean that Kirk and Spock will be slicing Klingons with Katanas and using offensive language. What’s more likely is that the script will push the limits in the same way that Star Trek has always done. From “Charlie X” disappearing the faces off of laughing crewmembers to the exploding head of Commander Remmick in The Next Generation‘s “Conspiracy,“ the franchise has always struck a balance between edginess and staying true to itself. With films like Logan and Deadpool winning praise for deviating from the mainstream with violence and grit, Tarantino can help Star Trek up the ante.

This is actually the sole worrisome piece of news associated with Tarantino’s interest in Star Trek: the story he reportedly wants to tell. Tarantino has said in interviews that he would like to remake one of the classic episodes with the budget of a feature film. The two episodes, in particular, that he’s expressed an interest in are The Original Series’ “The City on the Edge of Forever” and TNG‘s “Yesterday’s Enterprise.”

Tarantino could probably make an excellent movie by updating those stories, but that doesn’t make it a good idea. One of the biggest criticisms of modern Trek is that it is too focused on revisiting old stories and ideas — especially The Wrath of Khan and revenge plots — and keeps struggling to reinvent itself. That’s why Star Trek Into Darkness was so negatively received, and why fans were apprehensive about Discovery being a prequel. Even the fantastic Star Trek Beyond was essentially a celebration of the franchise’s legacy rather than a new, original story.

While Tarantino’s movies often poach ideas, visuals, or character names from other films, he’s still a creative storyteller who would be able to bring Star Trek into new, unexplored territory. Even if he wants to remake an old episode, why make it one of the beloved classics and invite comparisons? He would be better off with a lesser-known entry, like “A Piece of the Action” or “Assignment: Earth.” Retreads of hallowed ground tend to turn fans off.

Here’s an interesting observation about Star Trek movies: they’re utterly superfluous to their franchise. That sounds weird in an era where Marvel and Star Wars give their TV enterprises the short end of the stick, but it’s true. Star Trek is a TV franchise that occasionally makes movies, usually to revive interest in the brand whenever the shows start to falter. The success of the first four films helped lay the groundwork for TNG and its spinoffs in the late 1980s. The reboot trilogy has done the same thing for Discovery.

The movies themselves don’t influence the larger continuity of the universe they exist in. Aside from the Borg sphere that crashes on Earth in First Contact (facilitating their appearance on Enterprise), nothing happens in the movies that a TV watcher absolutely needs to know about to enjoy the shows. The Genesis Project from Star Trek II? It receives one oblique reference in an episode of Voyager, and that’s it. The Klingon Peace Treaty from Star Trek VI? TNG laid it out years before. The destruction of Romulus from the 2009 film? No TV show has followed it, so it’s never been a problem.

A Sense of Purpose

Because of this, Star Trek movies have never really had a sense of purpose. They’re more about having a good time and shoring up interest in the franchise than telling an epic story. In an era dominated by serialized cinematic universes like Marvel and Star Wars, that model is obsolete. For years, individuals involved with the franchise have talked about branching out into a Star Trek cinematic universe, which would give the movies somewhere to go. And yet, this idea has never been given life, largely because none of the reboot films have made much money.

Even if he doesn’t direct, Tarantino’s involvement represents a massive shift for Trek films. Tarantino does not make the kind of filler movies that have always been Trek‘s oeuvre. His films are events, eagerly anticipated and always subject to deep critical interrogation. Most importantly, they tend to make money. That, combined with renewed interest in the franchise and a movie that shakes up the status quo, could finally launch Star Trek films into something beyond merely being the add-on to a TV franchise.

Star Trek 4 is in the very early stages of development. Tarantino’s involvement may blossom into a directing gig or rewrites. Studio politics may push him away, relegating his contributions to the barest outline of his original vision. We won’t be able to evaluate the final product for years to come. And it’s a bit disappointing that, by all accounts, he wants to revisit old ideas rather than explore new ones.

However, we can’t understate just how incredible an opportunity this is for Star Trek. Tarantino may not be everyone’s cup of tea, but he can take a franchise that has often been puzzled over its sense of direction into new and exciting places. It’s a gamble, to be sure. But as Captain Kirk himself famously said, risk is our business. Fans should be excited about whatever Tarantino has to offer.