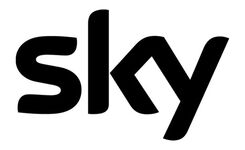 Raised by Wolves is the epic new Sci-Fi series from producer Ridley Scott. It’s difficult to sum up succinctly because it’s not like any other Sci-Fi you’ve seen before – a distant planet with aliens also has androids who are the parents to humans who are from earth but born here and some religious humans want to take them away? Luckily for everyone involved, we have a Crash Course video that’s much easier to digest. Check out everything you need to know about Raised by Wolves above!

Want to find out more about the characters? Check out our Character Profile video here.