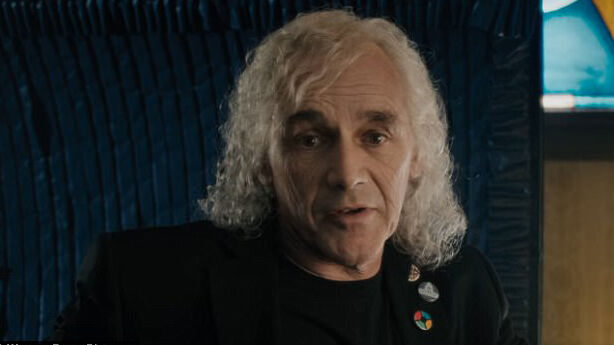 Beware of READY PLAYER ONE SPOILERS ahead.

With Ready Player One now in cinemas, audiences will be asking themselves one question at the end of the film; exactly who or what is James Halliday, aka Anorak, now?

The movie makes it clear that the version of Halliday Wade Watts interacts with in his childhood bedroom isn’t alive. But also states that the figure isn’t an avatar. So what is going on? We asked Ernest Cline — writer of the book and co-writer of the screenplay — to explain all.

Ghost in the Machine

Ernest Cline: “It’s a mystery, and I’m so happy about that because I talked to [director] Steven [Spielberg] about my potential plans for a sequel novel, which hopefully might serve as the basis for a sequel film, and that mystery of what is Anorak now that Halliday is dead.

“There are clearly NPCs in the OASIS — non-playable characters that are controlled by the system — but Anorak stands alone and he has autonomy, so it remains a mystery. Some sort of ‘ghost in the machine’ was always my idea.”

Plans For ‘Ready Player One 2’

Cline: “That idea is expanded on in the sequel I’m writing. So it’s still kind of a secret. I made sure to finish a very rough draft before I saw the finished movie because I wanted to have the whole story in my head and didn’t want the movie to influence it.

“Even though I helped make the movie and I knew what was going on, I wanted to write a sequel that would please fans of the book, and that they would feel like is a direct sequel to the novel, but something that could also serve as the basis for a film sequel.”

Ready Player One is in cinemas now.