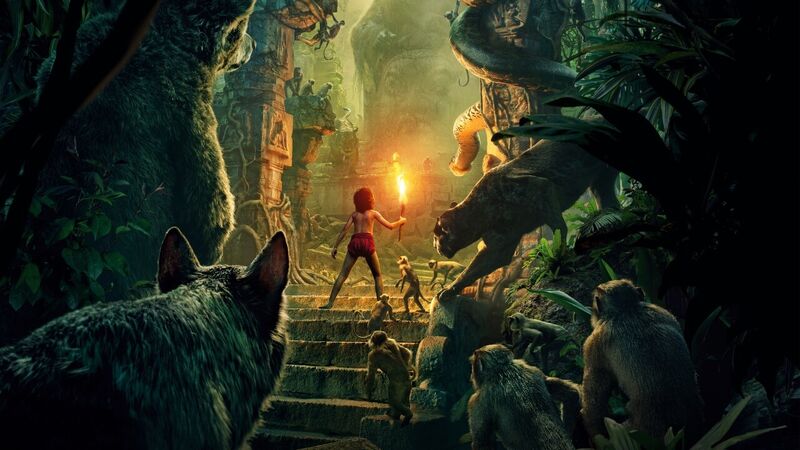 Disney’s second live-action theatrical adaptation of The Jungle Book — that’s right, they’ve done this before — hits theaters this weekend and looks to be the movie to beat. How does it stack up next to the 1967 animated classic? Time to send these two movies to Reboot Camp to see who graduates and who takes a stroll down Washout Lane.

The 1967 version is best remembered for its catchy songs; most beloved of all is Baloo the Bear’s ode to simple living, “The Bare Necessities.” The original movie was noteworthy in its day for casting comedian Phil Harris and popular swing singer Louis Prima as key roles. A personal favorite tune has always been Sterling Holloway’s creepy yet cheeky rendition of “Trust in Me” as Kaa, the hungry snake who “befriends” the man cub Mowgli.

Jon Favreau’s new take does include both “The Bare Necessities” and King Louie’s “I Wanna Be Like You,” but that’s all you’re getting from the soundtrack. Granted, Bill Murray and Christopher Walken do more than admirable jobs as Baloo and King Louie, but this isn’t a movie where the songs are the focal point like they were in the original.

Even though The Jungle Book is one of my all-time favorite entries in the Disney Animated Canon, I’m the first to admit that it’s not the best written movie when it comes to the plot. It’s little more than a series of vignettes and disconnected characters once Mowgli is made to leave his wolf family. And Mowgli himself is pretty boilerplate as far as kid characters go. Things play out pretty much how you expect them to, and the actual story of the film offers little surprises.

This is where the 2016 remake definitely gains some praise; Favreau’s movie is a fully-fledged film, with great character arcs and pacing that’s much more tuned in to a linear story. The cast all do great work — Idris Elba’s Shere Khan is particularly menacing — and Mowgli is a much more complex character this time around. If you’re only familiar with the animated Disney version, you’re in for some interesting twists to the narrative.

If ever there’s going to be a dividing line with these films, this is it. 1967’s The Jungle Book is so light that it’s hard to defend people calling it airy. The story attempts a few moments of danger and even darkness, but most of it is crammed in at the climax. This is a soundtrack of a film, made for parents and their kids to tap their toes to. Even the grimmer moments are undercut by smile-inducing tunes like “Trust in Me” and “That’s What Friends Are For.”

2016’s The Jungle Book is definitely enjoyable, but it’s also treating itself like a well-rounded blockbuster instead of a Broadway musical. There’s comedy, action, tension, fun, terror, and above all a sincerity to everything that happens in the film. Favreau isn’t treating this like it’s a cartoon kiddie flick, and that will probably go a long way as far as the movie’s longevity is concerned. It may alienate fans of the old film, but it’s destined to create brand new fans of its own.

As nostalgic as I am for the original cartoon version, it’s part of a stretch of Disney animated films known as “the Xerox era”; this means there’s lots of recycled animations and rough sketch work that’s visible throughout the film. The film’s bright style also takes away from the mystery and otherworldy feel that the jungle is supposed to evoke. It’s not poorly animated by any means, but it’s not a hallmark in the legacy of Disney’s artwork.

Even though Favreau’s version is technically “live-action,” it’s actually less live than it appears. The film was shot completely in studio with only the most minimal of set decorations. As with all massive CGI endeavors like this, there are going to be moments of jaw-dropping believability and sections of unabashed unreality. Favreau is pushing the animation technology to the brink, and regardless of how the movie performs or is appraised, the ambition on display is unarguably astonishing.

This really is going to depend on what you want out of The Jungle Book: a snappy and fulfilling distraction or a landmark cinematic experience. The new film isn’t as silly as I’d like it to be, but that doesn’t mean it hasn’t succeeded in carving out its own compelling identity. These are two very different movies that each accomplish exactly what they set out to do. The 1967 musical is a double fudge sundae with all the fixings, and the 2016 adventure is a juicy cut of steak with a side of cheesy mashed potatoes and a perfectly paired red wine. You can’t go wrong with either one.