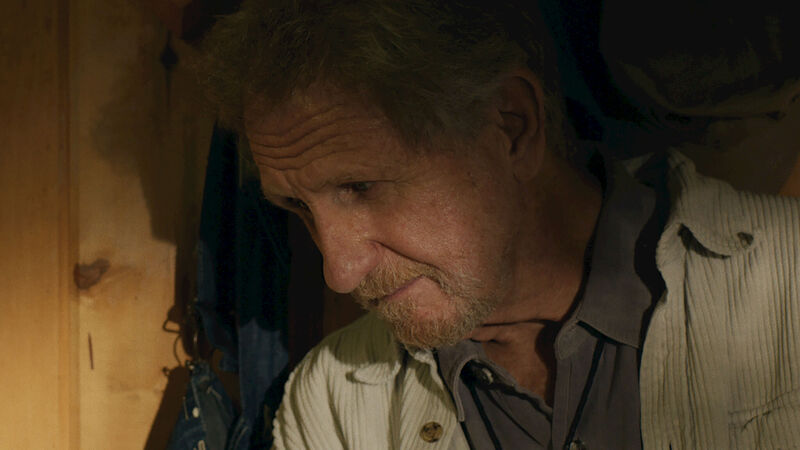 Blood Stripe is a captivating look at the struggle of adapting to normal life after wartime. Filmmaker Remy Auberjonois’ directorial debut stars actress Kate Nowlin as a Marine Sergeant who returns home after a tour downrange. After a few days of trying to adapt to a regular lifestyle, she abandons everything to find an environment that she can function in. It’s a dramatic take on the effects of PTSD and what coming back from war can mean to those who have served.

We recently spoke with legendary actor René Auberjonois about Blood Stripe. The film focuses on the story of a woman trying to deal with trauma as she attempts to reintegrate herself into a normal lifestyle. Kate Nowlin’s portrayal as the Sergeant known also as the Lioness is a strong and compelling role that touches on many difficult themes of internal and external struggle. Blood Stripe debuted earlier this week at the Los Angeles Film Festival and will be released soon.

Fandom: What got you interested in doing this film?

René Auberjonois: Remy and his wife Kate Nowlin came to my wife and I and said they were going to write a film and I said, “Well, will I have a part in it?” (laughs) They both looked sort of a little uncomfortable and they said, “Well, no because it’s going to be about people in a part of the country that you’re not from; up in Minnesota, up in the north woods near the Canadian border. Dad, you’re so well known for playing more educated and articulate; and we’re going to be writing about simple people with complex problems. We don’t even know if there will be a part for you.”

The role of the Minister who tends to the Sergeant who has just come back from three tours in Afghanistan and is struggling to come home essentially. It was a part that really resonated with me and was the kind of part that if a stranger out of the blue had sent me this script I would have thought, “Oh, this is a good part. I can do this.” The part was right and certainly the folks who has created it and were going to be making the film were the right kind of people for me to work with. I was happy to come on board and it was certainly a great experience.

Fandom: The Minister is a very complex character. Did you bring anything to that role other than what was on the page?

René Auberjonois: Well, the character’s name is Art and I thought about it in terms of a symbolic sense of art being the humanities and that this character represented someone who had a great deal of humanity and was focused on helping folks. What I think I brought to it was humor. I felt that the character could be amusing and kind of a little bit bumbling and funny in certain situations. I think I brought that to it, and I think they were happy because it’s a very serious subject. The film is not like you go to see it and you’re taking your medicine, it’s an interesting and compelling story.

Fandom: One of our favorite parts in the film is when you’re standing in the boat and rambling like you were on stage performing Shakespeare. Do you have any favorite moments from the film?

René Auberjonois: That sequence in the boat is exactly an illustration of what I meant about bringing humor to it because I don’t think Remy and Kate had thought about it being played that way. In terms of favorite moments for the character, I love the sequence where he and Rusty Schwimmer, the actress who plays Dot, come in to the Sergeant and she is in very bad shape. She’s had a real emotional collapse. We comfort her and soothe her. I love that scene a lot.

Fandom: How would you summarize Blood Stripe for fans?

René Auberjonois: It’s an important subject, but that’s not a reason to see a movie. You go to the movies to be entertained and if a very compelling story which really examines one person’s struggle but also investigates her relationship to the people who are important in her life. I think it’s for anyone who wants to be in touch with what’s going on in our society and our culture nowadays. We all read headlines about PTSD, but this film really is a very pure and authentic study of ordinary people and how they handle their lives and how they get through.

Andrew Hawkins
Mrandrewhawkins
Andrew Hawkins is a producer and publicist known for Mental Health and Horror: A Documentary, Jan Svankmajer’s INSECT, and Athanor: The Alchemical Furnace. Follow him on Twitter @mrandrewhawkins