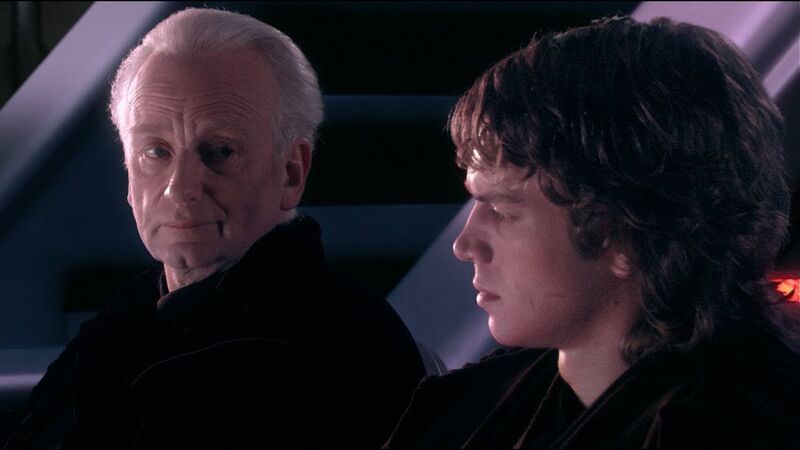 As we look back on Revenge of the Sith for its 15th anniversary — the film opened May 19, 2005 — an often overlooked aspect is its take on immortality and the afterlife. And it might be the key to truly understanding the Star Wars saga as a whole.

During the release of the original Star Wars trilogy, the afterlife and the pathway to immortality seemed to be a thing any Jedi had common access to. From Obi-Wan, to Yoda, to Darth Vader, any Jedi or former Jedi we saw die through those initial three movies became one with the Force, transcending their “crude matter,” as Master Yoda calls it in The Empire Strikes Back, and taking their place as a luminous being.

Imagine the audience’s surprise when Qui-Gon Jinn, a pure and noble Jedi Knight, is killed in The Phantom Menace and he doesn’t simply vanish and come back as a Force ghost to help train Anakin. Some viewers had so little faith in George Lucas that they thought he’d forgotten the details of the original trilogy and had made a colossal mistake.

Revenge of the Sith became the bridge between trilogies, answering the lingering questions about Anakin Skywalker’s turn to Darth Vader, but it also filled in many gaps in the mysteries of the Force. Near the end of the film, Yoda explains to Obi-Wan that there is still training left for him to do. “An old friend has learned the path to immortality. One who has returned from the netherworld of the Force… Your old master. How to commune with him, I will teach you.”

Revenge of the Sith is the start of understanding consciousness beyond death for the Jedi. Thanks to the work of Qui-Gon, this opens up a knowledge that forces audiences to reevaluate what they know of the afterlife in the classic trilogy. The fallen Jedi would then go on to take things many steps further in The Clone Wars television series, appearing as a disembodied voice to commune with Yoda, offering this path that Yoda speaks of in Episode III.

Revenge of the Sith recontextualizes every Force ghost’s transformation and makes Anakin Skywalker’s appearance at the end of Return of the Jedi all the more astonishing and awe-inspiring.

Revenge of the Sith also sets up alternate ideas about paths to immortality. In fact, it intertwines Palpatine’s failed quest to live forever with Qui-Gon’s successful one.

The intertwining stories of Palpatine and his supposed path to immortality and Qui-Gon’s are fascinating. Palpatine seeks to achieve it with greed and lies, but Qui-Gon found it with empathy and sacrifice. This war between good and evil is muddied in Anakin’s mind. Palpatine explains these differences specifically at the opera and pours honey in the boy’s ear, telling Anakin exactly what his vanity wants to hear. Yoda continues the battle for Anakin’s soul when Anakin, to his credit, seeks the diminutive Jedi’s counsel. “Rejoice for those around you for those who transform into the Force,” Yoda says, “mourn them do not, miss them do not. Attachment leads to jealousy, the shadow of greed, that is.”

Anakin’s failure was that he thought he could have it both ways. He sought the immortality of the Sith and made the mistake of thinking he could handle it because he tried utilizing it with the selflessness of the Jedi.

Revenge of the Sith is full of these delicious philosophical conundrums. The competing philosophy of the Sith and the Jedi encapsulates the core message of the Star Wars saga. If you live your life in a way that helps others and is selfless, you’ll be able to attain eternal life. If you cling to greed and power, you’re going to live a miserable life that will end in complete destruction.

These ideas all go back to what George Lucas intended to say with his story of this tragic cycle. Lucas himself often referenced Goethe’s rendering of Faust. Looking back to that text, the story couldn’t be more simple and the parallels more clear. Faust makes a deal with a devil named Mephistopheles. The demon tells Faust that he can give him anything he wants, all Mephistopheles asks in return is Faust’s soul. This contract seems binding, but, at the end, when Mephistopheles comes to collect, Faust makes a final turn back and accepts the grace of the light side, nullifying the bargain he made with the devil. This is really the cycle of Anakin Skywalker and Revenge of the Sith ties all of those threads together.

This conflict over immortality sets the stage for the operatic finale of the Skywalker saga in the sequel trilogy as well. The galaxy’s gears turn on the vanity of evil men seeking that forever-life and the good men who stand in the way are ground down by constant evil.

These themes were beneath the surface in the other films, but it wasn’t until Revenge of the Sith that it was brought to the forefront for all to see.

As a philosophy text, Revenge of the Sith is the top-shelf cinema equivalent of Plato’s Republic on the subject of life, death, and politics. After 15 years, it’s great to see the film getting its due.

Bryan Young
Swankmotron
Bryan Young is an award-winning author, filmmaker, journalist, and comics writer. He's the co-author of the new Robotech Roleplaying Game and writer for outlets ranging from StarWars.Com and The Huffington Post to Syfy and /Film. His latest novel is BattleTech: Honor's Gauntlet.