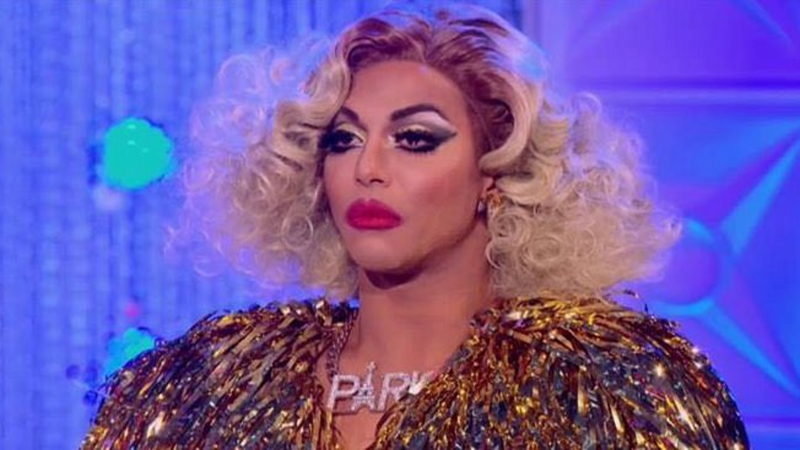 Spoiler Alert: This post contains spoilers from the finale of RuPaul’s Drag Race All Stars 3. Proceed with caution.

After the finale of RuPaul’s Drag Race All Stars this week we know two things: 1) Trixie Mattel is the latest queen in the Drag Race Hall of Fame and 2) Drag Race is broken.

Fans are in an uproar after the finale, and although any good episode of reality TV should elicit those emotions, it’s sort of unanimous that this season’s ending felt unfair and arbitrary.

To be honest, though, the entire season of All Stars felt like something was a bit off. The challenges delivered lackluster results and the format and subsequent results made it feel like winning each week didn’t even matter in the end.

It’s still the best reality show on television, let’s be clear. But now that Drag Race is turning 10 years old, it’s time to make a few tweaks to ensure that the juggernaut continues to move forward for years to come.

The magic of the franchise’s earlier seasons came in part from challenges that showcased a variety of the queen’s skills. But creating costumes for design challenges seems to have fallen by the wayside in recent years in favor of more acting challenges. And while comedy queens have become one of the most entertaining parts of the show, recycling acting challenges at the expense of showcasing a wider range of talents from the contestants is hurting the show’s credibility overall.

Can they save the group/acting challenges for early on? (or just remove them) like the Final challenges should be more…. crazy/hard like sewing challenges #DragRace #AllStars3

Additionally, a variety of challenges staggers the results each week so that it’s not so obvious who the frontrunner is. If the challenges on All Stars 3 were ever based on more than performance, then maybe others could have shined instead of getting five BenDeLaCreme wins and four Shangela wins on a season that only lasted eight weeks. It takes away some of the excitement when you already know who is going to win. But then again, neither of those queens won. Which brings us to our next point.

While a good old-fashioned twist is always appreciated, it hurts the show’s credibility to switch things up last minute in order to create shocking moments that ultimately make it feel like the entire season didn’t matter. And that’s exactly what happened in the past two seasons of Drag Race.

On Season 9, Shea Couleé went into the finale as the frontrunner with four wins, the most of any queen all season. But when Ru changed the rules for the first time ever by letting a final lip sync determine the winner, Shea ended up not even making it into the Top 2. And while we can argue that Sasha Velour’s rose-petal wig reveal was enough to make her a deserving winner, fans still felt cheated by watching someone soar all season and not make it to the very end because of a last-minute rule change.

This was almost the same situation we saw this week on All Stars. If we had known the eliminated queens would decide the Top 2 from the beginning then that’s a totally different story. But adding it as a twist last minute made the build-up of the past eight weeks seem completely pointless. After Shangela consistently stole the show week after week, to not see her in the Top 2 just so producers could squeeze in a twist was a major letdown. It was fun to see the queens come back and deliberate, but if we knew we were watching Survivor instead of Drag Race then perhaps we would have been more prepared to accept an arbitrary decision.

BUT. Drag Race also needs to stop introducing these twists at the last second.

Let’s go into a finale not knowing who is going to win because each finalist brought something so amazing and unique to the competition. Not because a last-minute twist is going to knock a deserving frontrunner out of the game for no reason other than shock value.

If #DragRace is gonna keep moving the goal post, it needs to do so fairly. Shea and Shangela played the best games, only to be shafted at the very last second. That’s not very fun to watch.

This one is a little more difficult to fix but has become a huge problem in the Drag Race fandom — the viewers have become monsters. Getting passionate about your favorite queen is not only to be expected, but it’s what the show is all about. However, as the show has gained popularity, especially from a younger audience, certain sectors of the fanbase have taken their dedication to their favorite way too far.

to those who are bullying and sending death threats to queens, remember that there are realer problems and far bigger enemies to fight.
don’t add to the hate negativity that already exists.
if you are in crisis there is 24/7 support at @trevorproject (866.488.7386)
❤️🌈 pic.twitter.com/2T9nifsjH4

Queens are consistently called racist slurs and receive death threats if they move forward in the competition and their favorite does not. Whether or not you think Trixie deserved to win, it’s certainly not her fault in any way that Shangela didn’t make the Top 2. And yet, “fans” have been attacking her non-stop since she received the crown. Kennedy and the returning eliminated queens have also received hate.

i am sad for shangela not making final two. i am also sad for trixie that she has to deal with y'all being ugly.

What happened wasn’t right, but going on a Twitter rampage to tear someone else apart isn’t going to fix things. It’s making them worse. All this hate is ruining things for the rest of us who are trying to watch a great TV show for a fun escape. Perhaps we can find a way to put an age limit on viewing — if you haven’t yet developed the emotional intelligence necessary to watch a reality TV show without threatening to murder its contestants then perhaps you should take a few years off. And for the fans of all ages who choose to celebrate their favorite without spreading hate to other contestants online, we salute you.

But there’s no time to implement these changes now. Season 10 is already filmed and debuts next week. It looks like it’s going to be a giant celebration of the past decade of Drag Race, but we hope it’s also filled with a variety of challenges, a winner based on merit, and fans who can enjoy the show without getting arrested for assault and battery.