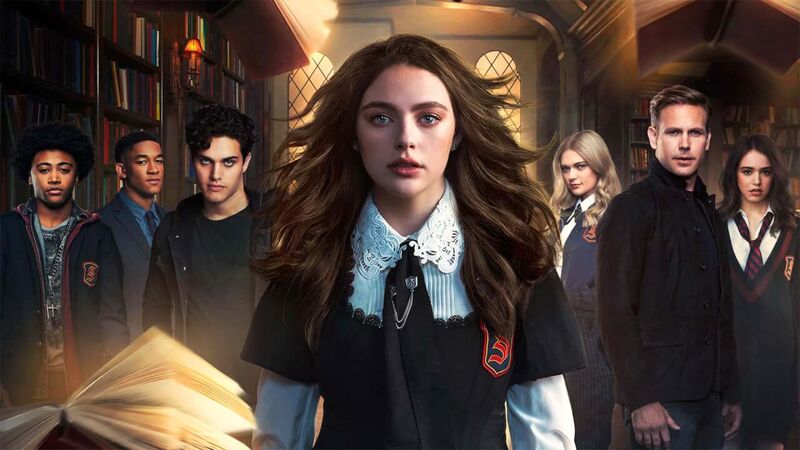 There is no doubt that the Mikaelson clan from The Vampire Diaries is considered one of the most powerful vampire families; but how would they fare against another vampire group like The Cullens? Or similarly, would Tyler Lockwood out-wolf Remis Lupin? In a clash of creatures, would those in The Vampire Diaries and Legacies mystify other iconic vampires, werewolves, and witches?

WandaVision‘s Agatha Harkness outsmarted an Avenger for a time using mind manipulation, sealing her place as one of the top witches in fandom. Her journey to gain Wanda’s chaos magic had us all fooled, and there was no length she wouldn’t go in order to possess it. Along with her cunning devices, Agatha used dark magic as her guide. Spells such as Psionic Resistance and Telekinesis made Agatha the villain even more lethal.

Bonnie, the beloved witch from Mystic Falls, holds her strength through a long line of witches and the literal anchor between this life and the next. She is not afraid to sacrifice herself for her friends, no matter the cost because she has endured several excruciating mental and physical challenges for their protection. Her loyalty makes her magic incredibly potent, including against some of the most powerful vampires in The Vampire Diaries series, two of the Originals. She also destroyed Hell itself along with all who were threats to her friends by channeling immense amounts of power. Through the course of her life, Bonnie has developed her magic into a force that is sought by all and feared.

Despite her ability to steal Wanda’s magic, Agatha lost sight of the bigger picture and was defeated through her negligence. She almost had what she desired, but was tricked by Wanda in the end. Bonnie on the other hand is almost always victorious. Her devotion to her friends keep her strong, while Agatha is only set on selfish intentions. Alas, a moral compass is not enough to defeat a 12,000-year-old witch. Bonnie is able to perform all the spells Agatha can and more, giving her more to pick from. While experience is the only advantage Agatha has over Bonnie, the long lineage of ancestors Bonnie can channel power from make up for the lack of experience.

In the end, Bonnie’s devotion and exceeding list of magical abilities, she would rise victorious over Agatha and her short-sighted goals.

Throughout his life, Harry Potter‘s Remis Lupin tries to hide the werewolf part of his identity through potions and spells. He was bit in his youth by a death eater werewolf, and despite great efforts was not able to stop this change. When transformed, he can’t remember himself, his abilities as a wizard and he’s unable to fight off the werewolf’s natural urges. This transformation only happens every full moon, so Lupin cannot change into a werewolf on command. While his deadliness may be lacking, if you were to ask Harry he’d admit that Lupin is terrifying as a werewolf. In this scenario however, looks don’t kill. Lupin was able to ward off a dog but was no match against wizards.

Tyler first got his werewolf powers by triggering a family curse, and though he rejected this ability at first, he soon embraces it. As a werewolf, he is able to fend off vampires, including the original vampire Klaus. Tyler was also a vampire-werewolf hybrid for a time, which enhanced his strength and fighting capabilities. He was able to prove this new strength by matching evenly to other hybrids and vampires, though his inexperience cuts him short in fights. Tyler is labeled a jerk, and his flightiness contributes to his shortcomings. He often bites off more than he can chew.

To be completely honest, this would not be a fair fight. While still deadly, Remis Lupin would not be able to keep up with Tyler Lockwood. Remis facing some muggles would be easy, but against a fully realized vampire-wolf hybrid, forget it.

We know what you’re thinking “Eleven?? In the midst of all these werewolves and vampires?!” Please just hear us out on this one.

As a siphoner, Lizzie is able to extract magic from those who possess magical abilities. Her aptness allows her to detect magical entities whether they are beings or objects. As long as she has siphoned magic she can perform any spells just as a regular witch could. While doing this allows her to be just as powerful as any witch, her weakness is that she’s unable to conjure any magic of her own. In order to succeed in battles, Lizzie needs a magical source. Without one her siphon powers are rendered useless. Her power also brought other limitations, as it affected her mental health and created imbalances in her life. Still, during this time of self-discovery, Lizzie was able to shape the world around her for better or worse.

Eleven from Stranger Things, or El, possesses psychic abilities that are both implausible and terrifying. Emotions lead her powers, which is why her best work is done in extreme distress. El is tied to her friends and uses her psychic abilities to protect them. Not to mention, the effects of her powers sometimes influence the environment around her, causing electrical elements to surround her. It takes a great amount of power to cause disruptions like this.

Tragically, Eleven’s backstory as a government experiment has given her incredible powers, those of which are difficult to explain and extremely draining to use. Lizzie, protected by the Gemini Coven, could easily siphon all of Eleven’s energy. However, pending this not occurring, Eleven could contain Lizzie just as she accomplished with the Demogorgon.

Winning against an unknown creature from a different plane of existence is no simple undertaking, placing Eleven on the number one podium.

The Mikaelsons vs the Cullens

The Mikaelsons are the original vampires. This clan has proved time after time that no one messes with them without consequences. While some of their relationships may be unstable, family will always come first. While they are the oldest and strongest vampires, the Mikaelsons have little else going for them. They have no special powers and no inner purpose except for staying alive. While they will protect each other, their selfishness will always stand in their own way.

In Breaking Dawn Part II, the Cullens and acquaintances held their own against those of the all-powerful Volturi, thanks to Alice’s power. While the Mikaelsons may not be involved in each other’s lives, The Cullens are concerned in all matters that occur with each other.

Originals versus vegetarian vampires appear to already have a clear winner, but it might not be as straightforward as one would think. The Cullens have an inseparable bond, proven by their full participation in Bella’s protection, despite objections. Each Cullen holds a different power, and even Alice’s future telling could save them an awful fate at the hands of the Mikaelsons.

If a Mikaelson threatened Bella, Edward would promptly fight to the death to protect her, along with the other Cullens. Due to the advanced skills and tight bond, the Cullens would conquer the Mikaelsons, despite being vegetarians.

Watch The Vampire Diaries, Originals, and Legacies all on Netflix, and look out for the new season of Legacies streaming on the CW.

Ivy
Ivy Siltala
Lover of the cozy things in life, like Harry Potter on a rainy day. Also holds an average amount of Star Wars trivia.