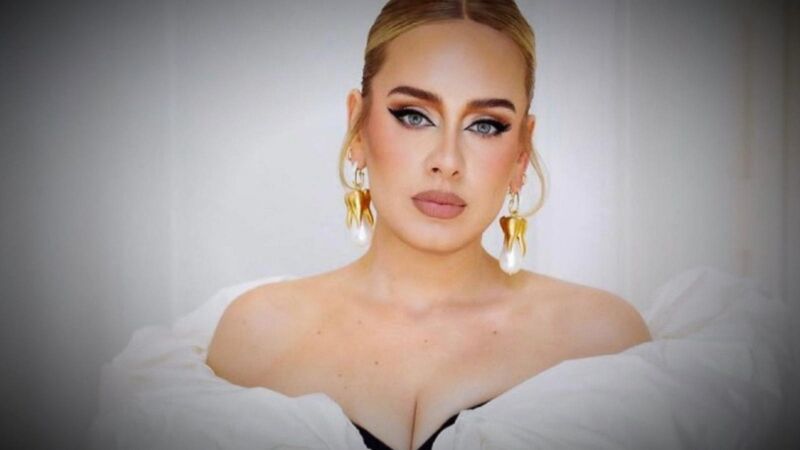 Should Adele and Taylor Swift Collab?

Both Adele and Taylor Swift entered this holiday season with heavy-hitting albums. Both tackling love, breakups, and personal growth, fans have some fantastic new and re-released songs to listen to this winter. Adele’s album 30 visits a new emotional depth as she shares her journey through her divorce and into her self-healing. On the other hand, in Taylor Swift’s album, she finally got to speak her truth and released her album on her own terms in Red (Taylors Version). Both of these amazing artists are staying on the top 5 lists, with Adele’s song “Easy On Me” reaching number one and Taylor Swift’s “All Too Well (Taylor’s Version)” at third on Spotify.

These artists shared strong stories of personal growth, breakups, and new relationships across all their albums. As they often sing from similar themes, maybe these amazing superstars could collab? Yes, please. So, let’s daydream a bit here and explore what this powerful duo could accomplish together.

Both have bravely told their truth throughout their music. We’ve been taken on their journey through life, time and time again, with classics like Adele’s “Hello” and “Someone Like You” and Swift’s “Love Story” and “Wildest Dreams (Taylors Version).” Fans have been able to grow with these great artists over the years, as they explored new musical avenues both in tone, genre, and topic. With songs in the beginning reflecting on teenage relationships and now more serious romances.

Another impressive talent these artists share is their ability to dominate a stage with the power of their voices. We recently saw that with Taylors Swift’s “All Too Well” performance on SNL with fall leaves descending and turning to snow, with the visual imagery of the evolution of relationships changing just like the seasons. This November, we also got to see Adele’s magical Adele One Night Only performance at sunset at Griffith Observatory with some of her powerful classics and new songs too. We also got insight into her album development and an update on her life with her interview with Oprah. So, they have the emotional and musical reach, and ability to powerfully perform, but could they collab? Well, we’ve seen more unlikely collaborations turn into beautiful classics.

At first, Lady Gaga and Tony Bennet look like a farfetched pairing but with their very own album Love for Sale we can see that’s far from true. Lady Gaga is generally known for her dance-pop classics but has expertly transitioned into classic jazz tones when singing with Tony Bennet. Lady Gaga hits new vocal heights with a revamped 1930s classic like “I Get A Kick Out of You” and “Love for Sale.” So maybe if they can do it, Adele and Swift can do it too.

What They Each Bring to the Table

Adele’s power, sultry mezzo-soprano tones, and careful precision in her voice could mix well with Swift’s light but strong vocal reach. These sopranos superstars could mix well. They are both moving through impactful life changes and could work through this new chapter together. Their voices are powerfully changing at the same time which could make for a unique masterpiece.

So, Soulful or Upbeat Pop?

We’ve seen Adele’s vocal progression between music genres, and can clearly make soulful music. It would be interesting to see if Taylor Swift can make that transition from her former country music songs over to this same type of soulful music with Adele. We all know Swift can sing about heartbreak, would another heartbreak anthem be right for the pair? Maybe. In her interview with Oprah, Adele has recently stated that she wants to write more music from a place of light and love, so maybe Pop it is then.

Swift has generally had more upbeat numbers, and with Adele’s new outlook, a powerful upbeat pop song could be perfect for these music icons. Adele’s new album has several fast beat songs with a great beat like “Can I Get It” and “Oh My God” that could inspire this new collab piece. With Adele’s new outlook on life and Taylor Swift regaining her power over her music, these two could collaborate on a compelling pop sensation.