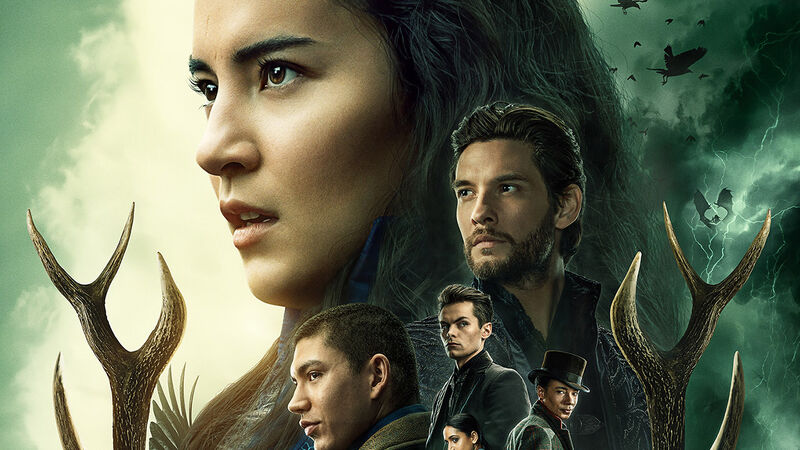 Exploring the Language and Locations of ‘Shadow and Bone’

One of this spring’s most anticipated series, Shadow and Bone, is here! The new Netflix show is based on Leigh Bardugo’s “Grishaverse” books – specifically the Shadow and Bone Trilogy and Six of Crows Duology.

Throughout the series, viewers see an elaborately constructed world filled with unique locations and diverse languages. So for fans of the books wishing to brush up, or for those just diving into the magical world of the Grishaverse, consider this your handy-dandy *spoiler-free* reference guide to the languages and locations of Shadow and Bone.

The world of Shadow and Bone is comprised of several culturally distinct lands. However, the one that viewers will become most familiar with is Ravka. Ravka is the home to several main characters in the show, along with the Shadow Fold. Also known as “The Unsea,” the Fold is a large outstretched band of physical darkness that splits Ravka in two. Within the stretch of the Shadow Fold lurks horrifying creatures known as the Volcra. These creatures and the treacherous journey into physical darkness have kept outsiders from East Ravka and kept East Ravka from the world.

Speaking of East Ravka, it is home to the capital city of Os Alta and houses the Grand Palace and the Little Palace. The Grand Palace is the Winter residence of the Ravkan royal family and where the Winter Fete occurs every year. The Little Palace, arguably the most important building of the two, houses and trains Grisha for military service. Once a child is discovered to be Grisha, they are taken from their families and sent to the Little Palace. Think of it as Ravka’s school for gifted youngsters. Once their training is complete, the Grisha are sent out to serve.

Meanwhile, past West Ravka is the small island nation of Kerch and the capital city, Ketterdam. This city is most known for its trade and subsequent criminal underbelly. Within Ketterdam is the Barrel, where many of the cities’ gangs reside within their clubs, pleasure houses, and parlors. One of these most notable establishments is the Crow Club – the HQ of The Dregs. Other notable locations include Fjerda, the nation bordering Ravka to the north, and Shu Han, the country bordering Ravka’s southern mountains. Across the True Sea is the nation of Novyi Zem and the Wandering Isle.

Like any excellent fantasy setting, Shadow and Bone features many unique words and lore that help shape its world. One of the essential words viewers will hear throughout the show — it even makes up the universe of the books — is Grisha. Grisha are humans who practice the Small Science. This is the art of manipulating matter at its most basic form, though many still see it as “magic”. Once a person is determined to be Grisha, they are placed into one of three orders.

Each order of Grisha is identified by a specific colored Kefta – a coat-like garment worn by Grisha. Corporalki wear red, Etherealki wear blue, and Materialki wear purple. These keftas are then embroidered with unique colors on the hem and cuffs to signify which abilities that Grisha has. For instance, a Grisha wearing a red Kefta with black embroidery means they are a Heatrender. In comparison, a red Kefta with silver embroidery signifies a Healer. These trained Grisha solely make up Ravkan’s Second Army, while regular individuals occupy the First Army. Both groups distrust the other, which causes rifts not only on the battlefield but also across Ravka.

And what fantasy setting is without fantasy money? One currency that takes center stage in Shadow in Bone is Kruge – the currency of Kerch. Money is what makes or breaks you in Ketterdam, and for a few of our main characters, one million Kruge is just the incentive to send them on a dangerous mission into Ravka.

LANGUAGES OF THE LANDS

One of the most exciting additions to the Shadow and Bone adaptation is hearing the languages of the different nations throughout the series. While all of the main characters speak English, you’ll hear some individuals in the show speak Ravkan and Fjerdan, and you may even see some written Kerch if you’re looking closely enough.

I spoke to David J. Peterson, the language creator for the show. You most likely have heard David’s work across various other fantasy and sci-fi media, including the languages spoken by characters in Game of Thrones, The 100, Thor: The Dark World, The Witcher, Raya and the Last Dragon, and more.

Unlike in most cases though, working on the languages for the new Netflix series wasn’t actually Peterson’s first interaction with Shadow and Bone or the Grishaverse itself. In fact, he became friends with Leigh Bardugo years before and even helped construct the Fjerdan language that can be found in several passages of Six of Crows and Crooked Kingdom. So it only made sense to have him brought on to help flesh out the spoken and written languages heard and seen throughout the Netflix adaptation.

Ravkan is arguably the most established language in the books, thanks to Leigh’s colorful words throughout the trilogy. Regarding developing the full spoken language for the show, Peterson noted, “There was a lot more text to go off of, so I wanted to be sure that I fit everything as neatly as possible. I think Ravakan was a little bit easier. I knew everything that was going on there, and it was just filling out the backend of it in a way that I thought worked well.”

Peterson then elaborated on his history developing Fjerdan for the books, and later the series, recalling, “With Fierden, when I was working with that, there were some [established] words and names, and so I was really just trying to match that aesthetic that Leigh was going for. This kind of harsh, German meets Norwegian meets Icelandic [feel] – very North Germanic type of thing. When I actually went to develop the full language for the show, I worked with another language creator on that, specifically somebody I thought would bring the right element to help Fjerdan come off well. His name is Christian Thalmann.”

When it came to collaborating with Thalmann, Peterson explained, “We worked together with what I had created in the books, and also with everything else that Leigh had invented. And I showed him this and said, ‘Okay, what are you getting from this? What do you feel from this?’ He came up with a lot of really surprising and interesting ideas. For example, something that was totally off the wall and that I never would have thought of: We don’t have a singular plural distinction at all in Fjerdan. I was looking at everything he was looking at and was like, ‘It makes sense. You know what, not only does it make sense, but it works better than if there was a singular plural distinction.’ And so we just kinda dove right in and started building from there. It was a ton of fun.”

The spoken languages of Ravkan and Fjeran were not all Peterson helped develop. He also had a hand in constructing the written versions of Ravkan and Kerch. Peterson remarked, “So with Ravkan, my guiding theme was ‘Fantasy Cyrillic’. That was really what I wanted to do – just create something that gave you feeling of Cyrillic while being at the same time, totally fantastic and suited to the Ravkan language itself. So I went with my gut there, and Leigh really liked it. She was very surprised by what I did for Kerch. For Kerch, I just had this idea, like, ‘If steampunk were a writing system.’ I was trying to imagine what that might look like, and that was what I leaned into for Kerch, and I thought it came out pretty well.”

Asked if he were a Grisha what kind of power he wishes he would want to have, Peterson replied, “The easiest thing to say is that I would want to be the Sum Summoner. But the coolest ones are obviously the Inferni. But on the other hand, there are also Squallers. I change my mind – I’ll go with Squaller.”

When a series, be it book or television, steeps itself deeply within its world-building, that’s when you know you’re in for something good. While the language and lore of a new series can sometimes feel daunting when first diving in, we hope this piece helps you feel knowledgeable while watching this fantastic show.

You can also explore more about Shadow and Bone at Fandom’s Grishaverse wiki!