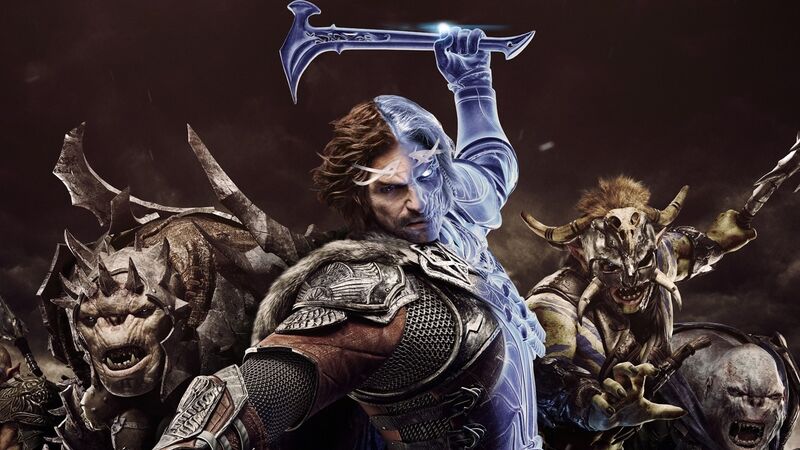 How ‘Shadow of War’ Fits Into the Tolkienverse

Like its predecessor, Middle-earth: Shadow of War is set between the events of The Hobbit and The Lord of the Rings. With sixty years separating the two stories, this is fertile ground to work in. In story terms, the events of the game occur between the Battle of the Five Armies that is the climax of The Hobbit, but before the onset of the War of the Ring which finally saw Sauron defeated and the destruction of the One Ring. Shadow of War takes advantage of this time gap to insert a uniquely crafted story that is both separate, yet linked to the events that occur before and after.

It is during the time between the two main series that Sauron sets about rebuilding his fortress at Barad-dûr and preparing to make war upon the peoples of Middle-earth. As we all know, Sauron is eventually stopped by two brave Hobbits during a three-book (or movie) road trip. In general terms, the timeframe between the two series is largely unexplored territory – Tolkien set down some events in stone in these intervening years, but there is a lot of room to play in.

In terms of design, Shadow of War and its predecessor draw heavily from the visuals established by Peter Jackson’s movies. The designs of many creatures and principal locations are based on their film counterparts, with new additions influenced by this design aesthetic. This makes sense due to the films being the most visible aspect of Tolkien’s works; both The Hobbit films and The Lord of the Rings trilogy have a unique and highly detailed visual aesthetic. Shadow of War’s use of the same designs creates a visual shorthand that instantly associates it with the film adaptations of Tolkien’s books.

The biggest connection tying Shadow of War to the Tolkienverse is undeniably the presence of Celebrimbor. Celebrimbor is the Elven wraith that is bonded to Talion in the events of the first game. Unlike Talion – who is an original creation of the game – Celebrimbor comes straight from Tolkien’s Legendarium.

In Tolkien’s works, Celebrimbor was a Ñoldorin prince who lived in the Second Age (the Third Age being the setting for The Hobbit and The Lord of the Rings). He ruled Eregion in the Second Age, and was a master smith. Why is this important? Because it was Celebrimbor who created the three Elven Rings of Power: Vilya, Narya, and Nenya. However, these three rings were not corrupted by Sauron. The Dark Lord tortured Celebrimbor, but the smith would not reveal their location. Dying from his torment, his body was hung from a banner and paraded when Sauron’s forces attacked the Elves.

At the end of the first game, the combined form of Talion and Celebrimbor set upon a new goal – to create a new Ring of Power with which to defeat Sauron and his forces. In terms of canon storytelling, we all know that this plan will probably not exactly work or Frodo Baggins would have spent his years with his feet up safely at Bag End. But who cares? The fun is in the storytelling.

Other characters that Tolkien created feature heavily in the game as well. The Dark Lord Sauron himself is the principal villain of the series. Talion and Celebrimbor are both intent on destroying him for the pain and suffering he has personally caused them. Sauron was, of course, the main villain throughout The Lord of the Rings series, and appeared in The Hobbit series as the Necromancer.

The giant spider (shudder) Shelob is also present in Shadow of War. However, in a departure from the usual depiction of Shelob, Shadow of War’s version is apparently capable of assuming a human female form. She speaks and is capable of actually fighting the Nazgûl in this form.

Speaking of the Nazgûl, they and many other enemies in the game are drawn directly from Tolkien’s Legendarium. The Uruks are the most numerous enemy (and ally), while the Olog-hai are a more advanced race of Trolls bred by Sauron in the late Third Age.

It is not just creatures that make the jump from Tolkien’s works to the game. Familiar locations from Mordor and beyond are featured as well, including Sauron’s fortress of Barad-dûr, the imposing Black Gate, and the dark strongholds of Minas Morgul and Cirith Ungol. In all the ways that matter, Shadow of War feels like a living part of the Tolkienverse.

Middle-Earth: Shadow of War comes out for PS4, Xbox One, and PC on October 10.