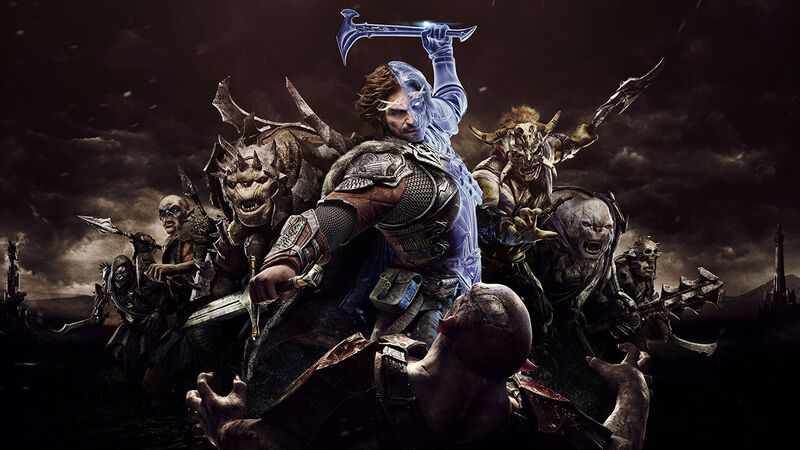 Strange things are going on in Middle Earth. Matthew Mercer facilitated a panel discussing the forthcoming game Middle-earth: Shadow of War, and developers and voice actors were on hand to discuss the game. Troy Baker returns as Talion and served double duty as the motion capture director for the game.

Kumail Nanjiani, most recently of Silicon Valley and The Big Sick fame, joins the cast as a kooky orc henchman. “My orc would have been an accountant if he hadn’t been an orc.” He tried to create a character who, in the face of confident, violent orcs, just tries way too hard. The character got big laughs from the audience and feels like a perfect fit for the crazy orc hierarchy that made the first game so memorable.

Veteran voice actress Laura Bailey, who previously played Ioreth in the first game, joins the cast again, but this time as Eltariel. She is an elf of prodigious martial and magical skill who serves Galadriel. Laura was exuberant and seemed thrilled to be part of the series. There is also a planned DLC campaign in which you can play as Eltariel, and after seeing her in action, that seems like a promising prospect.

Perhaps most strikingly for fans of The Lord of the Rings is the addition of Pollyanna McIntosh as the spider queen, Shelob. In Shadow of War, Shelob also takes on a humanoid form and seems to serve a similar role to Gollum in the first game, providing advice and guidance to Talion.

Shelob — you know her name, but what of her intentions? Can you trust the Spider? #ShadowOfWar pic.twitter.com/M0fm2QVi4o

I’m not totally sold on the idea of a sexy-spider lady Shelob, but the team behind Shadow of War seems up to the task of creating a compelling story that bends but doesn’t fully break Tolkien’s lore. She also told a story about how her grandfather, Angus McIntosh, by virtue of a squash game is responsible for encouraging Tolkien to write The Lord of the Rings to begin with.

With an expanded Nemesis system, characters new and old, and a promise of a playable campaign DLC, Shadow of War looks to be a rich successor to the fantastic original.