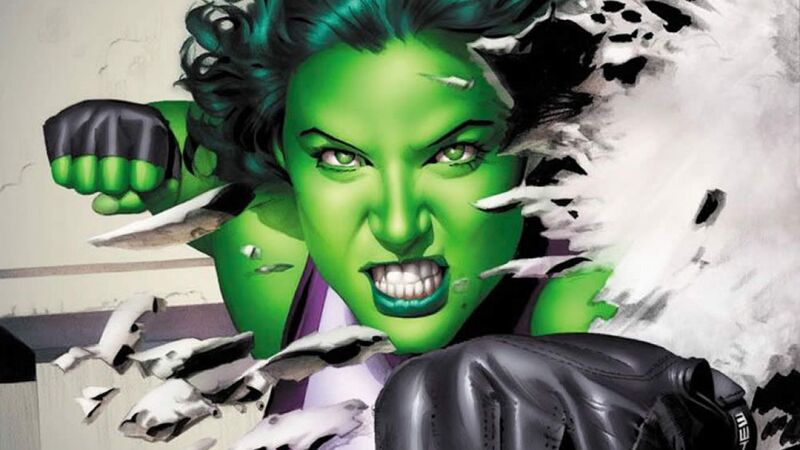 Marvel Comics and MCU fans continue to have plenty to be excited about with the growing batch of Marvel shows scheduled for Disney+ and in addition to Moon Knight and Ms. Marvel, the company has also announced a live-action She-Hulk series! If you’re wondering why there was so much buzz surrounding the woman also known as Jennifer Walters, we’ve got you covered.

Over the 40 years of her history, She-Hulk has made a name for herself. Sure, she started out as the lawyer cousin of Bruce Banner, who first Hulked out after a blood transfusion, but since then she’s blazed her own path in comics, one that often pokes fun at the medium itself and even its fans.

Debuting in 1980’s The Savage She-Hulk #1, Stan Lee and John Buscema introduced readers to Walters when her cousin Bruce showed up for a visit. While on a drive, she explained her latest case which revolved around a man being framed for murder by a mob boss. When she pulled into her driveway, she was shot by hoods looking to stop her investigation.

To prevent Jen from bleeding to death, Bruce made a quick decision and gave her a blood transfusion using his own Gamma-irradiated blood. She survived and when the killers tried to finish the job she turned into the jade giantess known as She-Hulk for the first time! Unlike Banner, she retained her personality as Jennifer Walters, though her transformation was triggered by anger. That eventually changed when Dr. Michael Morbius helped her out during his mostly-human-again period, allowing her to change into She-Hulk at will.

After her first series came to an end, “Shulkie,” as some of her friends called her, continued her lawyer career while also expanding her life as a hero. During her first tenure with the Avengers, which started in 1982’s Avengers #221, she helped take on the Masters of Evil, Annihilus and even the Beyonder during the original Secret Wars. During that limited series, she also fought Titania, kicking off a long-term feud between the two super-strong women that carries through to this day.

Walters also spent notable time as a member of the Fantastic Four, taking over for The Thing when he decided to stick around Battle World after Secret Wars. When Ben Grimm eventually returned to the team, following many adventures with the FF, She-Hulk went back to the Avengers. Between her time with both the Avengers and the Fantastic Four, her legal cases, a healthy dating life and just general superhero shenanigans, she knows just about every super on the block, this world and beyond!

John Byrne — the writer and artist of Fantastic Four at the time — launched a new solo series starring She-Hulk in 1989. Sensational She-Hulk broke all sorts of rules and played with Walters having an awareness of her existence inside of a comic book. She made jokes about darker Marvel imprints, addressed the audience directly and even threatened to destroy your X-Men comics if you didn’t buy her title — and that was all in the first issue!

Over the course of the 60 issue series, with other creators caming along to flesh out the comedy in various ways, Jen worked for the New York District Attorney, turned into the more savage Grey She-Hulk for a time and continued to expand her status as one of the best hero attorneys around (sorry, Daredevil).

Years later, Joe Kelly and Ed McGuinness picked up and expanded on a key comedic element She-Hulk incorporated into a Marvel superhero comic when they launched their Deadpool series.

Though Wade Wilson had been a wisecracker up until that point, his first ongoing series introduced the idea of him — or at least one of the voices in his head — directly speaking to the reader and understanding he was in a comic book. This element has been played up more and more over the years to the point where Ryan Reynolds’ cinematic version of the character directly speaks to film fans in both of his movies. If it worked for Deadpool in live action, it could definitely work for She-Hulk – after all, she did it first!

Dan Slott put his own spin on the character when he began a new She-Hulk series in 2004 with artist Juan Bobillo. With the new series, Shulkie got a new gig as an attorney at Goodman, Lieber, Kurtzberg & Holliway. Initially they only wanted her to work there in her human form, but before long they had the full-on, real-deal, She-Hulk working in their offices.

In that series, as well as the one that followed it — also kicked off by Slott, but finished by longtime Incredible Hulk writer Peter David — readers were treated to a look at Walters’ personal life, which involved a number of flings with super and not-so-super fellas as well as a variety of cases rooted in Marvel’s long history. Best of all, Slott established the idea that, in Marvel continuity, Marvel Comics are considered historical, legal documents! Walters even looked at her own origin story through that lens.

Since then, She-Hulk’s profile has continued to grow. She’s starred in more solo series, joined or re-joined teams and has taken part in just about every major event from Civil War and Secret Invasion to Fear Itself and Civil War II. During that last story, Jennifer fought against Thanos and was nearly killed by the Mad Titan. After that she turned back and forth between her human form and a more intense than usual grey-skinned alter ego. Now she’s back in green fighting alongside the Avengers as one of their heaviest hitters!

Given the multi-faceted nature of Jen Walters’ illustrious comic career, it’s no surprise that the powers that be decided to showcase her in a live action series. Not only is she a powerful hero — not to mention one with a direct connection to a big screen favorite — but she also boasts a life and career outside her hero life that can offer plenty of opportunities for thrills or laughs. The show can lean into something, not unlike Daredevil, with a more grounded lawyer angle for Jen or take a page from Slott’s playbook and make She-Hulk the Marvel Cinematic Universe’s premiere attorney for all sorts of super folks!

And you never know, she might have a thing or two to say directly to you…