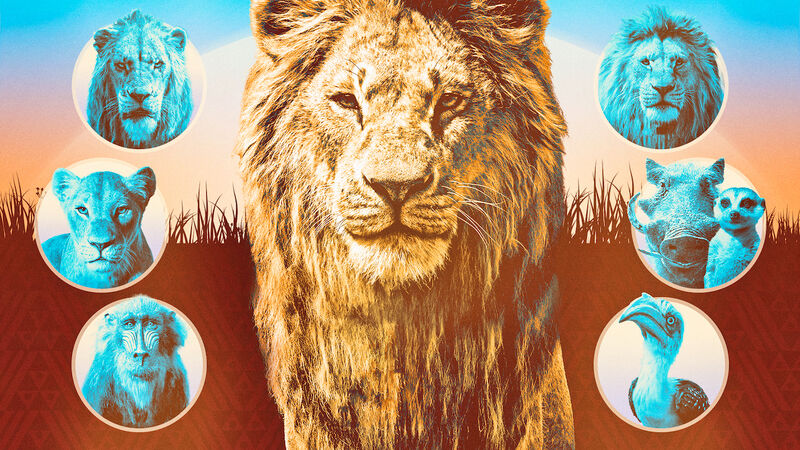 Why Simba Is the Weakest Character in ‘The Lion King’

The Lion King (Watch Now on Disney+) is one of Disney’s most beloved movies, seen by many as the crowning jewel of their Renaissance period. It’s packed with memorable lines, iconic scenes, and magical music that, even 25 years later, have stood the test of time. None more so that the image of baby Simba being lifted by Rafiki atop Pride Rock to the soaring opening number ‘Circle of Life,’ his whole future laid out before him. This classic scene sets the tone for the rest of the film in more ways than one. As well as placing Simba front and centre in Disney’s African adventure, it also sets an important precedent – that he will be carried by every other character on his way to becoming a hero.

OK, ok guys — hold up a second. Before Simba stans start feasting on Fandom’s carcass like angry hyenas, let’s get a couple of things straight. Yes, The Lion King is most definitely Simba’s story. He IS the Lion King. No arguing with that. But what did it take for him to become the ruler of Pride Rock? A whole team of strong, funny, ruthless, and – let’s face it – infinitely more interesting characters to guide him every step of the way. Let’s celebrate the contributions of an ensemble that creates their own king of the Pride Lands. Starting with…

Disney+ is the only place to stream favorites from Disney and more. Watch now!

Remember who you are.

You’d be hard pushed to find any Disney character that commands more respect and admiration than Mufasa. The blueprint for a successful ruler and hero, Mufasa reigns with dignity, humility, humour, and the power of James Earl Jones‘ vocal gravitas. He always tempers his instincts with his trusted advisor, Zazu, understands his place in the Circle of Life, and has patience for other’s mistakes. But he also has an inherent fierceness that secures his status as the alpha male. Even the mention of his name is enough to instil fear into his enemies.

Mufasa. He is dad goals. Plus, in his limited screen time among the living, he always sees the good, even though it costs him his life. pic.twitter.com/5NABwFtxQD

It goes without saying that Mufasa is vital to Simba’s story, both in his words and actions. From an early age, Mufasa begins to instil core values into his son, which are only uncovered much later in his life, but are integral to him taking his place as king. When Mufasa shows Simba their kingdom, he opens his eyes not only to his power, but to his responsibility to all living things. When Simba decides to prove his bravery by trespassing into the shadows of the Elephant Graveyard, Mufasa is forced to rescue him, and teaches him a vital lesson – ‘being brave doesn’t mean you go looking for trouble.’

Naïvely trusting his usurping uncle, Simba finds himself in danger once again, and we realise that Scar has found Mufasa’s only ‘weakness’ – his unwavering need to protect his son and heir. Mufasa’s unwitting sacrifice in order to secure Simba’s future is the ultimate proof of his strength of character. Little did he know that it would set his son on a different journey than he could ever have imagined.

Run away, Simba… run away and never return.

When we asked our community who was the best character in The Lion King, Scar was obviously a favourite. In the last year, he was the 16th most hit page in our entire Disney community, with Simba clocking in at number 50. He is up there with the greatest Disney villains, using his Machiavellian tactics to thrust himself to the top of the food chain. In contrast to Simba, who inherits rulership as the king’s son, Scar has to create his own success. He uses his position in the shadow of his glorified brother to quietly build up his own dangerous army of followers, manipulating everyone in his path with his dry-as-the-savannah wit. Not to mention he gets one of the best Disney villain songs ever in ‘Be Prepared.’

Scar. Best Disney villain and one of my favorite villains of all time. – Pokeballmachine

Unlike most Disney villains, Scar actually succeeds in his ruthless master plan very early in the story, easily dispatching of Mufasa and Simba in one fell swoop. It’s only the incompetence of his Hyena henchmen that makes his plan come back to bite him in the finale. In the final fight between Simba and Scar, he still has a chance to retain his place as ruler of the Pride Lands, despite dooming everyone to starvation. Thankfully for Simba and the gang, he’s finally overpowered by his nephew, in the ultimate triumph of good over evil. In many ways, The Lion King is as much Scar’s film as Simba’s, and for our money, he certainly has much more agency in the plot.

You gotta put your past behind you.

This dynamic duo were also a popular choice when we asked fans which The Lion King character is the best. Like all Disney double acts, they work best as a team, riffing off each other to create some much needed comedy when Simba seems to have lost everything. From the minute they discover the cub stranded in the desert and decide to take him under their wing, Timon and Pumbaa are extremely important to Simba’s growth – or lack thereof  – during the film.

Timon and Pumbaa make such an impact on Simba, because they represent a life which is miles away from the horrors he’s fled from. Far from the respect and order of the pride, here’s a wise-cracking meerkat and a warthog hanging out together, ready to make friends with a predator. Far from the responsibility that Scar instils into Simba at his father’s death, Timon and Pumbaa don’t have time for honour and duty at all, just for finding their next meal. Through his new friends, Simba learns to let go of his past, and all the pain and guilt that comes with it. Hakuna Matata.

But this is where the pair are also destructive. Simba’s so easily swayed by those immediately around him that he forgets about his past altogether. He must know that Scar could be making his Pride suffer, but he instead chooses to frolick around in the jungle with Timon and Pumbaa, honing his singing voice. It’s not their fault for being charismatic and opening Simba’s eyes to a life of pure freedom, but his own for choosing to ignore his responsibilities.

You’re alive and that means you’re the king.

Nala is a quiet force in The Lion King. If it wasn’t for the laws of nature, she would probably make an equal, or better ruler than Simba. From their time as kids together, she shares his sense of adventure, and gains his trust. But when Simba abandons his past life, Nala has to step up as leader of the lioness hunting party, largely responsible for the Pride’s survival under the tyrannical rule of Scar. She grows up, and learns what it takes to survive. If it wasn’t for Nala, Simba would have no home to go back to at the end of the movie.

When Nala discovers Simba in the jungle after years of thinking he’s dead, we suddenly pause on our free-spirited journey with him to see his life choices through her eyes. He’s not the hero of the story – at least not yet. Nala’s disappointment at his unwillingness to take the throne gets under his skin, and kick starts his belated journey to becoming king. Now he knows how to relieve his guilt, he has to learn how to take responsibility, and Nala is the key to getting him there.

The past can hurt, but the way I see it you can either run from it or learn from it.

Rafiki has a unique power in The Lion King, as he’s the only character who seems to have a spiritual dimension. Present from the moment Simba is born, he watches him grow from afar, but keeps an elusive distance until the moment is right. You get the feeling that something bigger than just a gust of wind tells Rafiki that Simba is alive, right at the moment when he is needed the most. And when Rafiki takes action, you better believe the job gets done.

I think Rafiki is the best character in #TheLionKing, because he is wise and he can open up a can of whoop-ass against a pack of hyenas. pic.twitter.com/YVRkBdgHaa

If Nala gave Simba a harsh slap of reality, Rafiki takes it to the next level, with the ‘bump to prove it.’ His intuition is so great that he knows his persuasion alone won’t be enough to bring Simba back to the Pride Lands, so he summons the spirit of Mufasa to seal the deal, imploring Simba to ‘remember who you are’ – the one true king. This is a poetic way to bring the story full circle (of life) and restore Simba to his rightful place as king of Pride Rock, much more well equipped than when he left. Yes, Simba can let go of the pain of his past, but he can also allow it to make him stronger, maybe even stronger than Mufasa.

Zazu might not be integral to the plot of The Lion King. In fact, Simba doesn’t listen to his advice at all (much to his detriment) and (spoiler) he ultimately ends up Scar’s helpless prisoner. But, despite being a bit rubbish, we couldn’t bear to leave out the loyal royal advisor, with his withering remarks and memorable rendition of ‘I’ve Got a Lovely Bunch of Coconuts.‘ We’re glad you stuck around, Zazu.

Alright, so we admit it. Simba probably does end up as the strongest character in The Lion King. But, for 99% of the movie, he’s trailing in last place, behind a whole ensemble of more charismatic characters. Their unique qualities fuse together to create their king, and long may he reign.